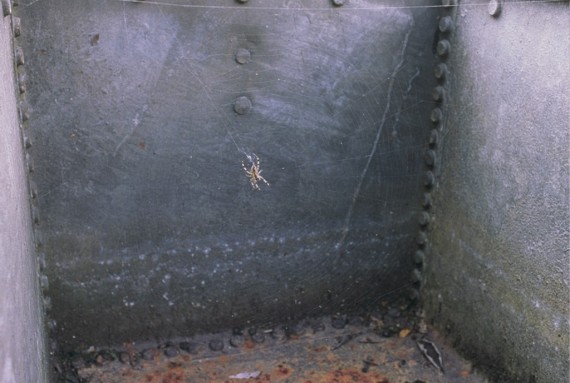 In Glasgow, wandering around Kelvingrove Museum and Art Gallery and the Burrell Collection, “Angel’s Nightie” was never far from my mind. In fact it was pressing down on me with many urgent questions requiring answers.

Back in Eastbourne, before leaving for Glasgow, I had made a start on it in the studio space. I had asked a friend to lie down and then I encapsulated him in chicken-wire. When put upright the structure measured about 8 feet high and scraped the ceiling of my space. It resembled a torpedo, or as my 6 year old daughter put it: Mummy, you’ve made a giant bottle.

So I worried at it, in my mind, whilst I was away from it. And I took photographs. Of taxidermied birds and stone birds around fountain-places. Of Angels with golden wings. And photographs of surfaces: gilt on wood, gesso on hessian, cord quilting, wadded quilting, embroidery, painted wooden statues, painted stone statues. Questions, questions, questions. were there any answers anywhere in there?

At night in the peace and dark of the hotel room I worried some more. And thought about bodies suspended in water, about Leonardo da Vinci’s drawings of the foetus in utero, about Christ’s body hanging from the cross, about meat hanging from butcher’s hooks.

But mainly about bodies in water. As death as a “sea-change”, as in:

“Full fathom five thy father lies;
Of his bones are coral made;
Those are pearls that were his eyes;
Nothing of him that doth fade,
But doth suffer a sea-change
Into something rich and strange.”
(The Tempest, Shakespeare)

And I knew that I needed to work on the basic structure of the chrysalis. That in order to change it I would need to do drawings of a body with a bowed head and knees drawn up slightly, a curved back, “wings” wrapped around itself: a structure that far more closely resembled the curvature of a chrysalis. And that would work best when suspended in air. Or in water.

So far away from my studio space I longed to get back to it and make a start.

It’s been the Easter school holidays. That’s one of my excuses for not blogging lately, but that doesn’t mean that work on my projects hasn’t been almost constant.

On the 25th March I travelled up to Glasgow by coach with my daughters and attended a War-time Knitting conference, The Kitchener Stitch, organised by Lynn Abrams from the School of Humanities, University of Glasgow on Friday 27th March. The Speakers were Dr.Jane Tynan from Central St.Martins, Wendy Turner from the Glasgow Women’s Library, Joyce Meader, Vintage Knitting expert, who spoke about War-time Knitting from the Crimea to Contemporary, and who showed many, many examples. And Barbara Smith from the Knitting and Crochet Guild.

Besides talking for about an hour without a microphone and without written notes, every minute of which was entertaining and informative, Joyce also had several tables set up with vintage knitting patterns, books and tools and a vintage sock knitting machine. And she also made one of the most, for me and the “small comfort” project, interesting and useful comments whilst she was in the audience making a contribution to another Speaker’s talk: that sometimes when on the front the soldier would receive a knitted item, for example a mitten without a thumb section and he might unpick some of the stitches and then, using (and this to me was the exciting part) some barbed wire straightened out to make knitting needles would make for himself some thumb sections. I spoke to Joyce about this afterwards and she added that he might also use a part of his rifle cleaning apparatus to make the knitting needles, but my heart (and macabre imagination) were already fired by somehow including the barbed wire knitting needles as a part of my piece.
At Joyce’s tables I also discovered a vintage cable knitting needle and with some vague hope asked Joyce if they were WW1. Sadly they weren’t which means that I will need to learn to knit with four-five double pointed knitted needles when it comes to making the balaclava etc.

I wore the red knitted ‘Up-and-over’ pullover, the beginning of my “small comfort” project, to the Knitting Conference. I’d completed that a week before the conference. Then in the days leading up to the trip to Glasgow I made the Vintage Knitting bag out of black silk and cotton fabric and satin lining. And began work on the Chest Protector prototype-in-red.
I made about nine pages of notes during the Conference, but the real treasure of the day had to be the comment by Joyce about the barbed wire knitting needles: in my mind’s eye I re-imagined them as four double pointed needles around the throat of an unfinished balalclava. (In the fairy-tale “the Wild Swans” Elise, sister to the eleven swan-brothers, does not have time to complete the sleeve for her youngest brother and as she throws the shirts over her brothers to restore them to their original form the youngest brother remains with one of his arms a swan’s wing.) 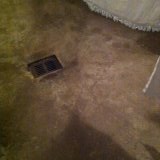 Following on from the previous blog entry I wanted to write about why I am resurrecting an idea for a piece from 1994.

Christmas 2014: I went to Germany to what was meant to be a family reunion and that turned out to be, instead, a “season in hell”, followed by a final, liberating rupture between myself and my Mother. Our relationship, in it’s dysfunctional miserable glory has been a constant source of inspiration in my work. After seventeen days with her over Christmas and New Year, where she brought me and my girls to tears on numerous occasions, she told us to never come back. That she never wanted us in her life again. It may seem perverse but that was the best Christmas present she could have given me. Over the years I have tried to protect myself from her vicious verbal assaults on every aspect of my character but it took her “laying into” my daughters that made me realise that only by withdrawing from the situation completely and permanently and facing the fact that my family consisted of solely my girls and me, that I could move forward with my life.

So, to much relief we came back to our life in England, where everything seemed warm and welcoming and precious. And we snuggled up and watched our usual DVDs: mainly David Attenborough, some “Wonders of the Universe” and yet more Nature documentaries. And it was there that I saw the striking imagery, again, of a dragonfly emerging out of its chrysalis. And the violent triumph of its breakthrough into a new life resonated with me and mingled with my feelings of anger and grief.

And I thought about “Angel’s Nightie”, about a chrysalis-body bag, that I had once wanted to make. And I felt that it was time to begin.

How wonderful to give birth to oneself; to finally cut the umbilical-apron-strings of being born of a Mother into a physical body, and move through transformation into another state beyond the purely physical/biological.

Angels as human butterflies/dragonflies. The light at the end of a tunnel.

One of the first pieces I saw when I walked into the Alexander McQueen show on Friday was a white sleeveless top made from polyurethane. “So that’s what that material looks like,” I thought and remembered back to a tutorial I’d had concerning an earlier incarnation of “Angel’s Nightie”.

The idea for “Angel’s Nightie” first came about whilst I was on my MA at Chelsea in 1994. I wanted to make a Chrysalis-Body-bag with that willfully child-like title. The Boy who was the love of my life had made a nigh-successful suicide attempt after I’d ended our relationship.

I perceived his suicide attempt as an act of aggression, a retaliation, ultimately as a way of holding the trump card, of having the last word. And I was angry. Angry that he could throw away his life so easily. Angry that he would use his suicide as a way to pass his suffering on to me, not letting me get away.

So I dreamed up “Angel’s Nightie”, it’s title so ironically sweet and irreverent, covering over a cesspit of rage and hurt; a place I continually return to in my work.

“Angel’s Nightie” is death (and suicide) as a violent rupture from life; suicide committed in the white heat of the moment, as an act of aggression turned inwards.

It is also about metamorphosis and transformation. In my grief in those following months I discovered the work of the Jungian James Hillman. His book :”Suicide and the Soul” had a strong impact on my re-assessment of it. Anger was replaced by understanding.

The book helped me again, when I referred back to it eight years later, when the Man who had been the Boy that I loved more than anything in the world, did succeed in killing himself, at the age of 33.

Over the past two weeks working on the “small comfort” piece has become obsessive and on Sunday afternoon I had managed to get this far in the “Up and over vest” that I am making in hand-dyed yarn from YAK (in Brighton).
By Monday Lunch-time I was about 2.5 inches away from completing the piece when I noticed my ribbing, the last bit that I needed to do, was looking wrong. Slightly, towards one of the edges. With great trepidation, because unraveling scares the hell out of me, I watched some youtube videos on the subject and read up about it in my “Knitting Basics” book (did I mention I’m a beginner?) and then pushed a slightly smaller knitting needle several rows below the mistake through what I hoped were the right loops and along the correct row.
What a disaster! I can’t describe the mess that I ended up with: weird loops and stray ends of yarn appearing all along the mess of a row I now had. After looking at it and trying to puzzle it out for two hours, with the kind of grim determination that these catastrophes bring out in me, and my 9 year old daughter saying to me: Give it to me, Mummy, I can do it for you and me: much cursed mutterings under my breath, I acknowledged that it was time to put the knitting to one side and that maybe it was nature’s way telling me to do something else for a change.
So after putting the children to bed I blogged about the Alexander McQueen show that I’d seen on Friday (see previous post) and focused my attention on “Angel’s Nightie”: bought modroc and aluminum wire online and watched youtube videos about CAD for Costume construction and pattern cutting.
This morning, after school drop-off, I then took my ravaged knitting to Brighton’s wonderful YAK store in Gloucester Road (www.yarnandknitting.com) and to it’s owner, the equally wonderful Kate Metherell, who was able to salvage my knitting in no time at all, whilst I sat there in the calm of her shop, listening to the ticking of the clock, feeling anxious and eternally grateful.
So it’s Tuesday, the sun is shining again. I’m in my favourite cafe surrounded, on my right, by a man making notes on Henry Miller, and on my left, by a Woman making notes about the Vagina Monologues.
Tomorrow I want to write about the background to “Angel’s Nightie”, but I just needed to get the tangled wool out of my system today.