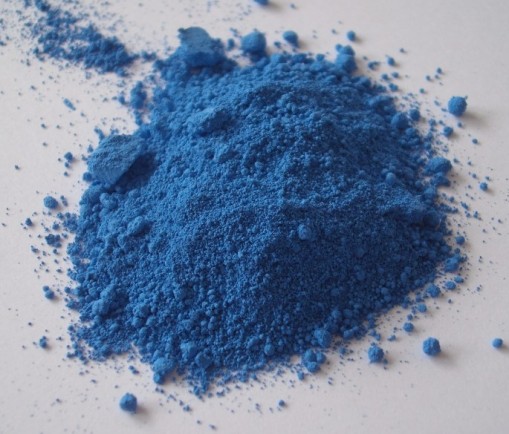 Gill Hedley has the arts running through her veins. As director of the Contemporary Art Society between 1993 and 2006 she created two ground breaking Lottery funded collection development funds for 25 UK museums. These funds offered opportunities for museum curators to purchase work for permanent collections and develop their own careers. Since 2006 she has been working as an independent curator, consultant on the visual arts, writer and critic. Over the years Gill has visited a vast number of artist studios both in the UK and overseas and when we met on Thursday at the Royal Academy I took the opportunity to ask her about some of her experiences.

The first visit to an artist studio was when Gill was still at school. She described it very clearly as the most romantic of experiences, something which the artist, a post graduate student, encouraged. She remembers being shown a bag of Cobalt blue pigment, the intensity of which she has never forgotten. Without the aspiration to be an artist herself she studied the History of Art at the Courtauld Institute, where the foundations of her understanding of art practice were explored and knowledge honed.

When Gill visits studios now she understands the importance of her visit to the artist: potentially, she will be doing something for them. “They tidy up and there are biscuits’” says Gill; she is very aware she is being prepared for. Curator visits can be significant events, maybe the beginning of a relationship that will prove productive for many years or a life time. The curator can help the artist to move the work beyond the confines of the studio, access larger audiences, make connections over and above their own network and as such the symbiotic relationship develops.

There are a number of reasons why Gill has visited  studios over the years : buying work for museum or corporate collections, choosing work to sell at the CAS art market and, nowadays, selecting work for exhibition or offering professional development advice. She also takes private clients to buy work for their own collections and arranges tours for foreign curators. Her vast knowledge of international artists means she often introduces the work of overseas artists to UK curators. Her network is extensive and her activities multifaceted yet Gill remains communicative, supportive, attentive with those she chooses to work with. Recalling a studio visit when a desired work was generously sold by the artist for less than the market price for a public collection, Gill spoke of the emotions surrounding the interaction. Studio visits can be charged experiences for all involved.

At times Gill has visited ‘open studios’ where the artist has been absent. One such example was a visit to Sean Scully’s studio in New York where an armchair had been placed in front of a painting indicating the position of the contemplating artist, reflecting on work in progress or a recently completed work. This is where the studio becomes a stage, where work tools are reduced to inanimate objects; props waiting to be used. The empty chair invites us to consider ourselves sitting in that space, playing the role of the painter in a set where usually there is no audience.

It would have been unfair of me to ask Gill to name her favourite studio and she would certainly not have done so, as is her professionalism but she usually visits Delacroix’s when she is Paris, first going there when she was at university. When the curator, critic, collector enters the artist’s studio both parties are keenly aware of the possibilities and perhaps how it may be the beginning of a romance.