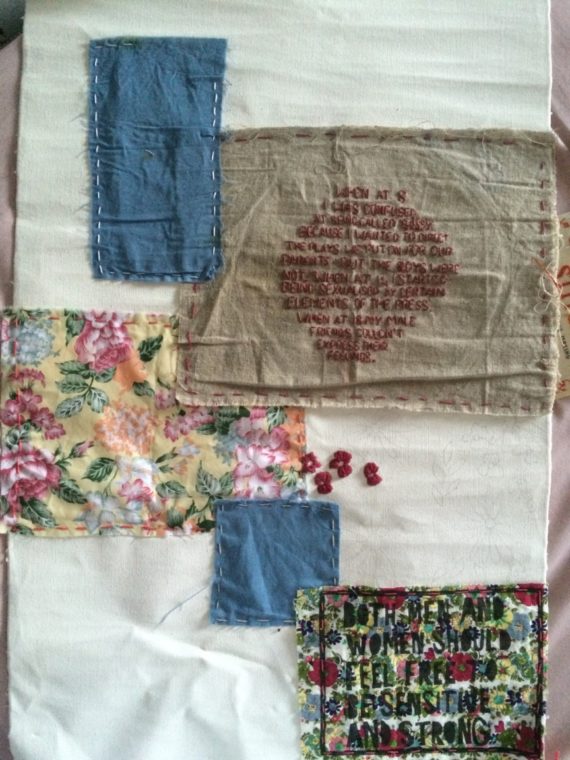 Reading through Emma Watson’s UN speech on gender equality, i am glad to see that she has not only focused on the problems females experience with being sexualised, but also the problems males face with sensitivity and the pressure of being a ‘man’.
I not only want to show the issues around how females are represented in the media, but I also want to show the issues around men being unable to express their feelings.
Using the following quotes as inspiration, I am planning on painting large scale portraits of men and women, embroidering captions over the relevant painting ;

“Gender equality is your issue too.”

“When at 15 my girlfriends started dropping out of their sports teams because they didn’t want to appear “muscly.””

“When at 18 my male friends were unable to express their feelings.”

“We don’t often talk about men being imprisoned by gender stereotypes but I can see that that they are and that when they are free, things will change for women as a natural consequence.”

There are so many more quotes that I could look at too, but I feel these ones really hit home and ensure that it is understood that gender equality is a problem for both sexes.