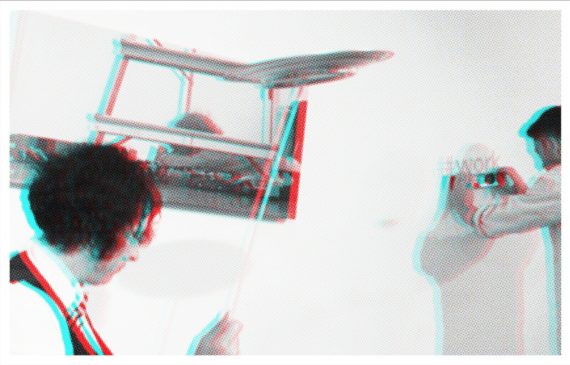 43 participants including adults and children

Point 1 – Suitcase
People where asked if they wanted an International or Domestic residency and noted their responses on luggage labels. The scores for this where International – 24    Domestic – 12. I was surprised to see that families where open to longer periods of travel than I expected for example months or even up to a year. Although I wonder if the explainers indirectly influenced their response by informing them at the start that a residency could be for 1 day or up to a year. Going for months would be the middle answer in that scenario and the popularity of 1 year as it had already been suggested as a maximum stay.

Point 2 – WAIT HERE SIGN
After continuing along a pink line on the floor to the next point people where suddenly stopped at a sign and told before you continue on this journey I want you to stop and think about a barrier that may stop you taking part in a residency. Comments where written down on a postcard and posted into a box. It will be no surprise that the biggest barrier for people is MONEY. The word ‘family’ frequently came up which makes me feel a bit sad. Other responses included different family relationships such as elderly parents or siblings.

Examples of ‘Barrier’ postcards
How would the family be involved?
Work disapproving while away
Being away from my sister
Caring duties of parent
Doesn’t want to leave family
Social anxiety being with the same people
Fear of flying and indecision
Sick, illness

Point 3 – Welcome to your artist residency
Participants where presented with a selection of colourful shapes and asked to select the most important 3. An alternative ‘other’ tag could be added if they wished. The choices where: FUNDED   PRESENT   MAKE   GUIDE NETWORK The most popular choice was MAKE and the least selected PRESENT. This surprised me as I thought that most people would choose PRESENT. However as the main participants where the general public I feel artists may have selected PRESENT. NETWORK scored 2nd most popular which I felt was an encouraging sign that families want to meet other people and not only mix with their own group. FUNDED was third most popular reflecting the importance of money in supporting families to take part in a residency.

A gentlemen was curious and looking in and around the recording booth where I interviewed artists only and I asked him if he was an artist. He said ‘not a professional one’ as he doesn’t earn a living from his work. We spoke more and I said that just because you don’t earn a living from your work doesn’t mean that your not an artist. I asked if I could interview him and he was happy to take part. This got me thinking about how many other artists are out there who do not class themselves as professional artists based on income from the arts. How many artists are creating a mental barrier based on their own mis-definition of themselves? Does this misconception stop these artists developing their practice and networks? Do institutions do enough to engage with artists outside of the obvious artist networks?

An artist mother of four commented that in an ideal world she would like to go away for 1 month abroad. However realistically there would be too much to organise with a large family and on reflection a domestic destination would be more suitable. After asking her if a 1 overnight residency stay would be of interest she added that a one night stay once a month over a period of a year would be doable to make up a two week residency. Reflecting on peoples reactions and opening up the question I would like to research further residency structures at the university of Salford. For example, What is your dream residency? What is a reality residency? Write your answers down on a postcard.

All 10 interviewed artists where asked if they would be interested in a 1 night residency stay which everyone responded with ‘yes’.

I felt that all the activities where family friendly based on how they generally stayed together throughout and mix of written responses from all ages. Children particularly liked being given their own stickers to decorate the lanyard. The performative ‘explainer’ role and the basic information given to people at the start helped the public get into the idea of being on a residency even though most had no idea of what this was before taking part in the activity.

It’s hard to know what artists want from a residency without asking them first which highlights to me how important it is to nurture relationships with the resident artist well before the stay. Artist parents want lots of detail about the residency structure and how the family will be included. I need to be clear what the residency offer is and create in collaboration with them a programme of family friendly activities during the stay.

Interviews allowed creative conversations about the I am resident lanyards as an intervention into the gallery and ideas for residency structures.

How can I get more artist and artist parent responses? This will allow me to compare responses from the public with them to see if there are any obvious similarities or differences.