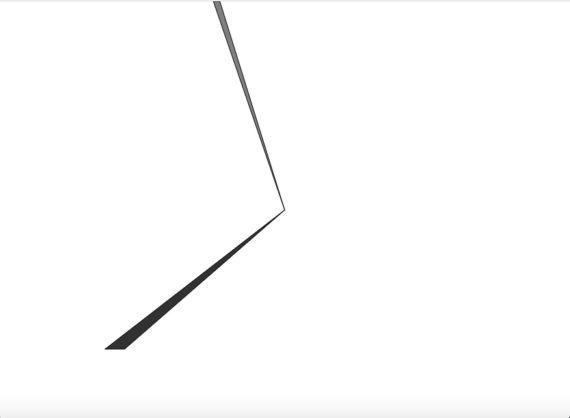 i’ve found a shady spot in the house near the window through which i look at a day so hot even the sky looks white without cloud.  our puppy is sunning herself and the children have all finished for half term and have come home making lots of noise.  at donnington park the racing world is paying tribute to nicky hayden by doing what he lived for.

tomorrow i’ll be showing as part of the derbyshire open arts weekend.  not something i’ve done before i’ve found it incredibly useful to focus on and make new work for.  it’s come at a time where i’ve been feeling happier in myself and been doing things differently when i work from home.

today i’ve been doing those last minute things, completing the most recent skulk of foxes and making guides for the digital drawing machine.  i’m loving my feeling of no care in the world as i really don’t know who is going to turn up and interact with the works.  something within me has definitely shifted and its for the better.

my latest experiment with the non linear film format is also viewable on line and is called experiment 14.  the images above are screen grabs from the evolution of the film.  within the work i’m experimenting with sound within the format, image creation with the preview images, text and authoring for a museum context.

i wanted to make time to write this post when there is so much going on around because soon we’ll be into june.  next week i have an interview for a work position over the summer and this is another part of the feeling of things are getting better for me and i wanted to share this with you.

wherever you are and what ever you do this weekend i wish you a glorious time with continued optimism and progress.