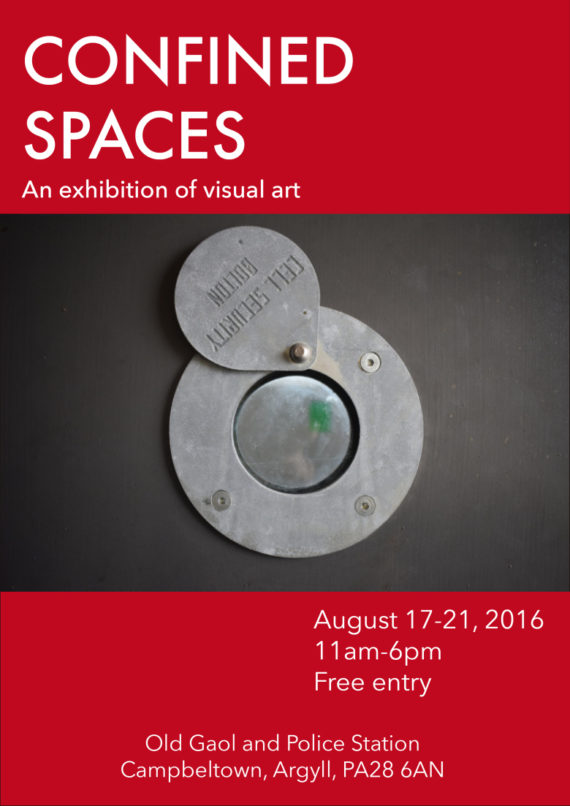 Confined Spaces is a contemporary art project in the old gaol building in Campbeltown, Argyll, involving artists from all over Scotland.

From August 17th to 21st 2016, the artists will take over the cells, holding a pop-up exhibition of work that will be free for the public to visit.

The Victorian building was built in 1847, and served as a gaol and the town’s police station until 2009. It has not been opened up to the public since.