2018 Budget and the arts: boost to small businesses and self-employed, but uncertainty of Brexit looms large - a-n The Artists Information Company 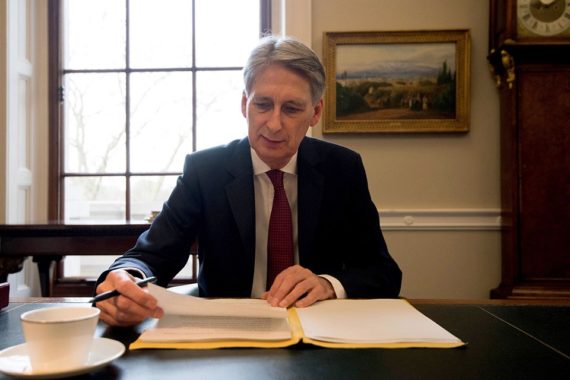 Chancellor Philip Hammond has presented the final budget prior to Brexit taking place next year, with a number of factors having an impact on artists and the wider creative industries.

Hammond outlined a £30bn boost in public spending by 2024 during a 71-minute speech at the House of Commons, claiming “austerity is coming to an end”. This is reflected in short-term increases in spending on universal credit, defence and equipment for schools.

However, he also warned that if Brexit talks collapse he would be forced to hold an emergency budget in the spring. This was criticised by Labour leader Jeremy Corbyn, who said the budget amounted to little more than “half measures and quick fixes while austerity grinds on”.

Amongst the positives are an increase in the tax-free personal allowance to £12,500 for basic-rate tax payers, while self-employed workers could be in line for a boost to their retirement savings after the chancellor promised to review auto-enrolment rules later this year.

However, self-employed people could end up paying more tax from 2020 due to IR35 changes. Employers could now face serious consequences if they wrongly identify a worker as an employee or self-employed, although the new rules will only apply to medium to large-sized businesses.

Since the changes were adopted in the public sector, there are reports that some organisations are ‘playing it safe’ by deeming all engaged contractors fall under IR35. Tax experts say the new rules could reduce a worker’s net income by as much as 25% with the extra income tax and National Insurance contributions.

Hammond also said there would be an extra £2.7bn for Universal Credit, while there will also be an increase in the work allowance – the amount claimants can earn before Universal Credit begins to be withdrawn – by £1,000 a year, at a cost of £1.7bn annually. He claimed this will mean 2.4m working parents and people with disabilities will be better off by £630 per year.

In terms of education, the chancellor has pledged £400m for ‘little extra’ for schools. The money is worth, on average, £10,000 per primary school and £50,000 per secondary school, he said.

Amongst the other key points announced in the budget are that fuel duty is to be frozen for the ninth year in a row, along with beer, cider and spirits duties. There will also be a new 2% digital services tax on UK revenues of big technology companies, from April 2020.

There will be a new tax on plastic packaging which does not contain 30% recyclable material, although there will be no tax on takeaway coffee cups.

Responding to the budget, Alan Bishop, CEO of the Creative Industries Federation, said: “It is impossible not to view this budget against the backdrop of the uncertainties faced due to the UK’s upcoming exit from the European Union.

“The possibility that the spring statement may be upgraded to a ‘full fiscal event’ suggests that an emergency budget may be forthcoming should a deal not be reached. It is vital that creative enterprises and entrepreneurs receive assurances that they will be fully supported if this is the case.”