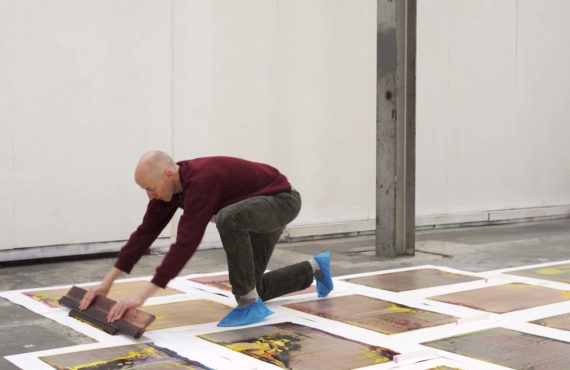 Announced as the inaugural fellow in July, Carlin could be said to already play a key leadership role in the visual arts in Salford and Manchester, particularly in terms of artist-led initiatives.

Based at the studio complex and arts venue Islington Mill, as well as exhibiting widely as an artist he is the founder of the Islington Mill Art Academy, an independent peer-led art school, and the artist-led residency scheme, Islington Mill B&B.

“Our work [at Islington Mill] has been a continual questioning of the given structures,” he says, “a process of trying out new ideas and approaches which could be more beneficial to artists.” 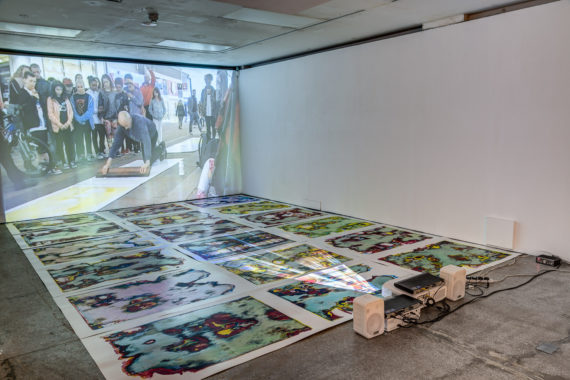 What made you apply for the Clore Visual Artist Fellowship?
I was intrigued that it is the first dedicated visual artist fellowship, and that a-n had chosen to support that. I was attracted to the self-directed nature of the fellowship; there are relatively few routes to develop what we do within visual art, and the paths to developing a practice are often narrow and limited, and pretty unattainable for most. I’m interested in opening up the opportunities and routes. The fellowship seemed like it could offer an interesting context to develop my work and explore these wider issues.

Most importantly, Clore offers a supportive context, affording people the time and space outside of their usual lives to consider what their potential might be. This is hugely valuable. I think it is so difficult to find time to step outside of ‘busy’ mode to consider these bigger questions, which are so vitally important to understanding what it is that you are doing, what you want to be doing, and how you might be more effective towards achieving that.

In what ways does the fellowship relate to your practice as an artist?
I think the fellowship is about supporting people who want to make change in the world, but perhaps don’t have the skills, resources or context to get their ideas off the ground. Since I began my art practice in 2007 through setting up Islington Mill Art Academy (a self-directed, free and alternative educational structure), I have been interested in not only making art but in working to reshape the wider context that art and artists operate within. I’m interested in addressing these wider structures, not only because they directly affect what is possible for artists, but because they have so much bearing on our perceptions of what art is and who it is for. 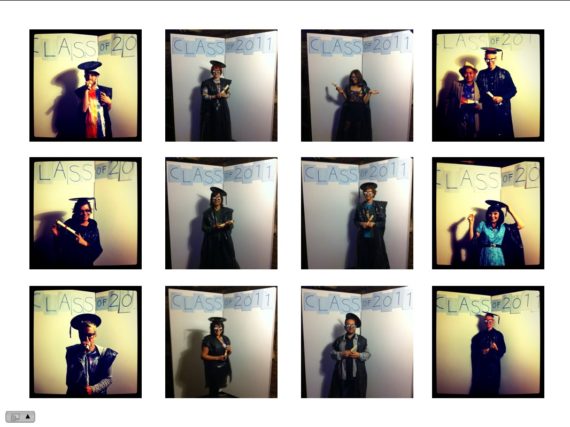 Since 2014, myself and a group of artists and curators (Bill Campbell, Helen Kaplinsky, Jen Wu and many others) have been developing a project called #TemporaryCustodians. It emerged from a piece of work I made in 2013, Performance Publishing: Regent Trading Estate, where I began to explore ideas around distributed, networked ownership – in the case of this work, how a large-scale installation with 135 individual print pieces could be co-owned by 135 temporary custodians, rather than one single owner. The wider project is to do with considering artworks as entities that have a lifecycle, things that can shift and change according to their context. This is opposed to the dominant idea of art as a hallowed object preserved in its original state for eternity, something which the majority of work created by artists doesn’t fit with.

We are also thinking of #TemporaryCustodians as a term which better describes what we do – a role which encompasses elements of art making, curating, facilitating, commissioning and collecting, but one which is not adequately described by any one of these. For me, it is to do with taking some form of care or responsibility for your own practice, as well as the creative process of those around you. It’s about being a temporary custodian, both of the places that enable that creativity and the things that result.

And what about Islington Mill in general?
The ethos of Islington Mill is about enabling people to live and work as freely and creatively as possible. Taking a cue from the Clore Fellowship, we are at the moment considering a specific fellowship for artists (in the broadest sense and including curators, promoters, etc) to have a supported, year-long experience at Islington Mill. They would have the opportunity to develop a specific project or idea, working with and alongside each other, with access to the resources and people who can help to bring their projects to fruition.

With Islington Mill Art Academy, we have had a lot of success with the approach we have taken. As we come up to its 10th anniversary next year, we are looking at what shape it could take for its next phase. The Clore Fellowship offers a timely opportunity and an appropriate context for me to consider some of these questions. 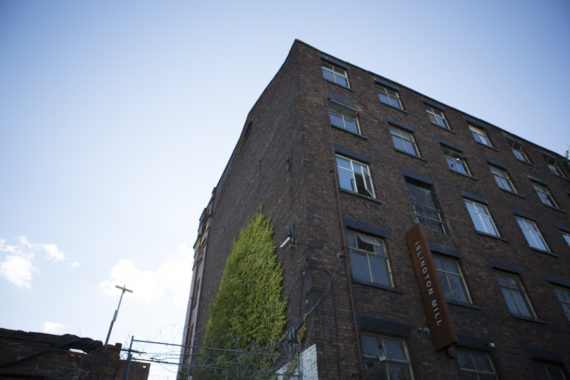 How important is the issue of effective leadership for visual artists?
I think effective leadership is hugely important in the visual arts, particularly in the artist-led field. I’ve been involved in lots of artist-led projects which haven’t achieved what they might have because of a lack of leadership skills across the participants involved. I don’t think this is a surprise – there are very few opportunities in life to learn about how to work together to achieve common aims. One of the things I’ve found most exciting about artist-led groups is how the collectively generated energy can create something from nothing very quickly. But too often this energy isn’t directed clearly enough towards achieving a shared vision and so the people, the energy and the focus tends to disperse prematurely.

Do you think the issue of leadership is an area that artists generally feel comfortable with?
I think that there is a general suspicion or caution around leadership – these perceptions go well beyond the arts. They are likely to do with negative associations around the language of leadership. When we hear the term ‘leadership’ we tend to think of binary associations to do with leaders and followers. For me, leadership as a set of skills is involved in almost every collaborative or group endeavour – nothing happens without people deploying leadership in various ways towards achieving something.

There is a huge difference between ‘leadership’ and ‘the leader’ – the ‘Clore Leadership Programme’ is called this for a reason, in that it’s aimed at helping to develop leadership skills within all areas of the arts. What I’ve often found in the artist-led sector is a reluctance to acknowledge difference between people in terms of their skills, experience, etc. This often means that roles aren’t clearly attributed, everyone does a bit of everything and there isn’t much accountability. This sounds a bit harsh, but I only say it out of personal disappointment in what could have been achieved with more acknowledgement of the role that leadership has to play. 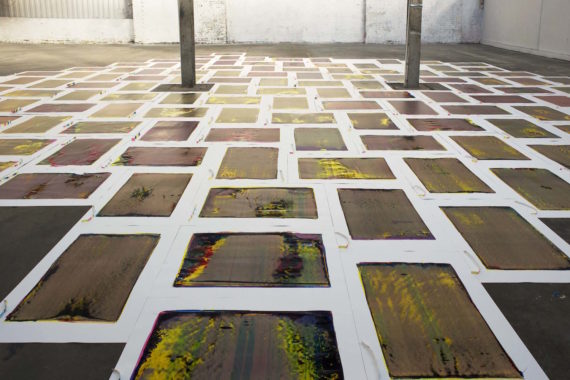 So there should be more emphasis on good leadership in the visual arts?
I think that artists and everyone involved with the production of art are the most vulnerable to exploitation – lack of pay or contracts, unequal opportunities, etc. In order to address this, I think we should have more ownership of the system that we produce works for. But how are we going to do this? I wonder if we can begin by taking on some form of care, responsibility or awareness for the wider artistic process; not just our own work but that of our peers too. I’m interested in how artists and everyone involved with the production of art can work together and use leadership skills to improve our circumstances.

The visual arts have become increasingly high profile in Manchester/Salford in recent years, through Manchester International Festival (MIF), Manchester Art Gallery/Whitworth, and other organisations. Do you feel that artists themselves have a loud enough voice in this?
Broadly speaking, I welcome the shift, as at least it means that people are checking in and taking an interest. I think it’s too early to say what any of this means for artists in the city. I think Salford/Manchester is still of a size and scale where the artist led and bigger institutions can be in dialogue with each other; this does happen, but not enough. The Liverpool Biennial Associate Artists Programme is a promising model for how large-scale institutions can support artists in a more sophisticated way – Salford/Manchester could pick up on this cue. I am optimistic, though. MIF has a new director who has adopted a radically different approach to the previous administration, through being much more open to the new ideas and artworks that are being trialled and produced right here in the cities.

What are the key things you’d like to get out of the Clore Visual Artist Fellowship?
Personally, I would like to develop a more coherent language (both written and material) to articulate and bring together the work that I do – which touches on many points across the artistic spectrum (education, making, organising, collecting/care, distribution). More widely, I’m interested in how we can begin to change perceptions, both within artist communities and the wider world, of what it means to be an artist in 2016. Despite the many roles that an artist today might occupy, the general perception is still, I believe, of someone who works in a relatively isolated way, producing unique works for appreciation by a rarified audience and purchase by an economic elite. How can we begin to develop a wider awareness and thinking among artists of what our role could be and where our work could be situated within the wider world?