A Q&A with… Nicholas Sharp, director and co-founder of The Multiple Store - a-n The Artists Information Company 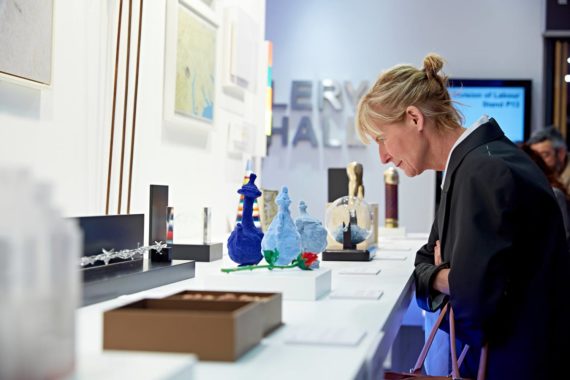 The Multiple Store was founded in 1998 by Nicholas Sharp, a lawyer who specialises in contractual, copyright and other legal issues that affect artists, and Sally Townsend, a journalist and commissioning editor.

Their aim was sustain a renewed interest in artists’ multiples which, in the 1960s and 1970s, had been seen as a ‘democratic’ form of art, with artists using industrial production techniques to make their work more widely available and affordable.

The early 1990s had seen a resurgence of interest in the form, particularly from YBAs including Sarah Lucas and Tracey Emin whose The Shop sold customised T-shirts, ashtrays and mugs alongside the artists’ ‘proper work’.

Sharp and Townsend wanted to encourage contemporary artists to make use of new materials and processes to create affordable, high-quality editions.

With a small amount of funding from Arts Council England to research their idea, and with the support of Central Saint Martins fine art department which initially offered use of an office and provided a part-time salary for Townsend to run the project, The Multiple Store was born.

Now, having produced over 35 multiples and editions with artists including Turner Prize nominees and winners such as Fiona Banner, Grenville Davy, Anya Gallaccio and David Shrigley, The Multiple Store is hosting its final show, ‘The Last Editions’, which opens in London on 18 November. 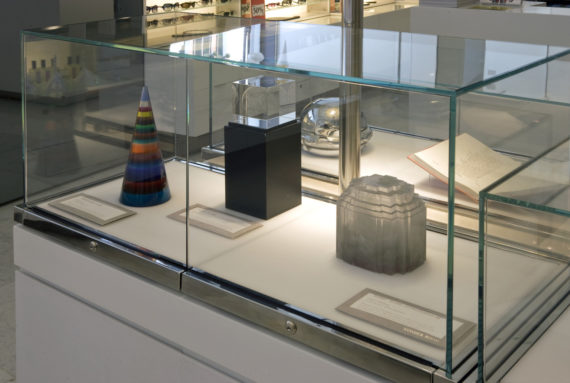 Why did you hit upon the idea of working with artists to produce three-dimensional multiples in particular?
There was a renewed interest and demand from artists to produce multiples at the time – and our research confirmed this. But one of our main drivers was to produce high-quality editions at prices that were affordable. I had come across a lot of artists in my legal work which often involved dealing with the legal side of public art commissions. But it was Sally’s idea to produce multiples in particular, and I thought it would be great to work with artists in that way, and to get involved in the commissioning and production side.

Sally and I really wanted to enable artists to work in a different way. Artists have to think quite differently when working on an edition – they have to think about the production and fabrication. We funded the production costs of each edition and that means the artists didn’t have to take the risk – we take the risk. We’ve always paid the artists 50% of each sale after the initial costs are recouped so our thinking was that it was a partnership with the artists and I’ve always liked to see it like that.

Which multiples did you launch with?
The first seven editions were by Keith Coventry, Grenville Davey, Graham Gussin, Kenny Hunter, Cornelia Parker, Simon Periton and Dalziel and Scullion. We wanted to commission a mix of artists – some who were already known to collectors and others who we thought were worth encouraging. I give Sally much more credit than me for this, as I think she managed to identify artists who were going places… she was very astute at choosing artists who both produced something interesting and whose careers were on an upward trajectory.

We launched those editions in the Nash Rooms at the ICA, London, in November 1998. After the launch event, editions were displayed in vitrines in the foyer of the ICA. 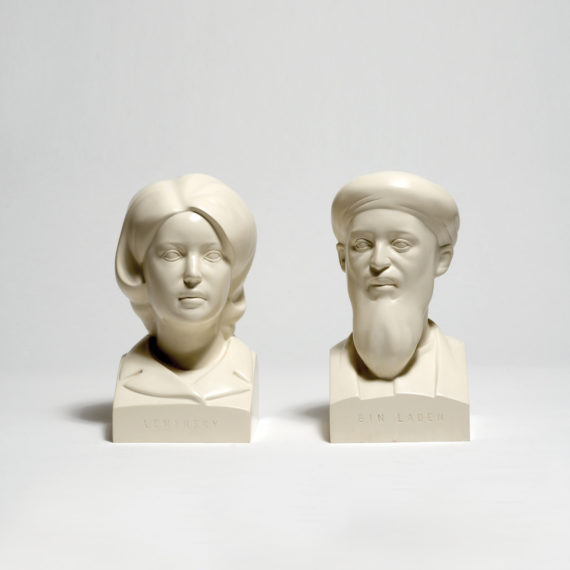 It surprised me that Kenny Hunter’s What is History (which features classical busts of Osama bin Laden and Monica Lewinsky) dates from 1998. Did people know who Bin Laden was back then?
In 1998, very few people knew who Bin Laden was – we’d have to explain that he was behind the bombing of the US Embassy in Nairobi. Lewinsky was more immediately in the public eye at the time. But that was Hunter’s point really – what these busts of seemingly ‘marginal’ figures might say about the collapse of the grand narratives and absolute belief systems that classical busts had traditionally represented.

I think it’s a great multiple – and that was the image we used to launch The Multiple Store. The busts can also be used as very impressive bookends so we had an image of them being used to book end a number of volumes on sex and terrorism. 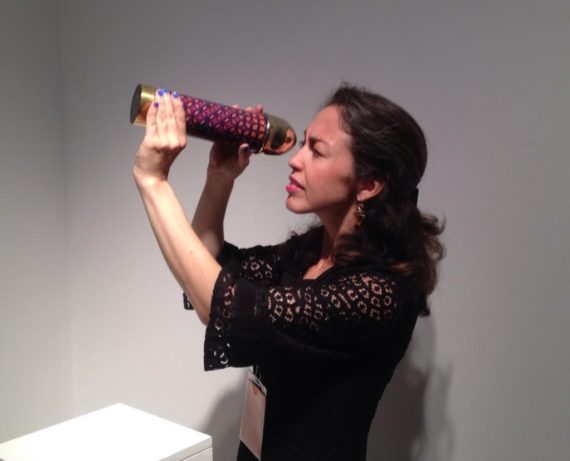 Are there any multiples that have been particularly challenging to produce?
Almost all our work is made by small batch producers – they are not factory made – so we’ve had quite a lot of challenging production issues. Alison Wilding’s Rising (2001) was technically a very difficult piece to create. Each is cast in acrylic but then the pigmentation is mixed by hand so that no two can be identical. But I love Alison’s piece – partly because of those production issues and the fact that we transcended them.

For Yinka Shonibare’s Kaleidoscope (2014) we worked with a kaleidoscope ‘genius’ who was based in Israel. The production involved various components that were all made in different places and which then had to all be brought together… it all had to be very carefully worked through. Simon Periton’s Barbiturate (2010) was initially made of ordinary glass and later produced as an edition in reinforced glass. It was incredibly difficult to find anyone to make it as it’s very fragile and the barbs have to be sufficiently sharp.

And whilst not particularly challenging to produce, I’ve always loved Fiona Banner’s Table Stops (2000) because I think it’s such a beautiful multiple – such a classic – it works so brilliantly. It was bought by The Museum of Modern Art in New York which was very gratifying.

And particular high points during the last 18 years?
Our exhibition ‘The Multiple Store @ Canary Wharf’ in 2015 because it was really an opportunity to reflect upon what we’d achieved. All of our editions were on show including Peter Liversidge’s sign Interstate (2001) which was displayed outside in Jubilee Park. A number of artists also loaned large-scale sculptural works – Kenny Hunter’s Black Swan for example which came down from Scotland on a big truck – and these were also sited in Jubilee Park. We also had a series of discussion events with two or three of the artists speaking at each. Sometimes you are so involved in the detail you forget to reflect upon what you’ve achieved, but that show made me feel like we’d really achieved something. 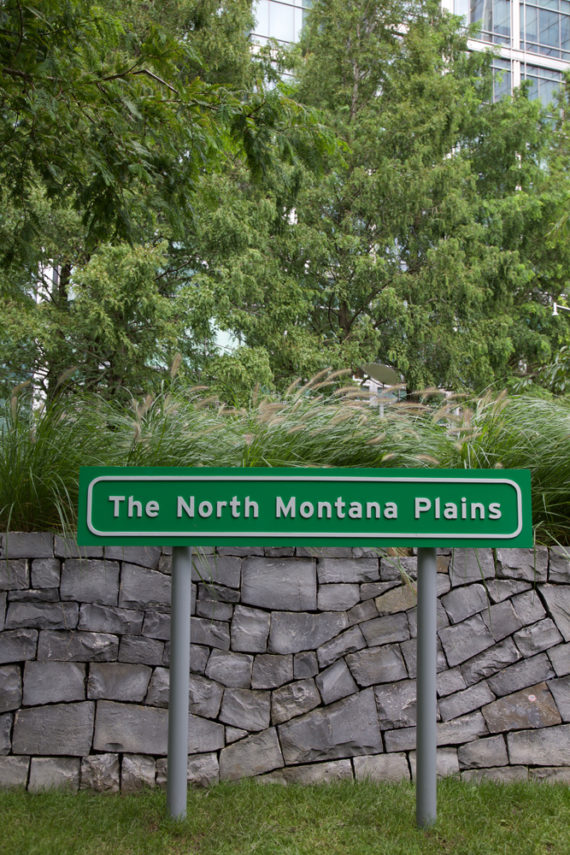 Why have you decided to make ‘The Last Editions’ the final Multiple Store show?
It’s really connected with my personal circumstances. Since 2003, when Sally moved to a more consultative role, I’ve been running it pretty much on my own with the help of a very small team. Over the last year I was really struggling to keep my legal practice going whilst also running The Multiple Store. But in terms of sales, last year was good, so I thought it would be great to go out when things are quite positive.

‘The Last Editions’ will include all the multiples that we’ve ever produced – even ones that are sold out like David Batchelor’s Electric Colour Picture (2002) which will be a frustration for people who have always wanted one but can’t get hold of one. We’ve also put a page for ‘The Last Editions’ on our site, with the numbers of each multiple that are available, and these are listed at a reduced price for the show. We’ve already had a lot of interest, so I’m hopeful we can sell quite a lot of the work at these special prices. Many editions now only have five or fewer left so we are actually quite low on stock, which is excellent. It seems a good time to be bowing out.

‘The Last Editions’ is at The Koppel Project Hive, London 18-26 November 2016. themultiplestore.org 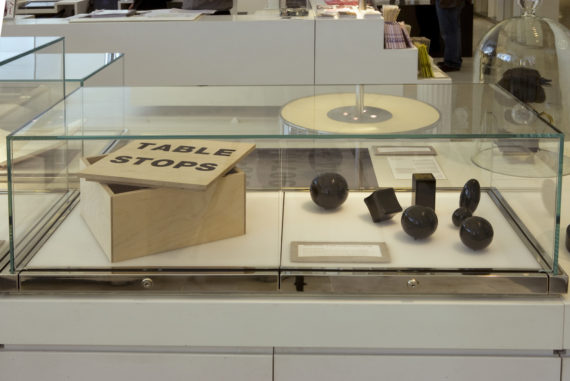