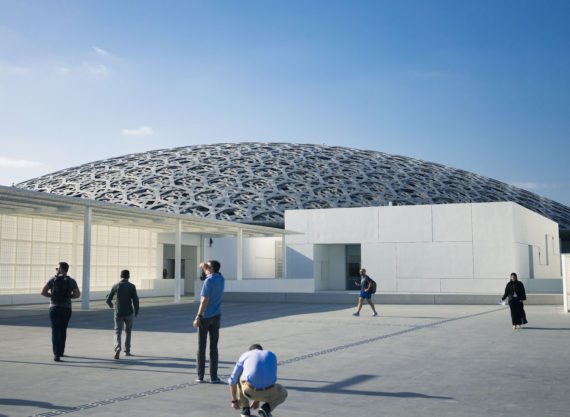 Austrian company behind Louvre Abu Dhabi dome announces insolvency Steel engineering company Waagner-Biro has gone bankrupt following delays in payment and the spiralling costs of the Louvre project. As Austrian newspaper Die Presse reports, the order value was almost €80m but the company had to shoulder an increase in costs after Abu Dhabi refused to pay the full price.

Founded more than 160 years ago as a locksmith’s workshop, Waagner-Biro’s high-profile projects have included the roof of the Queen Elizabeth II Great Court at the British Museum, and installing new stage engineering at the Sydney Opera House and at the State Opera House in Berlin.

Almost 90% of arts internships are unpaid A new report by the Sutton Trust has revealed that many young people from low and moderate-income backgrounds are unable to access desirable jobs in the arts sector because they cannot afford to undertake multiple unpaid internships.

Sir Peter Lampl, founder of the Sutton Trust, described the situation as a “huge social mobility issue that prevents young people from getting a foot on the ladder”.

The document outlines the difficulties that recent graduates face, including that the cost of undertaking an internship to someone living in London is at least £1,100 per month. In order to support themselves, 26% used money from their parents, 27% worked a second job, and 46% lived for free with friends and family.

The report also highlighted that there is widespread confusion about employment law. When provided with a series of scenarios, 50% of employers incorrectly thought a situation in which an intern was paid under the minimum wage was legal. In addition, a further third did not know whether situations were legal or not, while the scenario most commonly thought to be ‘illegal’ was actually legal.

A spokesperson for Creative & Cultural Skills (CC Skills), which has produced a guide for employers on best practice relating to apprenticeships, internships, and volunteering, told Arts Professional: “It’s easy to claim that the reason for so many unpaid internships is the lack of legal clarity; this is actually just a lack of understanding.” 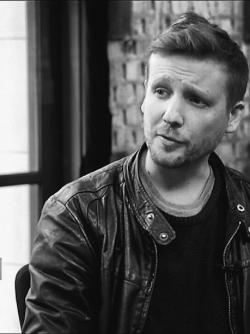 Commenting on his new role, Rawcliffe said: “Having spent the last decade supporting artists at all stages of their careers, I am thrilled at the prospect of being fully immersed in the world of Forma, and commissioning great artists to realise their dream projects.

“Just as Forma prides itself on giving artists unique and tailored support, I have always put artists and their ideas first, and I can’t think of a more suitable organisation for me to join and continue to champion artists, dare them to think big and take artistic risks.”

Ferry van Dijk, chair of Forma, added: “Chris will bring the organisation a wealth of experience, as a producer, curator and policymaker. We envisage that under his leadership Forma will further establish itself as a network of artists, producers, editors, academics and audiences, becoming the leading creative producing and commissioning agency for the most relevant and challenging cross-artform productions.”

Turkish police arrest cultural workers due to their support of 2013 Gezi Park protests Various academics, activists, and employees of the Istanbul-based NGO Anadolu Kültür (Anatolian Culture) – a non-profit organisation advocating for artistic rights and cultural diversity – have been arrested by Turkish authorities and charged with “creating chaos and mayhem” and “seeking to overthrow the government”.

Andrew Gardner, Amnesty International’s Turkey strategy and research manager, told the Saudi Gazette: “This latest wave of detentions of academics and activists, on the basis of absurd allegations, shows that the authorities are intent on continuing their brutal crackdown of independent civil society, and shatters any illusion that Turkey is normalising following the lifting of the state of emergency.”

Although 12 of the 13 who were arrested have now been released, they have been banned from leaving Turkey. In addition, as Artforum reports, seven other people are also being sought out by authorities over their alleged anti-government activities.