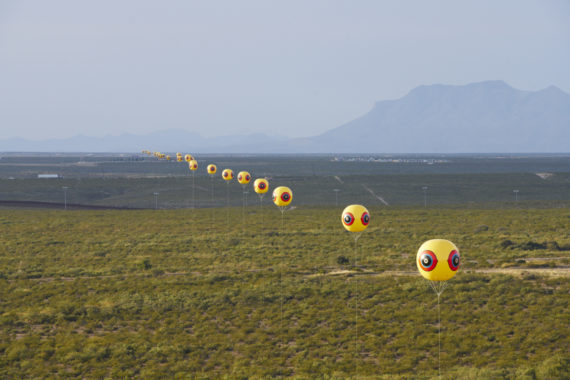 This weekend sees the launch of Plymouth’s new biennial of contemporary art. The Atlantic Project is a pilot festival taking place at various locations across the coastal city, featuring new site-specific commissions by international artists, plus in Atlantic Platform a series of artist-led initiatives by emerging artists.

The project, which launches in tandem with this year’s Plymouth Art Weekender, has been organised by the Arts Institute at University of Plymouth as part of ‘Horizon’, a two-year visual arts development programme led by Plymouth Culture. Financial support has come from Arts Council England’s Ambition for Excellence fund and Plymouth City Council.

The Atlantic Project is curated by Tom Trevor, previously director of Spacex, Exeter and the Arnolfini, Bristol. Commenting on the aim of the festival, Trevor said: “The visual arts in Plymouth are undergoing an exciting period of change, in the lead-up to the Mayflower 400 anniversary in 2020 (marking the pilgrims’ voyage from Plymouth to the ‘New World’).

“[The festival] sets out to raise the critical profile of visual arts in the region and to be a highly engaging experience for a wide range of audiences that is relevant and distinctive to the locality.” 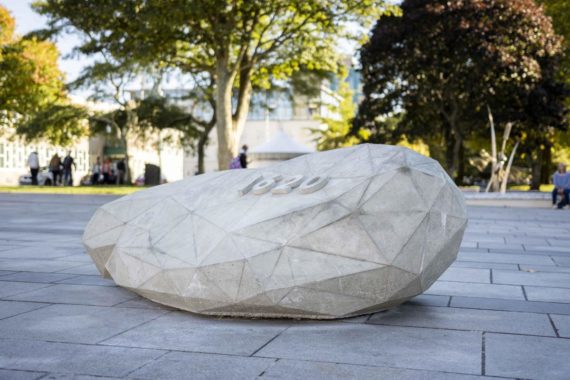 The festival bills itself as ‘a pilot for a new international festival of contemporary art, taking place in public contexts and outdoor locations’.

Examples of artwork being placed in unusual spaces include Danish artist Tommy Støckel’s concrete sculpture based on a 3D-scan of the Plymouth Rock, Massachusetts. His work is located on Armada Way, the city’s main post-war pedestrian thoroughfare. In addition, a mobile app will allow members of the public to imagine the possible future erosion of the rock.

Chinese artist Liu Chuang’s project, Buying Everything On You, features various possessions purchased by an individual on the street, exhibited in six display windows and a large area on the top floor of the House of Fraser department store.

Elsewhere, German artist Hito Steyerl will present a video-work exploring the contemporary status of citizenship in the Grade II-listed Civic Centre, which was the former administrative centre for Plymouth City Council.

In addition, a site-specific work by the US-based artists collective, Postcommodity, will be on display on Drakes Island. The 6.5-acre island, which has been closed to the public since 1995, was where Francis Drake set sail in 1577 to circumnavigate the globe, and has been a site of military fortifications since Tudor times.

Ryoji Ikeda is presenting his first major site-specific installation in the UK outside of London in the disused Millennium Building, a former nightclub. His work, The Radar, uses sound, electronic media and digital data to map the cosmos.

Meanwhile, Danish collective Superflex has worked with the Plymouth-based Real Ideas Organisation (RIO), Plymouth City College and local brewers Summerskills, to create a community-owned brewery in Devonport, one of the city’s most deprived areas. FREE BEER version 6.0 (the Atlantic brew) plays on the idea of free software, with the recipe and branding elements published under a Creative Commons license.

The Atlantic Project launches 28 September 2018 in collaboration with the Plymouth Art Weekender and will run until 21 October 2018. For more information visit www.theatlantic.org