Ben Uri Gallery: "It's about an artistic context not religious or ethnic" - a-n The Artists Information Company 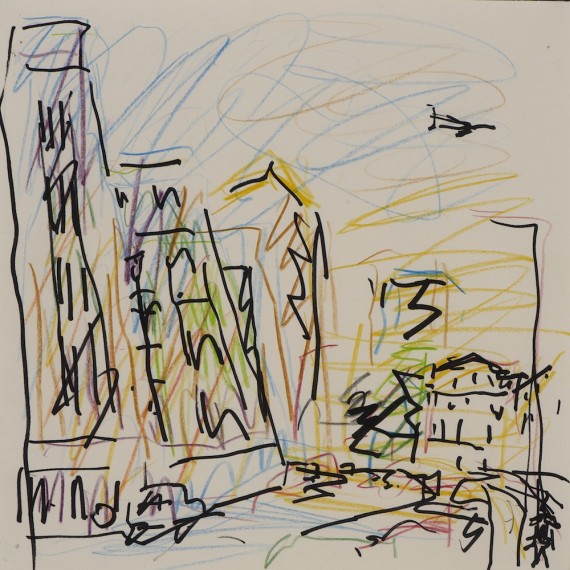 The title of the Ben Uri Gallery’s new exhibition, No Set Rules, refers to David Hockney’s comment that “there are no set rules in drawing”. This exhibition sets out to prove his point by presenting 51 works on paper chosen from both the Ben Uri Collection and the Philip Schlee collection, which was donated to Southampton City Art Gallery in 2014.

It has a star cast, featuring some of the most respected Modernist names of the 20th century – David Bomberg, Frank Auerbach, Leon Kossoff, Henry Moore, Gillian Ayres, Graham Sutherland and Elizabeth Frink to name only a few. Seven out of the 37 artists shown are common to both collections, providing a “key point of synergy” says Head of Collections at the Ben Uri, Sarah MacDougall.

It’s an unusual exhibition, by its nature presenting works that are rarely available for public view. Some of these are studies for better-known works, and some are intended as finished pieces made on paper. The fascination lies in the qualities of each image, but also in the additional insight they allow into the bodies of work from each artist. Primarily focused on 20th century Modernism, there is huge variety in content and techniques.

MacDougall explains the curatorial theme as “trying to explore the lack of limitation of artistic practice. The works themselves show nearly every type of technique that you could use as a practising artist on paper – screenprinting, etching, gouache, pencil drawing, monoprints and painting.”

There are some absolute delights in the show, with clever curating pairing specific works together – Bomberg’s Benchers’ Inn, Inner Temple (1947) next to Kossoff’s Christ Church Spitalfields, Spring 1992 for example, and four works by Auerbach, the most significant of which is Jake (1990). Kossoff and Auerbach are contemporaries of each other from London’s East End, and for me these works, along with a Bomberg self-portrait in charcoal from 1932, sit at the heart of the exhibition. In other ways, they sit at the heart of the Ben Uri Collection. 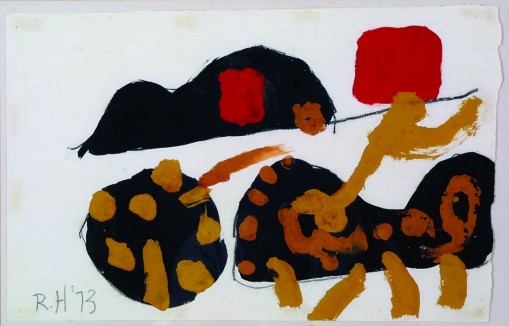 The collection is part of what makes the Ben Uri organisation unique. It consists of 1300 works “of Jewish interest or by Jewish artists” that have been acquired over the hundred years of the organisation’s existence. The Ben Uri emerged in 1915 from what was then a kind of Jewish ghetto in London’s East End. Immigrant Lazar Berson brought together a group of supporters around the idea of a national Jewish art gallery and a museum of Jewish art (“although we don’t recognise Jewish art as a movement. It’s about an artistic context not a religious or ethnic context,” Ben Uri chair David Glasser emphasises).

According to Glasser, the idea appealed to a group of politicised intellectuals and the Ben Uri was born as an art society, presenting and buying works by Jewish artists, but also providing other cultural activity.

Glasser explains: “If anything was meeting the aspiration of Jewish artists for exhibition, then the Whitechapel Gallery was leading the field, but it and other museums, including the Royal Academy, weren’t recognising Modernist artists and inviting them to exhibit there. Jewish artists in general didn’t have a natural home, and there was anti-semitism and anti-immigrant feeling around then as there is now. Ben Uri was artist led and early on it started to build a collection.”

As successive waves of migration to London took place, particularly between 1933 and 1945 when large numbers left Germany to escape the rising Nazi regime, the organisation responded by trying to support artists as they arrived in London, growing the collection into what is now regarded as one of world-class status. 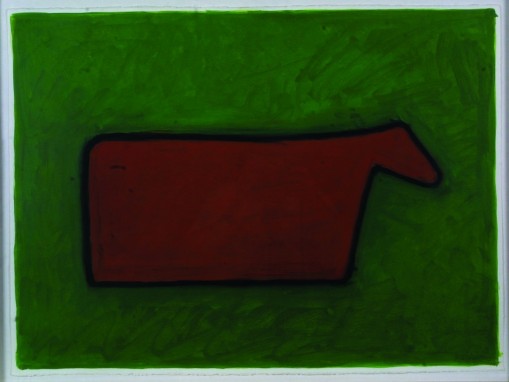 For 32 years until 1995, Ben Uri operated out of a gallery in Dean Street, Soho, its activity focused towards the Jewish community and below the radar of the mainstream visual art world. But its purpose and activity was radically transformed under the leadership of Glasser who became chair in 2000.

“We took Ben Uri and repositioned it with the clear objective that we would broaden our audience in the secular world,” says Glasser. “We are now about emigre communities, and about their energy and absorption into London and the art they produce.”

Recent exhibitions include Still Fighting Ignorance and Intellectual Perfidy: Video art from Africa (2014) and Judy Chicago and Louise Bourgeois, Helen Chadwick and Tracey Emin: A Transatlantic Dialogue (2013). Of the collection, 67% is by emigre artists, and interestingly, 27% are by women, a far higher percentage than is usual. The gallery now operates out of a shop space in St John’s Wood, a building far too small to show more than a tiny fraction of its collection at any one time, most of which remains in storage.

The ambition is to move to a central London location, becoming the national Museum of Art, Identity and Migration, with the collection permanently accessible to the public. The aim is to create an international centre of scholarship and learning focused on the themes of identity and migration, telling the stories of modern and contemporary migration to London since 1900 from the perspective of artists and the principal emigre communities, with a programme delivered in partnership with those emigre communities.

This has the potential to bring the contemporary significance of the Ben Uri into greater focus and to a much wider audience. This is particularly relevant given discussion of exile and migration are politically and socially of enormous significance currently in the UK, and acknowledged to have been one of the transformative and defining consequences of the many historical upheavals of the 20th century.

This major concept underpins the exhibition created to celebrate Ben Uri’s centenary. Art, identity and migration: 100 years of Ben Uri 1915 – 2015 will open in Somerset House on 2 July, funded by the Heritage Lottery Fund, and accompanied by a broad suite of community engagement programmes. This exhibition will present 61 works from the Ben Uri collection, in roughly chronological order. “This allows us to tell our story as part of a greater story of migration,” says MacDougall. “We hope it will be very powerful.” 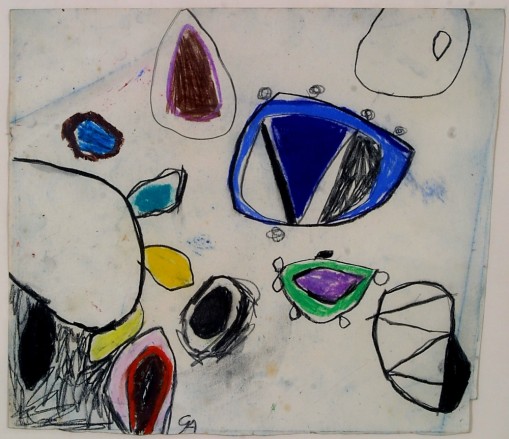