Black Artists and Modernism: "There are some remarkable stories to be discovered" - a-n The Artists Information Company 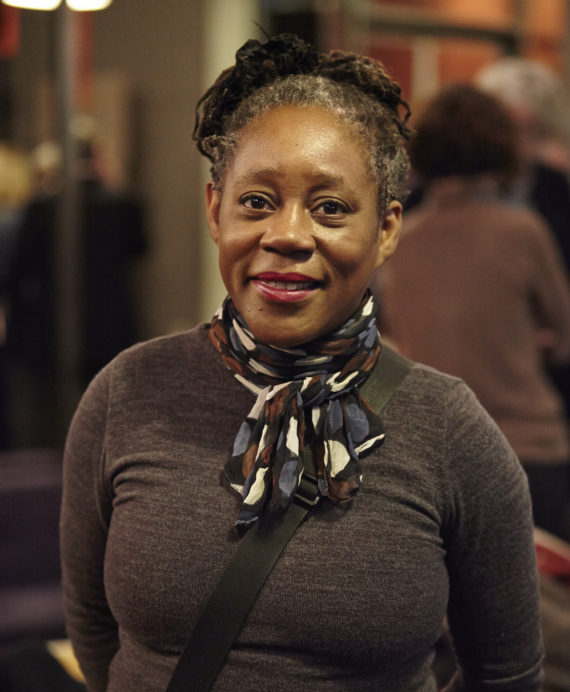 There is gaping, screaming hole in our modern art history. You may not have noticed – it may never have occurred to you – but thousands of British artists have been excluded from books, exhibitions, television documentaries and the curriculum. They’re ghosts in the system. Why? Because their skin is not white.

The artist Sonia Boyce, MBE, is hoping to reverse this exclusion. She is six months into a three-year, AHRC‐funded research project, Black Artists and Modernism (BAM), which aims to excavate the practices of artists of African and Asian-descent and put them on Britain’s cultural map. “There are some remarkable stories to be discovered,” she says. “We’re trying to see where the art is, what’s the art telling us?”

We meet to discuss this undertaking at Liverpool’s Bluecoat gallery, where Boyce is presenting BAM’s first scheduled public symposium, The Work Between Us: Black British Artists and Exhibition Histories.

The day-long event is rich with new findings, and the 15 speakers and respondents present include curators, historians, writers, research fellows and artists. Boyce reflects on exhibiting as part of The Other Story at Hayward Gallery, London in 1989 – a show curated by Rasheed Araeen with the subheading, Afro-Asian Artists in Post-War Britain; artists Keith Piper and Marlene Smith discuss curating The Image Employed: The Use of Narrative in Black Art, at the Cornerhouse, Manchester, in 1987.

While the symposium provides plenty to think about, it’s clear that BAM has only just begun to scratch the surface of how Black British artists have influenced 20th century art. Along with six other team members, Boyce has begun to seek out Black British artists by visiting gallery, museum and university collections – including in Liverpool. 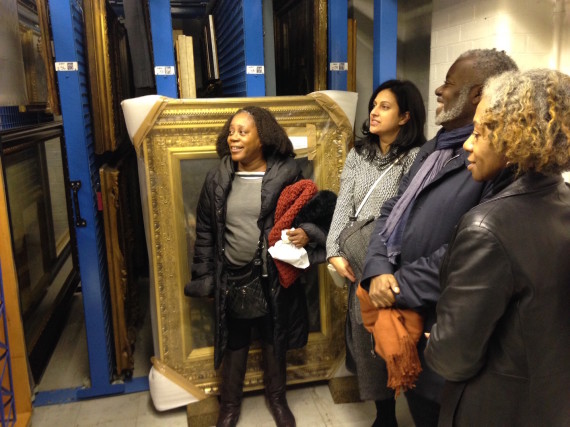 “We went to the Walker Art Gallery to look at the Edmonia Lewis’s; [she] was an African-American and Native-American sculptor who travelled to Rome and the UK, where she died in 1907,” Boyce recalls. “And also a piece by Rasheed Araeen that had been bought in 1969 [Araeen was one of five runners-up in the John Moores Painting Prize that year].” The group also went to the University of Liverpool to see the Big Bird painting by Frank Bowling, acquired by the university in 1975.

These artists, along with many others, will be recorded in BAM’s new national online archive, which will highlight where artworks are in public collections across the UK. “There is no such thing at the moment,” explains Boyce. “We want to leave a trail for future researchers; people have already been talking about how difficult it’s been to find things. It will be a lot easier to access.”

Boyce’s own journey as a British Afro-Caribbean artist is well documented. Coming to prominence in the mid-1980s, she has exhibited widely over the last 30 years and 2015 saw her work shown at New York’s Whitney Museum of Modern Art and the 56th Venice Biennale. Tate owns three pieces by Boyce, including perhaps her most famous: a provocative and droll photo-collage entitled From Tarzan to Rambo: English Born ‘Native’ Considers her Relationship to the Constructed/Self Image and her Roots in Reconstruction (1987).

Professor in Fine Arts at Middlesex University and chair of Black Art and Design at the University of the Arts London, Boyce speaks with infectious enthusiasm about the BAM project and the challenge ahead. Playing detective, she is sifting through collections that have varied quantities and qualities of documentation. The fragile and precarious nature of the information available means that if one page or photograph is missing, an entire portion of a wider story could be lost.

“What we hope to do is set the conditions for future research to be developed,” says Boyce. “What we want to get out of the symposia is more writing; at the end of the three years we’ll produce a book from all of the discussions we’ve been having. It will cover artwork, exhibitions, museum practice and art criticism, between the historical and the present, over a span of 100 years.” 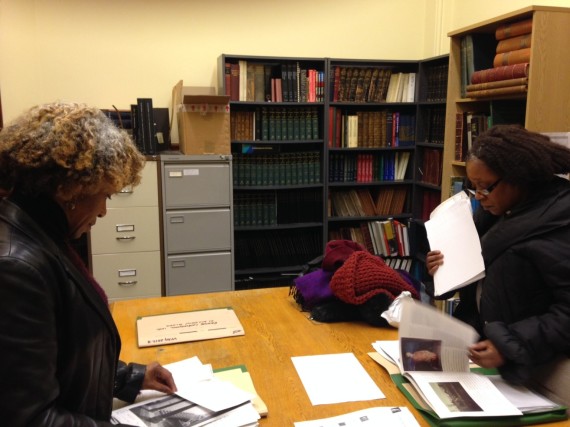 Boyce and the team also plan a TV documentary. “We want as many people as possible to know that there’s been all this amazing activity and production in this country for a very long time, because very few people know about it. We want people not to be baffled when African or Asian artists are mentioned.”

BAM’s work, says Boyce, is to demystify Black or minority ethnic artists and bring them back into the conversation. “There are many instances of people who came to study in UK art schools, and who were contemporaries, peers, and studying modern art practice here. Yet the argument is that Black artists have come from ‘somewhere else’.”

Boyce talks of unpicking this “them and us” attitude. “I’m still friends with people I studied at art college with in the ‘70s and ‘80s; I am their contemporary and they are mine. This is part of our challenge. We need to think about this differently. Lots of people – not the usual suspects – should and could be part of the BAM conversation; the curator of the museum panel [for instance] that said: ‘We should purchase that [for our collection]’.”

Educators, too, have a role to play, believes Boyce. Where, for example, are the minority artists when young people are taught about modernism and wider art history? This gap in curriculum development is having a significant effect on Black and minority ethnic (BME) communities in higher education.

“We know that there’s a very large drop off with BME students,” says Boyce, “it’s very hard to retain them in art education. And then those that do get retained, very few of them get 2:1s or firsts. So they’re lagging behind in terms of their attainment.”

The problem, believes Boyce, is that Black British art is being left out. “The usual story that gets told about art doesn’t include much of what we’re engaged with. And it’s not that what we’re engaged with hasn’t been significant, and hasn’t affected art practice. It’s just that it’s not included or interrogated and the materials are not consistently there.”

The aim, she says, is to ensure that the Black story is “consistently embedded” in teaching and thinking. “It’s a high ambition,” she says, “this one project might not do it all. But it’s trying to contribute, working with others to see if it’s possible to reintroduce some of these questions. It’s about being much more cohesive in terms of what happens in the creative industries, and in art training and in art as a profession. Cohesion is really needed.” 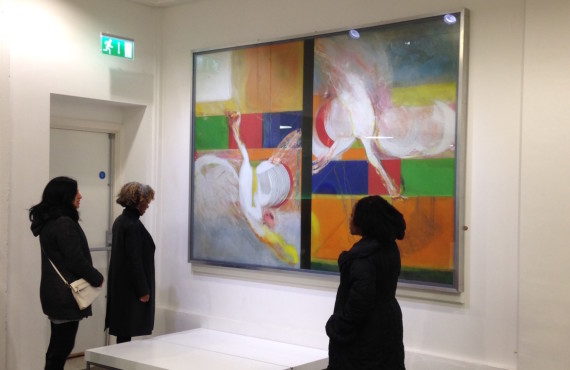