In Brief: Calls for Alasdair Gray mural to be altered to remove convicted sex offender - a-n The Artists Information Company 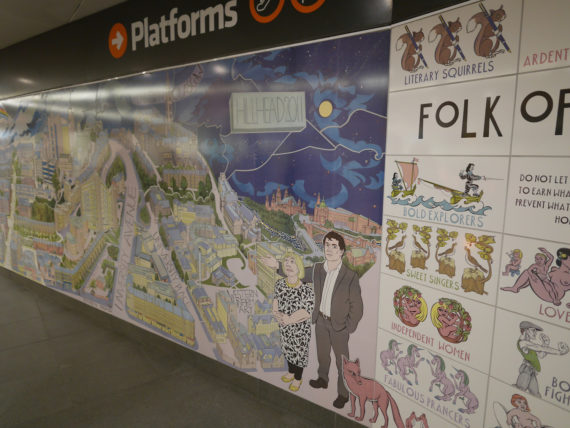 He was included in the work, which was unveiled in 2012, because he played a key role in its original commission while vice-chair of Strathclyde Partnership for Transport (SPT), who now own it. In the image he is stood next to SNP MSP for Glasgow Kelvin, Sandra White. She has said that, in light of his crimes, Fagan should be removed from the work.

The SPT had previously denied there were any real people in the work. However, when quizzed by The Herald newspaper, Gray confirmed: “He was one of the committee that commissioned it. I wanted to put in some of the people that had a hand in it. I did put other people in it too, including a street sweeper, and a Big Issue seller.”

Regarding the court case, Gray said: “I did not know about that. I am sorry to hear that.”

The #useitpayforit campaign cites the risk of losing ownership of the photograph as one of the reasons why members of camera clubs should think twice before giving away their work for free to newspaper competitions or community initiatives.

Speaking to The Art Newspaper, a spokesman for the NPG said: “The gallery is a charity and has to self-generate over 70% of the funds needed. “A key income stream is hiring out gallery spaces. Every effort is made to ensure that this activity does not impact on public access, but sometimes due to the nature and complexity of an event some closure is necessary.” 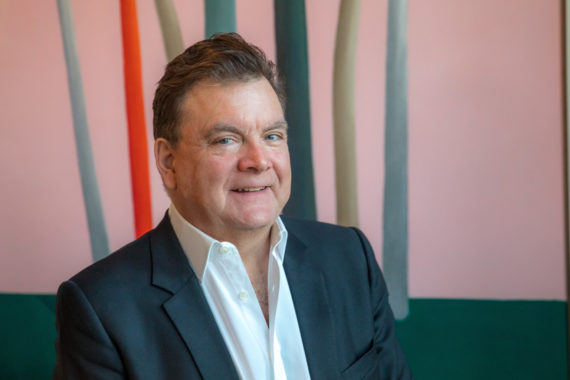 Wilson takes up the role at a turbulent time for the Scottish funding body following its bungled regular funding announcement in January which was widely criticised and saw the artist-run gallery Transmission lose its regular funding.

Lost Klimt Drawing hidden by museum secretary found in cupboard The former secretary who died in 2017 described the drawing’s location in her will, stating that the former head of the Neue Galerie in Linz had given it to her as a result of her raising a concern about the Museum’s lack of documentation of loans.

During the time it was missing the lost work became subject to a seven-year lawsuit between the city of Linz and the heirs of collector Olga Jäger, who originally loaned the work, along with three (also lost) pieces by Egon Schiele, to the Neue Galerie (now Lentos Art Museum) in 1951. The city of Linz was fined and paid out €8.2 million euros for the loss of the artworks, which will now be returned to the Jäger heirs if they return the €100,000 that was specifically paid out for the lost Klimt drawing.

Glasgow-based artist Mick Peter will be creating a new sculptural intervention at Dalmarnock Gas Purifier that will celebrate Scotland’s Year of Young People 2018. The festival will also include performances and events by Esther Ferrer, E. Jane, Linder, Susannah Stark, Douglas Morland, Marco Giordano, Emma Finn and Peel Eezy. In total, over 260 artists from over 30 countries will be showing work in more than 70 venues across the city.

The principles are supported by a number of high-profile actors including Emma Watson, Jodie Whittaker, Gemma Arterton and Gemma Chan, plus producers Barbara Broccoli, Rebecca O’Brien and Alison Owen. Among the principles are that there must be “adequate protection for complainants and victims, and, where bullying or harassment is found to have occurred, taking appropriate action against bullies or harassers”.

Influential Belgian Conceptualist Jef Geys dies at 83 The artist known for his photography and performance related work had gained a much higher profile over the last decade of his life, including representing Belgium at the 2009 Venice Biennale.

Angel of the North is 20 years old Former councillor, Sid Henderson, who in 1994 was chairman of Gateshead council’s libraries and arts committee, recalls in The Guardian how his decision to cast his deciding vote for Antony Gormley rather than Anthony Caro led to the installation of Gormley’s iconic artwork at Gateshead.

Winners of the 2018 Hearts For The Arts Awards announced The annual award delivered by the National Campaign for the Arts and UK Theatre rewards local councils for their support of the arts. The winner of Best Local Authority Arts Project encouraging community cohesion was Denbighshire County Council’s ‘Lost in Art’, while the Best Local Authority Arts Initiative went to Plymouth City Council for ‘I.AM.NOT.A.ROBOT’ .