Buy art for Christmas: 10 + gift ideas, including prints, baubles, an apron and a snow globe - a-n The Artists Information Company 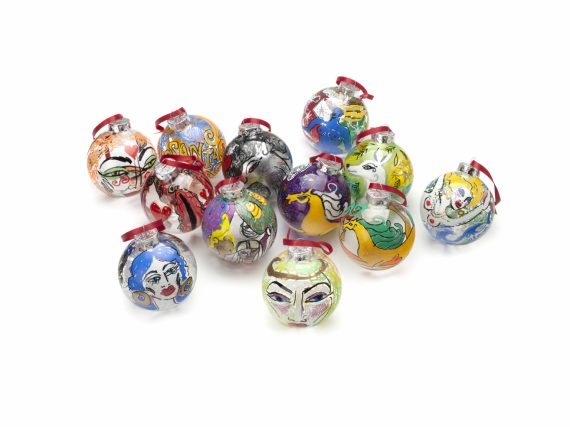 Neo Naturists, Hand-painted Baubles
House of Voltaire, the roving shop whose proceeds directly support arts and education charity Studio Voltaire’s exhibition and learning programmes, is back for the festive season with a pop-up in that erstwhile home of contemporary fine art, London’s Cork Street. Among its new arrivals is a selection of Hand-painted Baubles by the Neo Naturists (artists Wilma Johnson, Jennifer Binnie and Christine Binnie) priced at £45, or those on a tighter budget can pick up a set of four Neo Naturists Badges for £6. Also new in is a set of three Notebooks (£18) featuring cover imagery by Matty Bovan, a graduate of MA Fashion Knitwear at Central St Martins who is fast gaining a reputation for his lurid knitwear.
houseofvoltaire.org/collections/new-arrivals 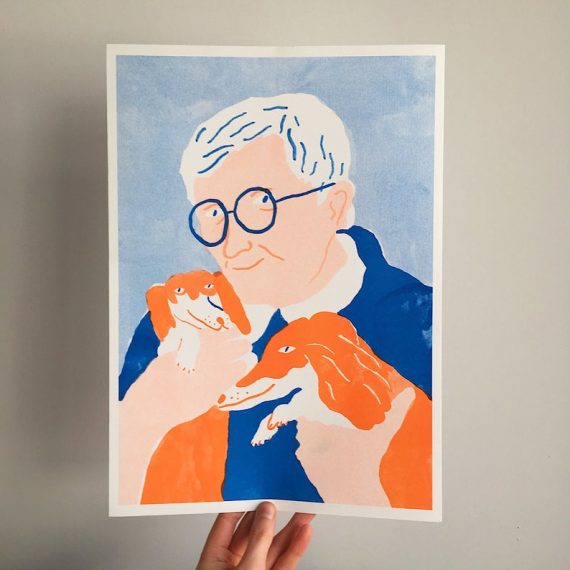 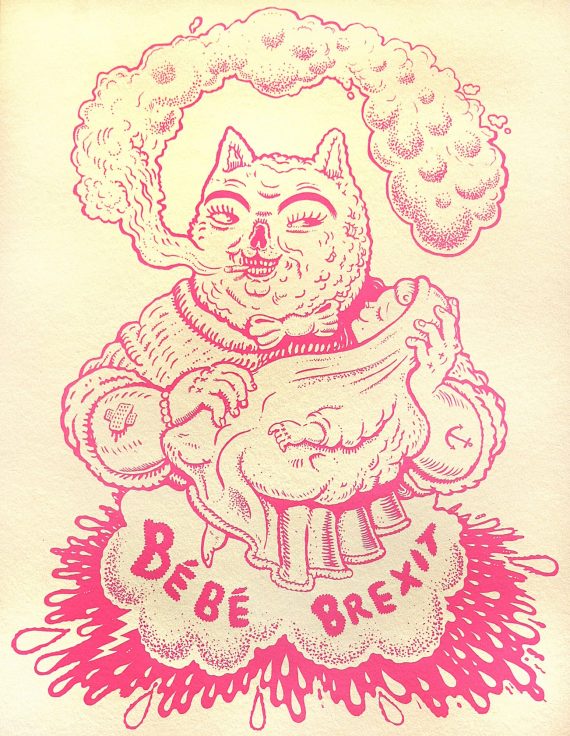 Jock Mooney, Bébé Brexit, screenprint
Jock Mooney’s exhibition From ‘Spiceworld to Brexit’ is currently on show at Vane in Newcastle upon Tyne until 14 December. Mooney’s Bébé Brexit screenprint (£40), produced to accompany the show, in an edition of 20, is available from the Vane shop, where you’ll also find editions by gallery artists. Kirsty Harris was also the subject of a recent show at Vane. Copies of her How I Learned to Stop Worrying (1945-2019) 12″ vinyl picture disc, a musical account of every officially recorded nuclear explosion detonated between 1945 and 2019 and produced as part of her exhibition ‘A Foul and Awesome Display’, are priced £20 and available from the artist’s own site.
vane.org.uk/shop/jock-mooney/bebe-brexit 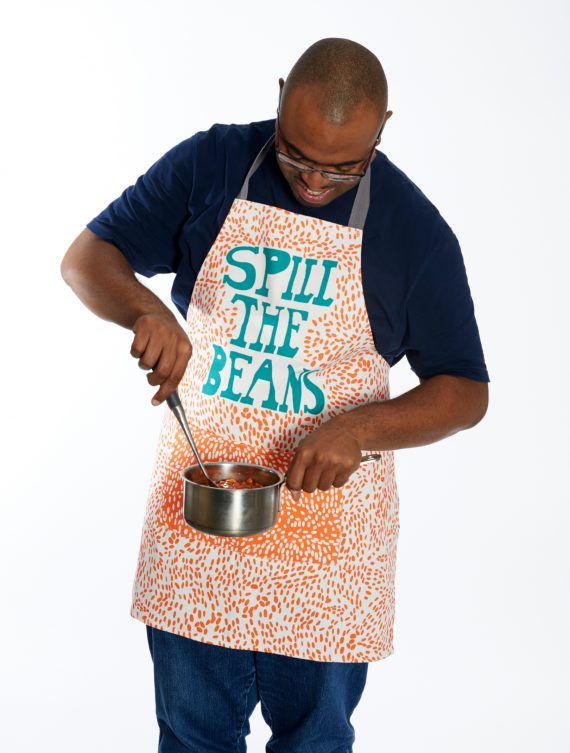 Andre Williams, Spill The Beans Apron
Intoart is an art and design studio in Peckham, south London, working with people with learning disabilities practicing as artists. It’s online shop, selling editions, ceramics, homeware and fashion designed by members of the collective, helps to fund the organisations programmes and activities. Andre Williams’ Spill The Beans Apron (£28) is a perfect gift for those preparing meat-free seasonal meals, while Yoshiko Phillips’ Fruit Friends Glasses (£20) are ideal for those who enjoy a New Year cocktail or two.
intoart.org.uk/shop/ 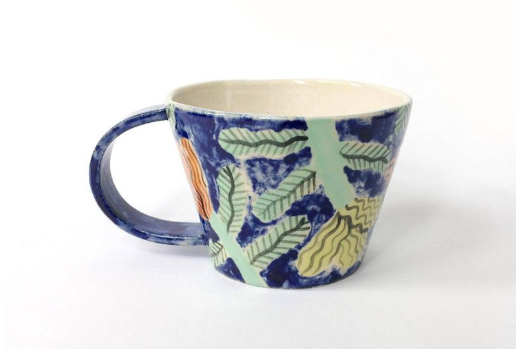 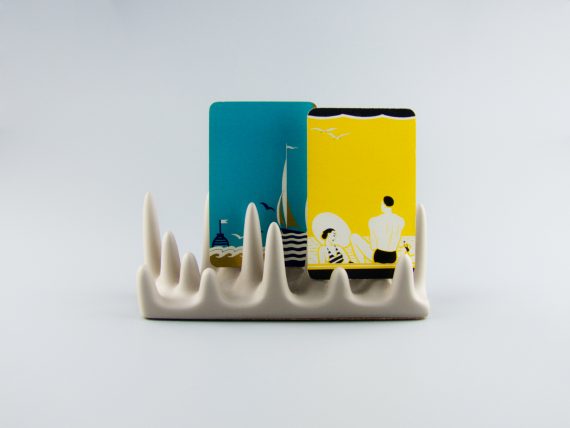 Brendan Dawes, Morfff, letter and note holder
Digital artist Brendan Dawes creates ‘analogue objects’ for sale through his Produced for Use site and this letter and note holder (£35) is described as being made from ‘code and concrete’. Also available is Dawes’ Manifesto For Myself screenprint (£15) and the Notes To Myself creative inspiration notebook (£30).
producedforuse.com/products/morfff 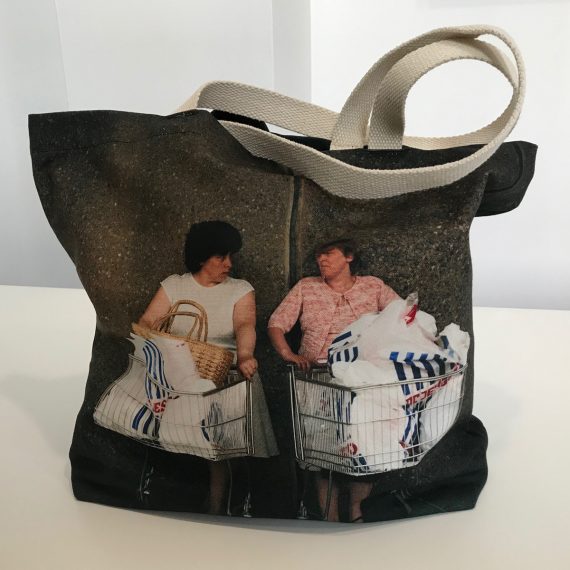 Martin Parr, Return To Manchester tote bag
Martin Parr started his career in Manchester and Art UK celebrates the photographer’s roots with its Return to Manchester range which includes this tote bag (£35), a mini jigsaw (£12), and a handy tea towel (£12) for drying all the Christmas dishes.
artuk.org/shop/ 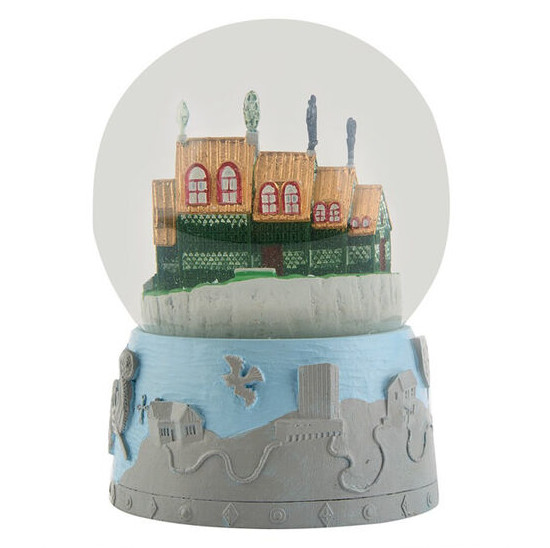 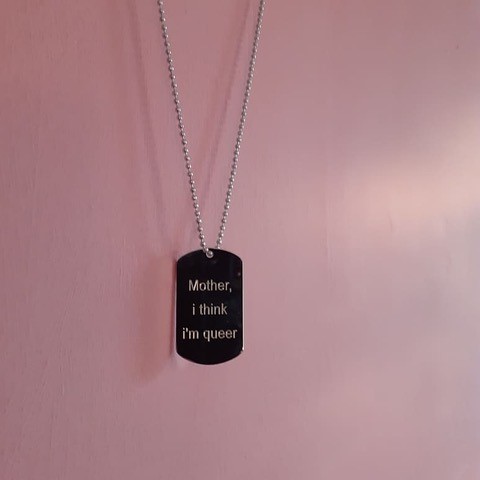 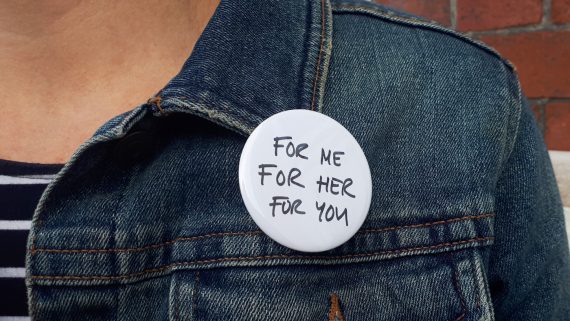 LOW PROFILE, For me, for her, for you, badge
LOW PROFILE is a collaboration between Plymouth-based artists Rachel Dobbs and Hannah Rose and its shop has been set up as an artwork, a DIY artist-run space and an income generator for the project’s (and other artists’) practice. For me, for her, for you is a 7-track audio artwork made in collaboration with sound artist Neil Rose and created in response to the National Trust’s year-long Women and Power programme which marked the 100 year anniversary of the passing of the Representation of the People Act 1918. Priced at just £2, the For me, for her, for you badge includes a backing card with the weblink to the project to listen and download the work. Other gifts available from LOW PROFILE include the FAIR PLAY / PLAY FAIR limited edition sew-on patch (£5) and the Never Give Up limited edition print (£25).
we-are-low-profile.com/product/for-me-for-her-for-you-badge/ 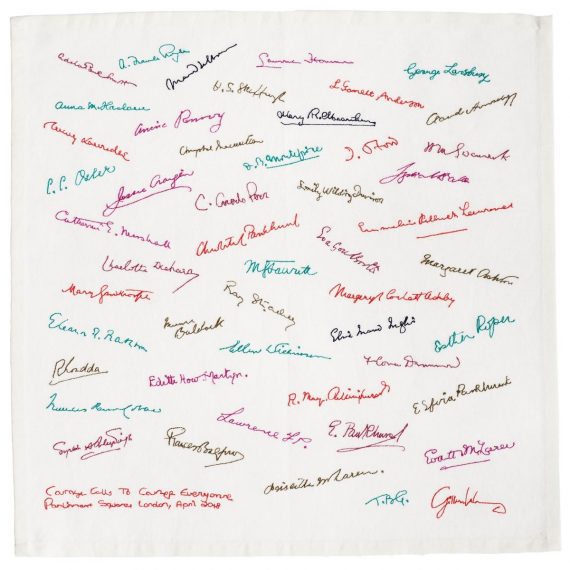 Gillian Wearing, Embroidered Handkerchief, limited edition.
Another piece inspired by the 100 year anniversary of the passing of the Representation of the People Act 1918, and priced at £150 it’s one for those with slightly deeper pockets, this Embroidered Handkerchief Limited Edition by Gillian Wearing features 50 signatures from historic figures in the women’s rights movement, alongside Wearing’s own signature. Produced in an edition of 1,000, part of the proceeds from the sale of this product are donated to the Fawcett Society, a charity campaigning for women’s rights and gender equality.
shop.royalacademy.org.uk/ 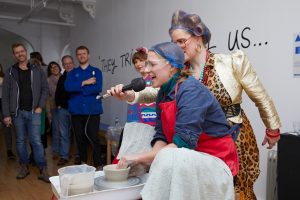 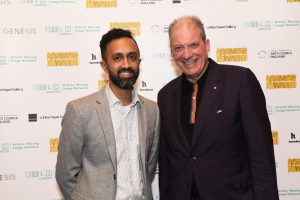