Diffusion Festival 2013: "Status of photography has never been so hotly debated" - a-n The Artists Information Company 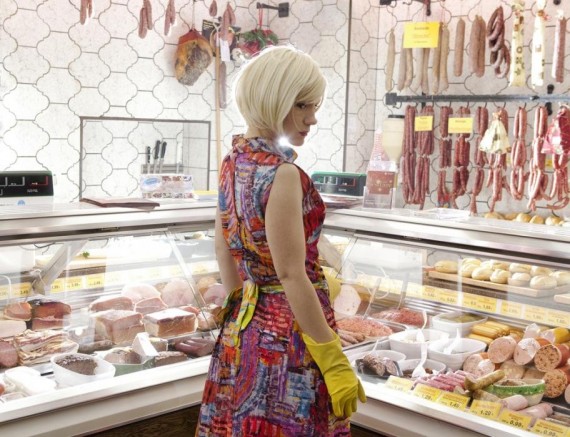 “New photography festivals are emerging – for example in Liverpool and Belfast – but Hereford has folded and others are facing organisational and funding challenges. My main consideration has been to produce an event that is right for Ffotogallery and its partners, right for the city, right for Wales.”

David Drake, director of Ffotogallery, is discussing Diffusion, Cardiff’s new international festival of photography which he also directs. “Hopefully,” he says, “it offers an excellent experience for artists, curators and audiences alike, and adds something new to the mix.”

Ffotogallery has been presenting contemporary photography, publishing books and undertaking ground-breaking education work for more than 35 years. Its new initiative looks set to consolidate its reputation.

Drake has brought together a host of artists, designers, and creative producers from Cardiff’s museums and galleries, digital media and creative industries sector for Diffusion. It’s a month-long series of exhibitions, screenings, performances and events celebrating photography and the photographic image.

“Since I came to work here four years ago, I’ve been amazed by the deep well of photographic and lens-based talent that exists in Cardiff and Wales,” says Drake. “There is a real appetite for new cultural experiences, ones that transcend local and national boundaries and reflect the diversity and complexity of the world today.

“A couple of years ago, after visiting a number of photography festivals around the world, I decided it was time to make something happen in Cardiff which did justice to Ffotogallery’s fantastic legacy.”

Diffusion takes its title, rather cleverly, from references to both the transmission of light and spontaneous intermingling of particles, as well as the spread of linguistic and cultural practices: “All of which seemed very relevant to the condition of contemporary photography, my motivations for organising a festival, and the open and collaborative, networked approach we’ve taken,” explains Drake. “Cardiff’s local nickname is ‘the ‘Diff’, so there’s that hook too – a reference that perhaps will be lost on most people.”

Drake explains that Diffusion will examine key cultural shifts and debates surrounding artistic production, presentation and distribution within photography today. “We live in a time of image glut, and with the boundaries increasingly blurred between artist and audience, amateur and professional, we might ask, where is photography now? The world has never before been so visualised, yet the nature and meaning of photography and its status in art has never been so hotly debated.”

In particular, Diffusion will look at the relationship in photographic art between traditional and new hybrid forms and their place within contemporary visual culture. “In my mind, everything connects at the level of artistic practice and ideas, and the audience’s emotional and intellectual engagement with the work.”

The festival will feature much ‘straight’ photography, but also digitally manipulated still and moving image work, installation, painting, sculpture and performance. Highlights include the world premiere of award-winning filmmaker Gideon Koppel’s B O R T H, and Lure, a major exhibition of new work at BayArt by Helen Sear, another of Wales’ most important artists.

Elsewhere, Peter Bobby’s High-rise uses photography and video to critique the global phenomenon of high-rise architecture, questioning its relationship to the city below, and the exhibition Drift at the National Museum Cardiff includes three films artist Tim Davies made in response to his invitation to represent Wales at the Venice Biennale in 2011.

With an additional symposium at the National Museum Cardiff looking at the status and meaning of the photograph in contemporary visual culture, featuring a keynote address by Richard Wentworth, and the publishing weekend at the end of the month, Diffusion truly offers something different and particular to the context within which Ffotogallery works.

“I don’t feel the need to define Diffusion against other festivals, UK or otherwise, nor is it competing with them,” Drake says. “However, I have incorporated the better elements of other photo festivals in my conception of Diffusion. For example, the month-long model of Le Mois de la Photo, Montreal, and the Arles ‘atelier’ approach of using a large disused industrial space as a festival hub venue.”

The unique value of Diffusion, Drake believes, lies not in building the model around expensive portfolio reviews, ‘celebrity’ book signings, prizes and awards, but in offering a more inclusive and engaging experience for visitors. “What we can offer people is the opportunity to see some newly commissioned or previously unseen work, some familiar work presented in interesting new contexts, a convivial space for debate, creativity, social interaction and reflection, and the excitement of the two focal weekends bookending the festival – and all of this is for free or available at minimal cost.”

Asked about the ways he is integrating digital technology into the experience of the festival, Drake admits he is hesitant to give away any surprises but says that there will be some radical changes to Diffusion’s web presence and new opportunities for people to participate creatively using social media, involving a sophisticated level of real-time interaction.

“The virtual dimension of the festival has always been central to our thinking, as a platform for creating and presenting content, as live documentation, and also to extend the debate to people who are interested, but can’t for whatever reason make it to Cardiff during the month.”