Digital art: "If it's just about the technology, it's compromising the work" - a-n The Artists Information Company 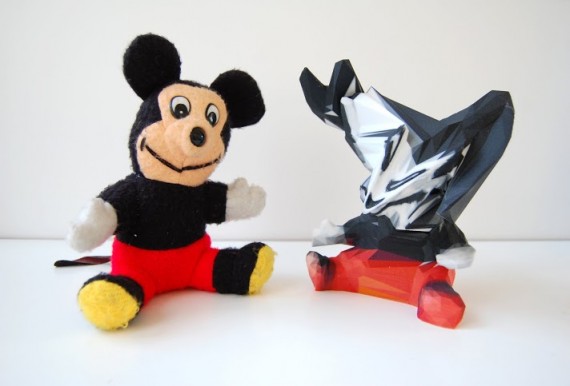 One of the first things you see on entering The New Sublime exhibition at Brighton’s Phoenix gallery is a tree. Of course, this being a show exploring the new ways artists are using digital technologies, it is not just any old woody perennial. Phonofolium by Scenocosme (French artists Gregory Lasserre and Anais met den Ancxt) is a tree that ‘talks’ to you, responding to human touch with sound.

Curated by Brighton-based artists Sam Hewitt and Shardcore, the show brings together the work of 14, mostly international practitioners. But although part of this year’s Brighton Digital Festival, it is not, stress the curators, an exhibition about digital technology.

“Anything that is just about the technology, that gets tied to a flashy new thing that you couldn’t do last year, is in danger of compromising the work,” says Shardore. “We call it the curse of the tech demo – a lot of digital art is just a demonstration of the latest algorithm or piece of technology. There’s often not a lot of consideration of why it exists as an artwork and what it’s for.”

While the pair both have their own individual art practices spanning a variety of mediums, together they also produce digital work under the name Fortunecats. Their approach to curating The New Sublime, now in its second year, is they say, very much informed by their own work as digital artists.

“We try to make work that means things to us, that uses technology as another channel of engagement with the audience,” explains Hewitt. “And so for The New Sublime we’re looking for people who are trying to do the same sort of thing, who are trying to express something and are looking around for tools to do it and finding these new tools available – so it happens in that order.”

A key piece in The New Sublime – a work which the pair say is indicative of their interest in contemporary art’s relationship with digital technology – is No Network by Berlin-based ‘critical engineer’ and artist Julian Oliver. What the viewer sees in the gallery space is a scale model of a 1966 British Chieftain tank. The real weaponry, however, is hidden inside, in the form of a mobile network jammer that block’s cellular signals within its immediate vicinity.

“The tank itself is obviously a very loaded symbol,” says Hewitt. “And then you understand what the object is for, that it’s about taking our second brains away – you can’t use your phone, you’re on your own.

“So if you live with a feeling that our sense of being alone is being encroached upon from every angle by technology, and that we use these devices to escape from the present moment, then pushing a battle tank into that arena and saying, ‘No, you can’t do that’ – that’s a very powerful statement.”

Whereas much of what passes for mainstream digital art celebrates the shiny interactiveness of technology – aspects of which can be seen in the Barbican’s current Google-supported blockbuster, Digital Revolution – what makes The New Sublime interesting is the way it challenges and disrupts, rather than just snuggles up to the latest tech innovation. It’s a bit messy and edgy, poking around for answers rather than presenting a fully-formed mission statement.

This is also evident in the Digital Art GONG Show, an event that will mark the end of the exhibition. Artists working with digital technology are invited to show and briefly talk about their work, with a panel of experts on hand to ask questions and pass judgment. Both playful and occasionally brutal, the idea is to create an open forum for discussion.

“It can be very instructive, with a lot of passion and a lot of fun,” says Hewitt. “Like The New Sublime itself, it’s about finding out what digital art is.”

The New Sublime continues until 27 September 2014, Phoenix Brighton. www.phoenixbrighton.org. If you’re an artist working with digital technology and would like to take part in the Digital Art GONG Show, email [email protected]