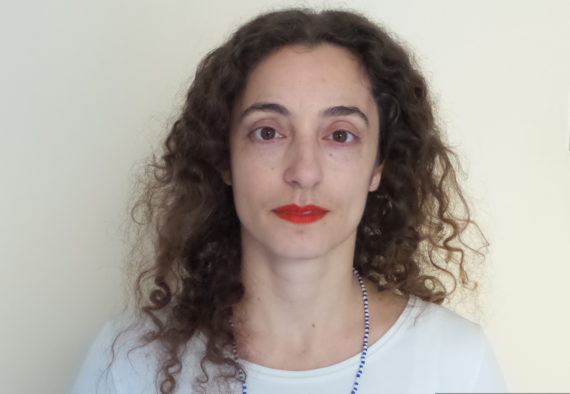 Irini Papadimitriou appointed creative director of FutureEverything The current digital programmes manager at London’s V&A and head of new media arts for Watermans will join the Manchester-based digital culture organisation as it looks to develop ‘outlets and funders for new media art in non-art domains’. It is also working on enhancing its research programme and festival of digital culture.

Commenting on her appointment, Papadimitriou said: “I am looking forward to working with the talented FutureEverything team and the community in Manchester, but also in the rest of the UK and internationally, to forge new connections, enable new ideas to develop, and open new ground for critical conversations about the potential and impact of technology, innovation and digital culture today.”

Andy Stratford, the organisation’s managing director, added: “The appointment is a key part of our Change Creation strategy, a ground-breaking Arts Council England programme involving and engaging organisations to create and realise lasting change. We are thrilled to welcome her to the team here in Manchester.”

Papadimitriou replaces the organisation’s founder Drew Hemment, who will be remaining in a leadership role on the FutureEverything board of directors, whilst also working on large-scale international work.

Cuban artists and cultural figures protest new legislation criminalising independent cultural activity Issued by the government last month, Decree 349 will give authorities total control over artistic production. It means that any events by musicians, artists, writers and performers must be first approved by the ministry of culture. Failure to comply could result in fines, property seizure, and jail.

As Artforum reports, an open letter criticising the legislation has been signed by a number of Cuban creatives, including artists Tania Bruguera and Enrique Risco, curator Yanelys Nuñez, and Laritza Diversent, the head of the human-rights organisation Cubalex.

In the letter, which is addressed to president Miguel Díaz-Canel Bermúdez, they state: “The new laws restrict the creativity of the Cuban people and criminalize independently produced art, limiting the ability to determine who can be an artist to a state institution.”

The group are also claiming that the law will infringe on international human rights agreements that Cuba signed at the United Nations headquarters in New York in 2008.

Sotheby’s to auction world’s first film poster Work promoting the first-ever public screening of films by the Lumière brothers in Paris in 1895 is part of auction of 164 rare posters. The historic event attracted only 30 people, even though 100 chairs had been put out. Media representatives were also invited but failed to show up.

The historic 20-minute screening featured footage of workers leaving the Lumière factory and a man doing a forward roll over a blanket held by four of his friends. Somewhat unsurprisingly, the audience was shocked by what they had seen, with some claiming it was magic and ‘the work of a conjuror’.

The poster was designed by the artist Henri Brispot and will be sold in an online auction opening on 28 August. It is estimated to reach between £40,000 and £60,000.

Sculptor Martin Puryear to represent US at Venice Biennale The 77-year-old African-American artist who is best known for his work with wood, was the subject of a retrospective at the Museum of Modern Art in 2007-08 before receiving a National Medal of the Arts from then-president Barack Obama in 2011.

Puryear’s work will be commissioned by New York’s Madison Square Park Conservancy and its deputy director and senior curator, Brooke Kamin Rapaport. He commented: “Puryear confronts contemporary issues as a maker of objects in the studio. For more than five decades, Puryear has created a body of work distinguished by a complex visual vocabulary and deeply considered meaning.”

There has been intense speculation surrounding the US selection for the 2019 Venice Biennale due to later than usual announcement by the US Department of State’s Bureau of Educational and Cultural Affairs. Some commentators had speculated that the lateness was due the chaotic nature of the Trump administration. Announcements for the last two editions of the biennale (Mark Bradford in 2017 and Joan Jonas in 2015) were made in April.

Banksy expresses frustration over unauthorised Russian exhibition The show at Moscow’s Central House of Artists features ‘approximately 100 exhibits, including unique original works, 3D objects, rare prints and photographs by Banksy, and much more… exhibited for the first time in Russia.’ However, Banksy knew nothing about it, expressing particular annoyance at the institution charging a $20 entry fee.

In a conversation with a unidentified friend on Instagram, Banksy said: “What the hell is that? I wish I could find it funny. What’s the opposite of LOL?” Regarding the entry fee, he added: “I don’t charge people to see my art unless there’s a fairground wheel.”

However, when quizzed about what he planned to do, he admitted: “Not sure I’m the best person to complain about people putting up pictures without getting permission.”

‘We’re all in the same boat’: Marina Abramovic poster angers Italian right-wing politician The right-wing deputy mayor of Trieste has raised objections to a poster designed by the artist Marina Abramovic for the annual Barcolana sailing regatta in the Gulf of Trieste. The poster features the slogan, ‘We’re all in the same boat’. The political row over the poster comes just weeks after Italy’s foreign minister and leader of the far-right Lega party, Matteo Salvini, announced that Italy’s ports would not allow migrant rescue ships to dock.

In a Facebook post, the deputy mayor Paolo Polidori described the poster for the 50th edition of the regatta this October as: “Unacceptable, in bad taste, immoral to make political propaganda out of an event, the Barcolana, that belongs to the entire city.” Abramovic’s design was first unveiled in July and described as a “universal” message promoting respect for the environment.