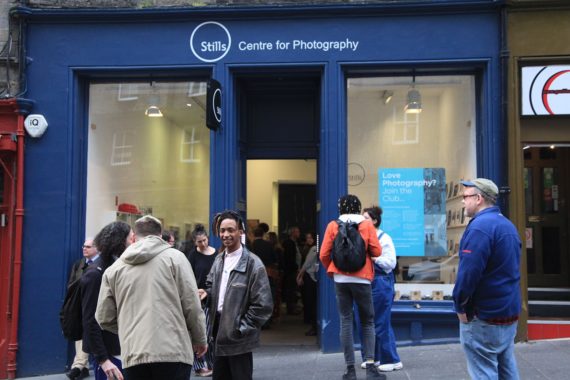 An online petition by Edinburgh-based photography centre Stills has attracted over 3,000 signatures following proposals by City of Edinburgh Council to treble the gallery’s annual rent from £16,000 to £47,000.

The registered charity, which opened in 1977, is one of the longest established photography venues in the UK and is the only dedicated public venue for photography in Edinburgh. In 2018 it became a Creative Scotland regularly funded organisation (RFO), and in addition to its exhibition programme houses a digital lab and dark rooms, while also offering various courses and residencies.

Stills currently pays a concessionary rate on its rent, which is something the city council wants to end. In a statement on the 38 Degrees petition page, Stills argues that the increase will force it to relocate from its current city centre location on Cockburn Street.

It said: “This poses a huge threat to our future. If we are unable to renegotiate this lease, staying on Cockburn Street and continuing to deliver our current programme of work will be unsustainable.”

The gallery adds that lease negotiations are still ongoing and that it has set up the petition to harness support. “We think this will help during the next stages of our talks with the council.”

As well as the rent increase, which will be introduced over five years, Stills has seen a reduction of 1% in its annual grant from the council to just over £16,000.

Gallery director Ben Harman told the Herald newspaper: “We fully understand the financial pressures that the council face but we feel strongly that Stills’ rent and grant situation is an anomaly that needs to be addressed.

“The increase in rent and decrease in grant funding undermines the value of Stills and presents a major risk to the delivery of our work, something that will have a negative impact on the visual arts ecosystem in Scotland and on the ever-increasing audiences for photography.”

He added that the city council has “a good track record of embedding cultural organisations into their development plans to achieve mutually beneficial outcomes” and that the gallery is “keen to continue to explore the ways in which we can work together to resolve this situation with CEC.”

Supporters of the gallery have been expressing their dismay at the council’s proposal.

The photographic artist Caroline Douglas tweeted: “Stills gallery knows, shares and celebrates photography. The proposed rent rise from Edinburgh Council will have a devastating impact. This decision is all the more short-sighted given Scotland’s central role in the history of photography.”

Stills Gallery knows, shares & celebrates Photography. The proposed rent rise from Edinburgh Council will have a devastating impact. This decision is all the more short-sighted given Scotland’s central role in the history of photography. Please sign/share. https://t.co/qt6IPB5QJv

The Scottish Contemporary Art Network (SCAN) tweeted: “The situation @StillsEdinburgh is an example of how fragile art’s place is in our communities. We urge policymakers and placemakers to put culture at the heart of decisions.”

Common Guild director Katrina Brown tweeted: “I have signed this petition about ECC and @StillsEdinburgh and hope many others do too. But honestly – we won’t save our visual arts sector in Scotland by reactive petitions. We need a concerted effort to stop these things happening in the first place.”

A spokeswoman for the City of Edinburgh Council told The Herald: “When the original lease was drawn up for Stills Limited they were offered a substantial reduction in rent in recognition of the considerable capital they planned to spend on the property. Stills are now being asked to pay their rent at market value and the increase is being phased over five years.”

The current exhibition at Stills is titled ‘Ambit’ and celebrates ‘new and diverse approaches to photographic image making in Scotland’ and features work by Kieran Dodds, Brittonie Fletcher, Alex Hall, Morwenna Kearsley, Mhairi Law and Frances Scott. It is being staged in collaboration with Glasgow’s Streetlevel Photoworks gallery.

For more information on the Stills petition, visit www.you.38degrees.org.uk