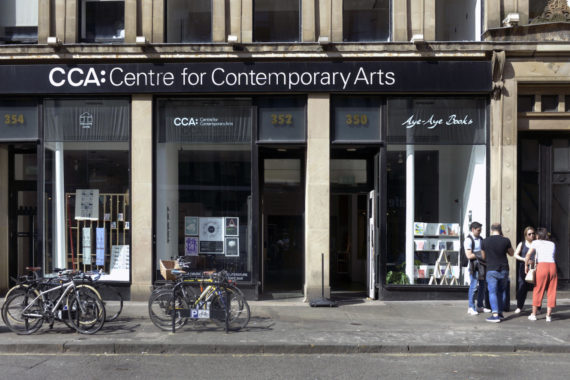 Glasgow’s Centre for Contemporary Arts to remain closed until end of August Following the Glasgow School of Art fire last month, the organisation based within the cordoned area in Garnethill has said in a statement that it expects to remain closed for the duration of July and August. It also added that, at this time, there is ‘no set date for re-entry’.

Around 115 events, exhibitions and residencies have been impacted by the closure, including two exhibitions: Jonas Staal’s ‘The Scottish-European Parliament’ and ‘A Weakness for Raisins: Films and Archive of Ester Krumbachová’, that have been postponed. Another, Sogol Mabadi & Emma Helen Reid’s ‘Encounter no. 1’ has moved to The Pipe Factory on Bain Street, while Jamie Kane’s ‘Grafting’ will also move to an as yet unannounced alternative gallery.

Meanwhile, a number of ‘cultural tenants’ based at CCA are continuing appeals for donations to their Just Giving and Go Fund Me pages during the closure. Aye-Aye Books, Welcome Home and Paragon Music need to raise funds to cover various expenditure, including paying staff wages. 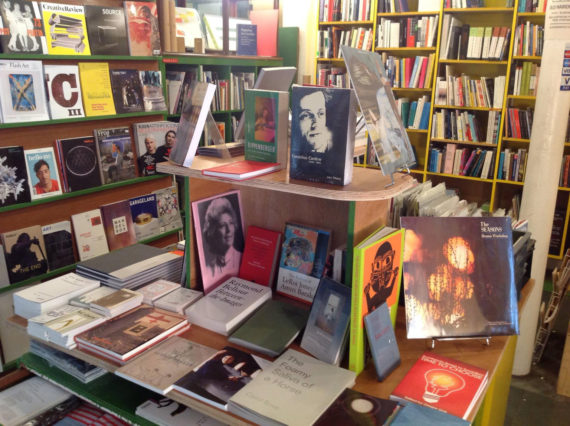 Germaine Greer claims ‘we should stop teaching art’ in schools Speaking at last weekend’s South Bank Sky Arts awards, the feminist writer told the Press Association that art is too restricted as a school subject, and would be better as an activity done at home.

Greer said: “I think perhaps we should stop teaching art. I think we shouldn’t be teaching kids how to do it.” She added that she thought grading art in schools was ‘wrong’, and that you cannot do art at school, and instead ‘you do art at home’.

Greer was at the event to present artist Rose Wylie with an award for visual art for her 2017 show ‘Quack Quack’ at the Serpentine Sackler Gallery. She responded to the comments by telling Frieze: “You can give the subject value by including it in the curriculum: giving it a level status with maths or science, rather than denigrating it by excluding it.”

Although Wylie said that Greer might be right in terms of teaching creativity directly in schools, she added: “You can bring about the subjective space it needs, and encourage conditions and attitudes from which it can emerge and flourish.”

Artemisia Gentileschi masterpiece becomes only 20th work by a woman owned by National Gallery after purchase for £3.6m 17th-century painter’s self-portrait, Self-Portrait as Saint Catherine of Alexandria, was painted only a few years after Gentileschi had her fingers broken during a rape trial in Rome involving the painter Agostino Tassi. The action, called the sibille, involved cords being twisted round her fingers then pulled tight. It was supposed to ensure she was telling the truth.

Although it is debatable whether the work was specifically produced as a creative responses to her rape, it is difficult to not read it in biographical terms.

It becomes just the 20th work by a woman to enter the National Gallery’s collection of more than 2,300 European paintings created between the middle ages and the era of Cézanne.

In a statement, the National Gallery said: “We are fortunate enough to have one of the strongest collections of Italian Baroque paintings in the world, with masterpieces by many of the leading artists of the time, and yet there is a scarcity of paintings by women artists in the National Gallery. The acquisition of Artemisia’s Self Portrait as Saint Catherine of Alexandria goes some way to redressing that balance, being the first female portrait – and the first self portrait – to form part of the Italian 17th-century collection.”

Arts Council England launches Impact and Insight Toolkit The new platform will roll out with National Portfolio Organisations from next year with the aim of better evidencing the impact and value of arts programming on audiences. It will be used by organisations receiving more than £250,000 funding, who will then report on their data outcomes from April 2019.

The toolkit was developed following ACE’s Quality Metrics pilot in 2016 and will run from July 2018 to March 2022, with a cost of £2.3m. This is approximately 0.14% of ACE’s overall budget for the National Portfolios in that period.

Owen Hopkin, ACE’s director of audience insight and innovation, said: “The sector have lead this initiative. It’s a substantial investment for us but we know it will help the organisations we fund better understand what people think and feel about their work, and whether it’s having the impact they want.”

French president Emmanuel Macron to reform country’s artist residencies France currently spends more than $8m per year on around 500 residencies and arts programmes in the visual and performance arts. Macron has asked senior civil servant Thierry Tuot to look at the strengths and weaknesses of the current initiatives, and to then make recommendations on the ‘reorientation, the creation, or the withdrawal of residency programs’.

Artist to receive $3.5m from US Postal Service for copyright infringement A photo of sculptor Robert Davidson’s Statue of Liberty replica at Las Vegas’s New York New York hotel was mistaken for the real thing. Although USPS attorneys argued that the design was too similar to the original for the artist to claim copyright, the US Court of Federal Claims awarded Davidson $3,554,946.95 in royalties plus interest.

As Hyperallergic reports, the USPS originally paid Getty Image $1,500 to license the image. It sold 4.9 billion of the Lady Liberty stamps, which equated to just over $2.1 billion in sales and $70,969,419m in profit.