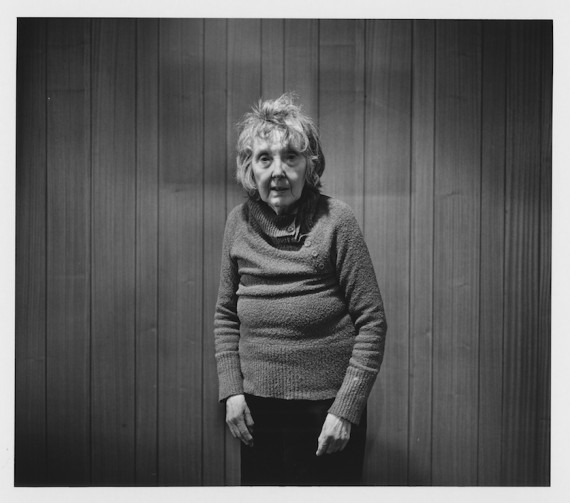 Photography’s obsession with ‘newness’ can get a trifle exhausting. Open submission awards in search of the next talent, portfolio reviews that aim to further the careers of emerging photographers – a cynic may tell you that these opportunities offer little more than brief exposure to the industry’s influencers. Worse still, some are thinly-veiled cash cows trading on the aspirations (and delusions) of those willing to pay to play.

There are, of course, exceptions that yield rich and unexpected results, with an impact that transcends any fleeting fascination with trends or the collective energy of the moment. The inaugural Jerwood/Photoworks Awards is one such offering, demonstrating a high calibre of photography and tremendous future potential.

Selected from more than 400 submissions, the three UK-based awardees – Tereza Zelenkova, Matthew Finn and Joanna Piotrowska –  are currently presenting work at Jerwood Space, London. Each was granted a £5000 bursary and access to a production fund and pool of international mentors, providing the time, space and motivational push to develop ambitious new projects for the show that tours to Impressions Gallery, Bradford and Liverpool’s Open Eye Gallery.

“The awards came out of a conversation with Shonagh Manson, director of Jerwood Charitable Foundation, following our Family Politics exhibition in 2013 at Jerwood Space,” explains Celia Davies, director at Photoworks. “We are like-minded organisations and proactive in creating new opportunities and supporting practitioners. We want to be ambitious about this and stretch people’s potential. Specifically, we wanted the Jerwood/Photoworks Awards to be a new and unique national opportunity for photographers and artists.”

Davies stresses that the Jerwood/Photoworks Awards is not a prize. “It’s an active process that provides financial support within a critical and supportive environment,” she says. “Dialogue is a key impetus; we’ve aimed to create an award that values this at its core, and in doing so might contribute to the development of contemporary photography practice over time.”

That ‘practice’ as revealed in this exhibition is indeed a curious and compelling mix, albeit one made up of photographic work shot entirely in black and white. More importantly, however, it reflects what Davies calls “a dedication on the part of the practitioners to work that endures.” Each of the awardees, she adds, displays “a concern with the world and the individual”.

Tereza Zelenkova brings her unique brand of gothic-infused photography into the fray with a project that leads the artist back to her native Czech Republic. Exploring geography, history, folklore and mysticism, her repertoire of seductive yet sombre images offers views onto woodlands, caves, giant boulders, dog cemeteries and religious relics – decontextualised from their locations and almost existing outside of time.

Zelenkova’s special talent is to fire the imagination through the depiction of complex landscapes and surreal objects, where the mysterious circumstances behind their being work in tandem to form an eerie and enigmatic mood piece. No Zelenkova exhibition is complete without a thoughtful installation element, either. Some pieces here are presented in folk-art inspired frames, while others are hung in a manner that alludes to quaint, Eastern European household decoration.

Joanna Piotrowska’s cooly analytical work is made up of staged shots depicting young woman who have been cajoled into recreating poses from self-defence manuals. Contorted, sculptural and semi-humorous, the bodies have been photographed within domestic settings, repeated and reworked over the series until a feeling of the uncanny pervades.

“Each of the series produced by the awardees reveals a personal journey with their subjects – there is a slowness to their work,” Davies comments. Nowhere is this more evident than in Matthew Finn’s incredible project. His is a kind of straight photography that consists of collaborative portraits of his mother shot over a period of nearly 30 years. The series has been revisited for the Jerwood exhibition, shot during a period when she has left the family house and moved into a care home.

Finn’s carefully edited set of images resolve into an unflinching and honest portrait of her rapid physical and mental decline, characterised by a shifting complicity as she moves from willing participant to objectified subject.

Traditional though it is, Finn’s is perhaps the ‘purest’ and most affecting of all three commissions. It serves as an reminder that at photography’s core is a documentary function, a communicative power capable of displaying creative intelligence, emotion and that certain something that cannot easily be pinned down. Here there is life, in all its beauty and horror, uncertainty and yearning, illuminating the unforgiving march of time.

“Is this photography or practitioners using photography? Does the delineation even matter?” Davies asks. “The fact that all the awardees have chosen to work in black and white and reverted for the most part to hand-printing to convey their ideas is noteworthy. I think it points to a shared concern for craftsmanship, control, a necessary visual refinement to explore their subjects – and an interest in the medium of photography itself and not just the photograph.”