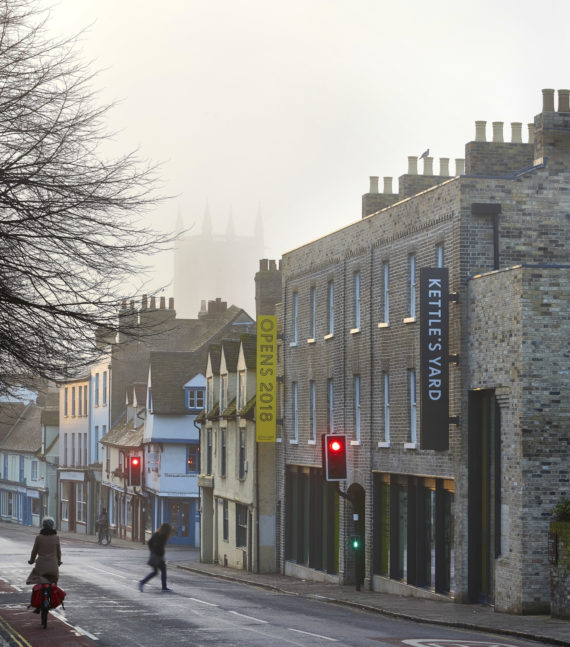 It’s the charming domestic intimacy of Kettle’s Yard that has always made a visit to this Cambridge gallery feel special. The house that Jim Ede built, or rather created by knocking together three small cottages, became an open house to the public from the moment he moved in with his wife Helen in 1958. Visitors at that time mainly comprised of students and those connected to the university. The footfall has significantly increased since then and this small gallery has, over the years, achieved renown for its ambitious temporary exhibitions of living artists.

Ede, who had been a Tate curator in the 1920s and ‘30s, had encouraged daily afternoon drop-ins for those wishing to appreciate his extensive art collection, while in the evenings regular piano recitals were held among the Hepworths, the Nicholsons, the Gaudier-Brzeskas, and other collectable knick-knacks and natural objects sourced locally – pebbles arranged in a spiral on an upstairs table is possibly the single most photographed display in the house. 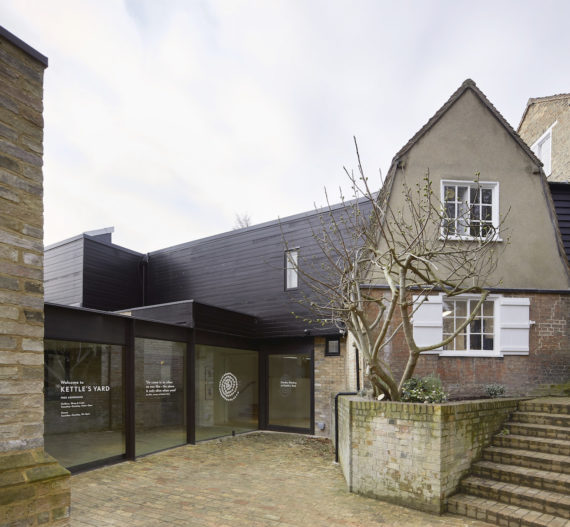 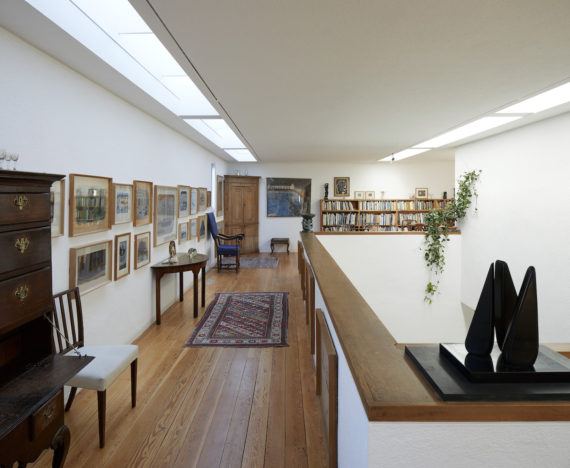 In 1966, Ede gave the house and his collection to Cambridge University, who at first were reluctant to receive the gift, unwilling to pay for the building’s maintenance and upkeep. Yet this was clearly a passing grumble, for in a little less than four years the house was significantly extended by architects Sir Leslie Martin and David Owers, with the addition of two new gallery spaces and a tiny shop. There were further refurbishments and piecemeal additions in the 1980s and ‘90s, but the charm of the original house has never been lost.

Visitors already familiar with Kettle’s Yard will notice subtle but significant changes, not least that it immediately feels lighter and brighter. Jamie Fobert Architects’ £11 million extension, funded by the Heritage Lottery Fund and Arts Council England, has left Martin and Owers’ additions to the house untouched, while other extensions have been demolished and replaced by two larger galleries, a wing dedicated to education and research, offices and a café. 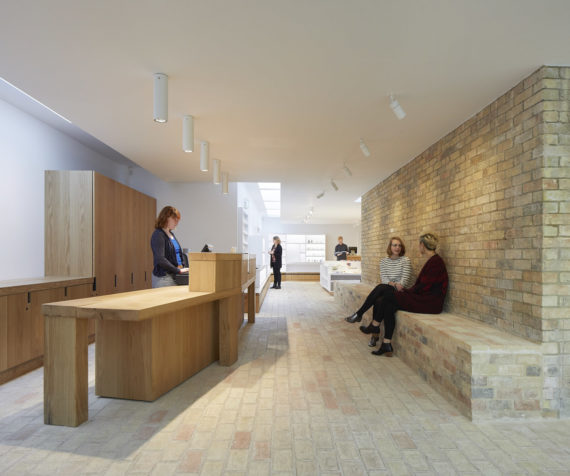 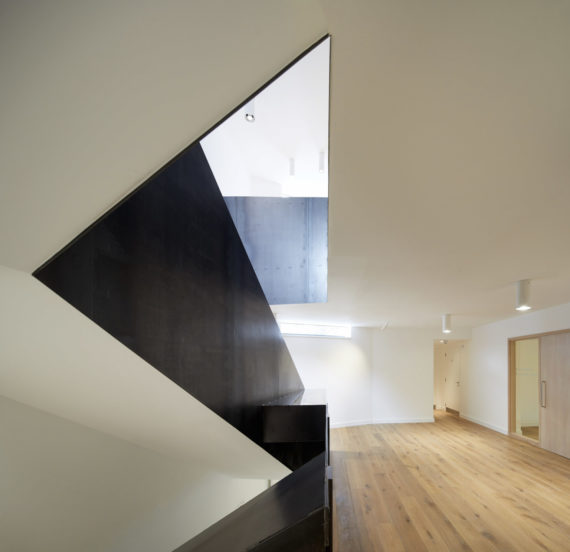 A new stairway leads up to the latter amenities (there’s also a new lift) lined with sheets of black galvanised steel. Here the welding has been left exposed and surfaces are marked and unpolished. The steel is a nice touch, though the exposed detail does feel a little out of kilter with the wood chairs and tables, almost Shaker-like in their artisanal simplicity. Ede’s enthusiasm for exposed interior workings extended only to the exposed wiring of the light switch fittings, but the effect, especially in such a cosy English setting, is mildly twee rather than hardcore constructivist.

The gallery now has a new glass-fronted front entrance whose doors are trimmed with bronze patinated to an almost black, though the old cottage entrance is still in use. One regrettable but unavoidable note: due to restrictions to what could be carried out, full access to the house, including wheelchair access, isn’t possible. It’s not quite the same but a virtual tour is promised instead. 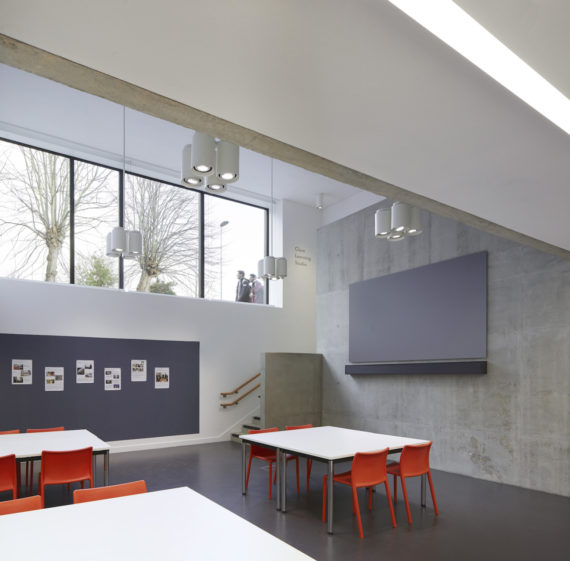 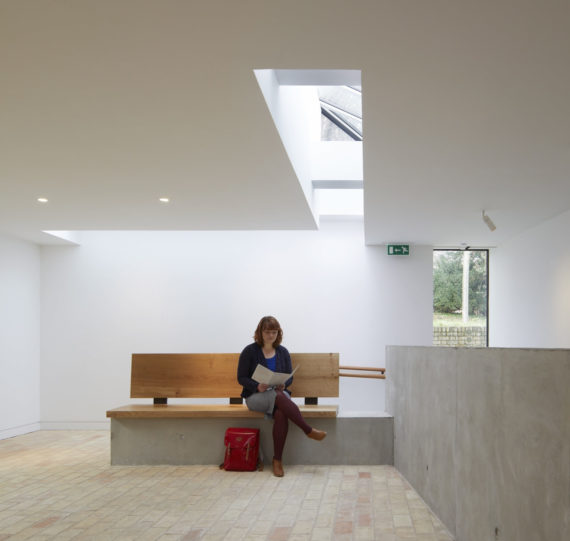 As you enter the new ticket and reception area of the gallery, with its light oak desk, it feels clean and spacious, in keeping with the new galleries, one with generous rooflights, the second with a large window. Most pleasing is the new brick flooring which copies the brick walkway outside, integrating indoors and out. It’s all very understated, all quietly harmonious, though, and one almost hesitates to say it, the frontage still feels a little too gallery-generic.

As for the exhibition which opens the space after its two-year closure, ‘Actions: The Image of the World Can Be Different’ is a group show of 38 artists, mainly contemporary, though a few modernists from the collection have snuck in, including Naum Gabo, Barbara Hepworth, Ben Nicholson and Gaudier-Brzeska.

The house incidentally is bursting with Gaudier-Brzeskas – how the Tate must regret not buying them when it had the chance. There’s a whole attic room of the French artist’s drawings, sketches and prints executed in an impressive variety of styles and idioms, and upstairs and downstairs there are his figurative sculptures. These also range in a dizzying array of styles (he fitted a lot into his 23 years) from a Jacob Epstein-like expressive naturalism, to his brute, cubist modernism. 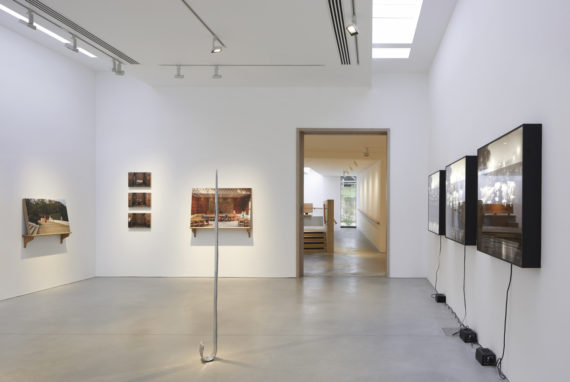 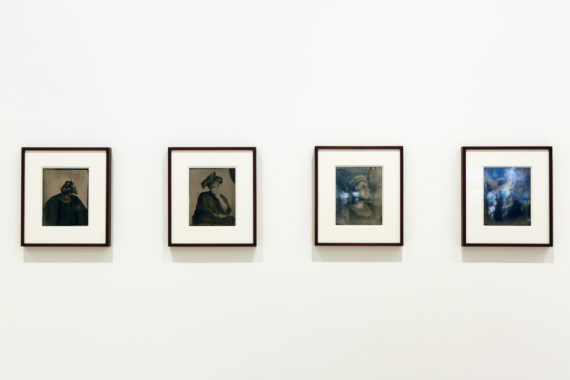 The theme of the exhibition is political and vaguely utopian, as you might guess from the title. The words are taken from a quote in a letter written by Gabo to critic Herbert Read, which talked of the possibilities of art in making quiet changes and shifts in thinking.

From a huge Oscar Murillo painting whose political content isn’t directly obvious to Jeremy Deller’s recent film following young Palestinians as they explore abandoned Palestinian villages in Israeli territory, to a re-enacted protest-performance by Mary Kelly, originally staged in 1971 by five women outside the Miss World contest in London, the work is incredibly disparate and the exhibition, despite some intriguing work, incohesive.

There are powerful photographic works by Khadija Saye, the young artist who impressed Kettle’s Yard director Andrew Nairne with her work at the Diaspora Pavilion at last year’s Venice Biennale, and who was invited to show at the gallery just a day before her death in the Grenfell fire. And then there’s a slightly irritating series of stilted images by photographer Melanie Manchot that feature Cambridge-based British-Bangladeshi women, dressed in their ‘vibrant, traditional’ clothes and decorously arranged in groups in various lavish settings of the university. It’s all a bit patronising and tiredly clichéd as explorations of diversity go. 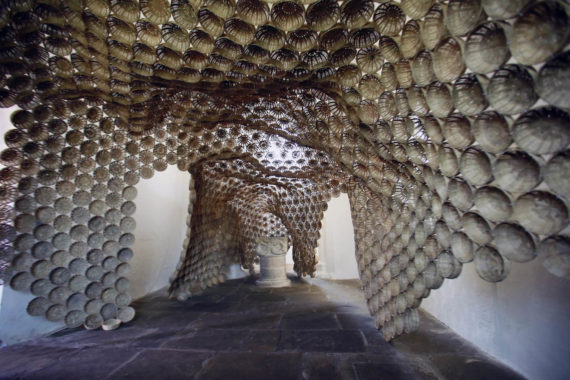 The best work by far is Rana Begum’s off-site and site-specific No.764 Baskets in the vestibule of St Peter’s Church, adjacent to the gallery. An intricate wave-like canopy seemingly made of lace, but actually constructed from 1,000 small bamboo baskets stitched together, it filters the light in the most captivating way. But overall, any temporary exhibition will have to try a lot harder to compete with the magical interior of the Edes’ house and their impressive permanent collection.

Kettle’s Yard reopens to the public on Saturday 10 February, 2018. ‘Actions. The image of the world can be different’ runs from 10 February – 6 May 2018. www.kettlesyard.co.uk