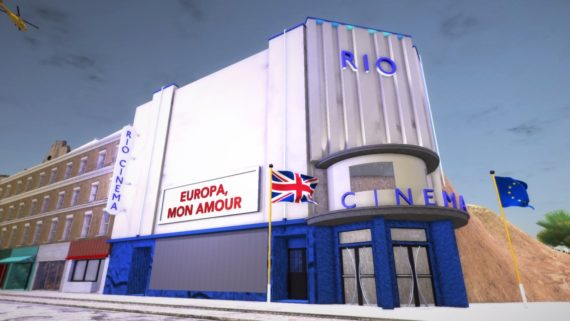 The shortlist for the 2017 Lumen Prize has been announced, with 38 works up for the annual prize that celebrates art created digitally.

The shortlist features artists working in ten different countries, including Brazil, China, the UK, Netherlands, Germany and Hong Kong. The winner of the Lumen Prize Gold Award, worth $3,000, will be announced at The Lumen Awards ceremony on 20 September at the Frontline Club, London.

Among the UK-based artists shortlisted are Lawrence Lek for his work Europa, Mon Amour. The virtual reality work is based on a dystopian London of the near future. Set in the days after the UK decided to leave the EU, it depicts the previously vibrant area of Dalston as having degenerated into post-apocalyptic delirium.

Stanza has been nominated for The Nemesis Machine – a mini, mechanical metropolis that monitors the behaviours, activities, and changing information of the world around us using networked devices and electronically transmitted information across the internet.

In the Still Image category, Damien Borowik has been nominated for Cherry Blossom and Mountains. This drawing is the latest artwork the artist has created using one of his handcrafted machines.

The full shortlist can be viewed here.

Since its first show in London’s Cork Street in January 2013, Lumen has given away more than $40,000 and has staged over 30 exhibitions and events around the world, including New York City, Shanghai, Athens, Amsterdam, Riga, Cardiff, Hong Kong, Leeds and London.

The 2017/18 Lumen Prize Global tour begins at Brighton Digital Festival, the UK’s largest festival for digital culture. From 29 September until 13 October the winners of the 2017 Lumen Prize will exhibit their work at the University of Brighton’s Edward Street Gallery.