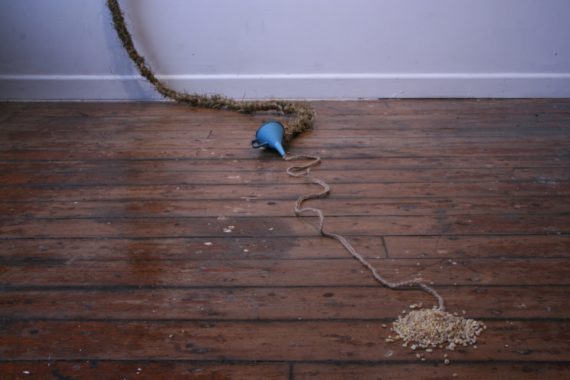 From Chaos
Ebor Studio residents Martha Lyons Haywood and Matthew Quick present a joint exhibition of artworks that are often constructed from a combination of found and made objects, with each artist taking a distinct approach. Haywood’s work is often site-specific, constructing an encounter between the object, the space it is in and the audience. Quick creates musical objects, from which he usually records and edits sound pieces. This is the first time that his instruments will be shown in a gallery context, allowing for audience participation in the sound-making process.
16-21 February 2018, Ebor Studio and Gallery, William Street, Littleborough, Lancashire OL15 8JP.
www.a-n.co.uk/events/from-chaos 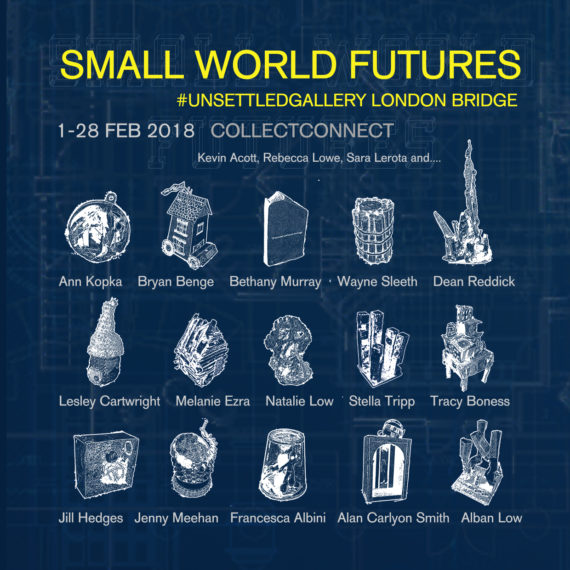 Small World Futures
#unsettledgallery is a series of public spaces around London Bridge, which artists Dean Reddick and Alban Low have cultivated and curated as exhibition spaces. ‘Small World Futures’ is a group exhibition of 16 artists whose small-scale sculptures and interventions will be displayed amoung the flowerbeds, railings, gullies and crevices that make up this public gallery. Six writers have been invited to respond to the works, which may stay up for just an hour or several weeks, depending on how the public interact with them. The theme of ‘Small World Futures’ is derived from the disconnect between the way politicians speak of our futures and the way an individual may feel about this. Each artist was invited to envisage what the future of ‘a world that they could call their own’ might look like.
Until 28 February 2018, #unsettledgallery, various locations, London Bridge, London SE1.
www.a-n.co.uk/events/small-world-futures 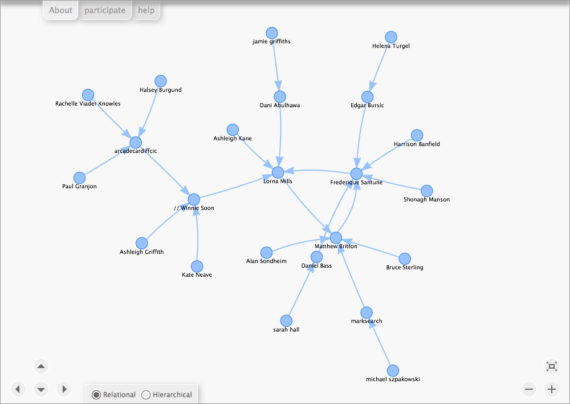 A network of people who attended an exhibition etc.
Over the next few months Garrett Lynch is inviting visitors to an online site or 18 galleries worldwide to become part of a networked artwork, in which their information becomes the work’s content. This work forms part of a broader ‘netrospective’ exhibition and residency that Lynch is undertaking online on the Peripheral Forms website throughout the month of February, a chance to encounter a range works by the artist, lecturer, curator and theorist.
Until 31 July 2018, 18 galleries worldwide including Watermans, London and Plymouth Arts Centre.
www.a-n.co.uk/events/a-network-of-people-who-attended-an-exhibition-etc
www.a-n.co.uk/events/real-virtuality-the-networked-art-of-garrett-lynch 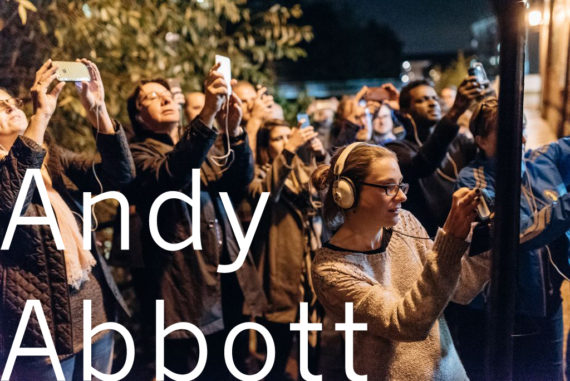 Andy Abbott
As Urban Oxford Digital Artist in Residence, Andy Abbott has taken on the role of an urban explorer to document and create a virtual trail of lesser-known areas of the city. Through his encounters and collaboration with members of the community in Oxford he will create a series of short videos under the title, If The Walls Could Speak. These will be shown on www.digitalartistresidency.org and at the Museum of Oxford.
10 February – 30 April 2018, Museum of Oxford, Oxford Town Hall, Oxford OX1 1BX.
www.a-n.co.uk/events/andy-abbott