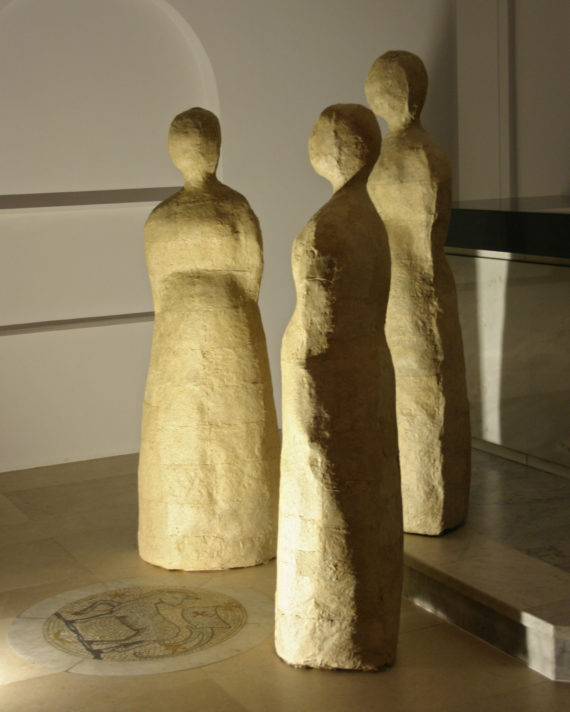 Sweet Strength
A site-specific work by Victoria Burgher, combining the artist’s interest in a conceptual use of material with the contemporary political context. Sculptural in execution, Burgher’s politically-engaged practice is underpinned by research into spaces and objects. Taking the site in which she works as a departure point, the artist uses laboriously repeated processes to translate and embody situations. Using ‘poor’ materials, her results are immersive, drawing out legacies from subjects such as decolonisation and personal identity.
Until 24 February 2019, St Augustine’s Church, 55 Fulham Palace Road, London, W6 8AU. www.a-n.co.uk/events/sweet-strength-a-solo-exhibition-of-sculptural-works 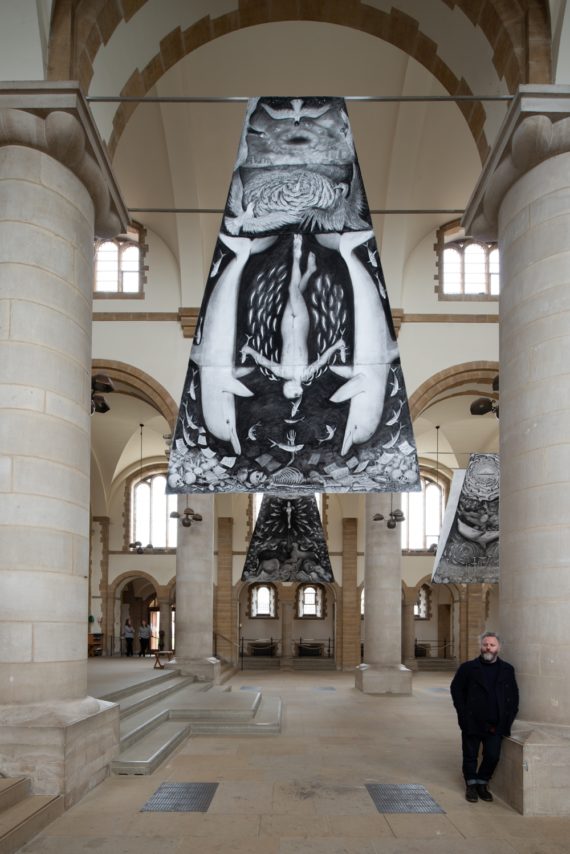 Soup of Souls
An installation of eight large charcoal drawings by Portsmouth-based artist Pete Codling, developed during ‘quiet contemplation’ in the Hermitage at Portsmouth Cathedral. Hung in the vast nave of the building’s interior, the compositions respond to the cathedral’s 2018 theme of ‘Time‘ – an artist-in-residence project realised with funding from Arts Council England. The narrative detail in each work tells of the artist’s response to stories of people being lost at sea within The Solent, offshore from the city.
Until 31 March 2019, Portsmouth Cathedral, High St, Portsmouth, PO1 2HA. www.a-n.co.uk/events/soup-of-souls 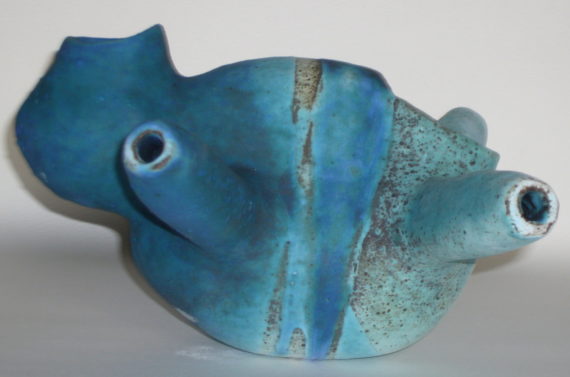 Corrine Edwards
An exhibition of ceramic wall pieces and sculptures by London-based artist and teacher Corrine Edwards. All of the works – depicting a range of objects from clogs, crowns and heads to horse shoes and ‘abstract animal forms’ – are rendered with Edwards’s signature dry sky blue glaze. The artist works with a variety of media and techniques, creating pieces inspired by subjects such as Ghanaian Adinkra symbols from West Africa and megalithic stone circles.
Until 10 March 2019, Skylark Gallery, Unit 1.09 Oxo Tower, Wharf Barge, House Street, London, SE1 9PH. www.a-n.co.uk/events/skylark-galleries-oxo-tower-featured-artist-18th-feb-10th-mar-2019 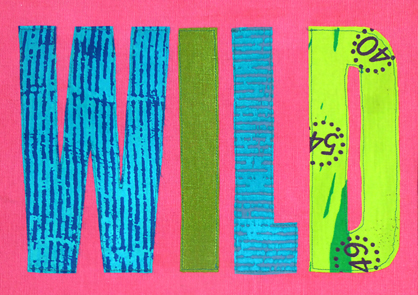 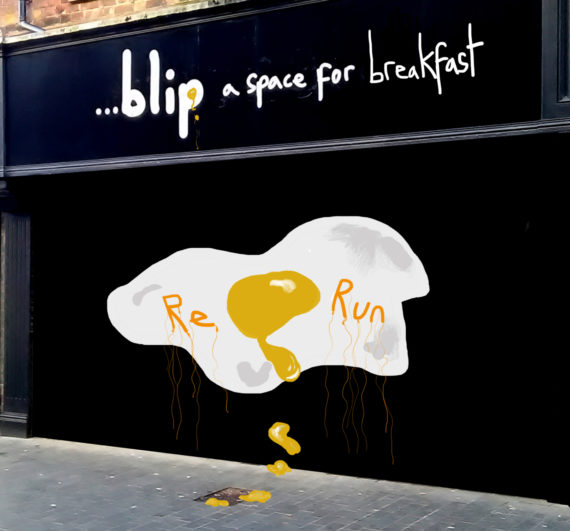 Rerun
An exhibition in the form of a rerun of two one-hour performances produced by artist Marc Renshaw and Ellie Collins, which took place at 8 Victoria Street in Grimsby at the start of 2018. With their ongoing project, …blip, Renshaw and Collins question ‘alternative uses of vacant spaces’ within Grimsby, with a view to highlight how high streets in towns across the UK face crippling austerity. For this show, documentation of the earlier performances will feature in a video installation set within Grimsby’s Top Town Market window space.
Until 9 March 2019, 8 Victoria Street, Grimsby, DN31 1DP. www.a-n.co.uk/events/rerun 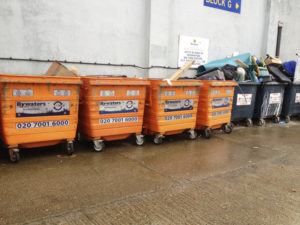 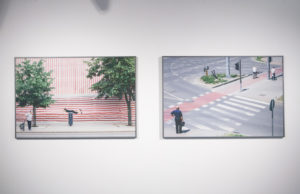 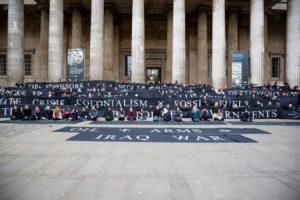