Memos on European cooperation: the utopian potential of art in the shadow of Brexit - a-n The Artists Information Company 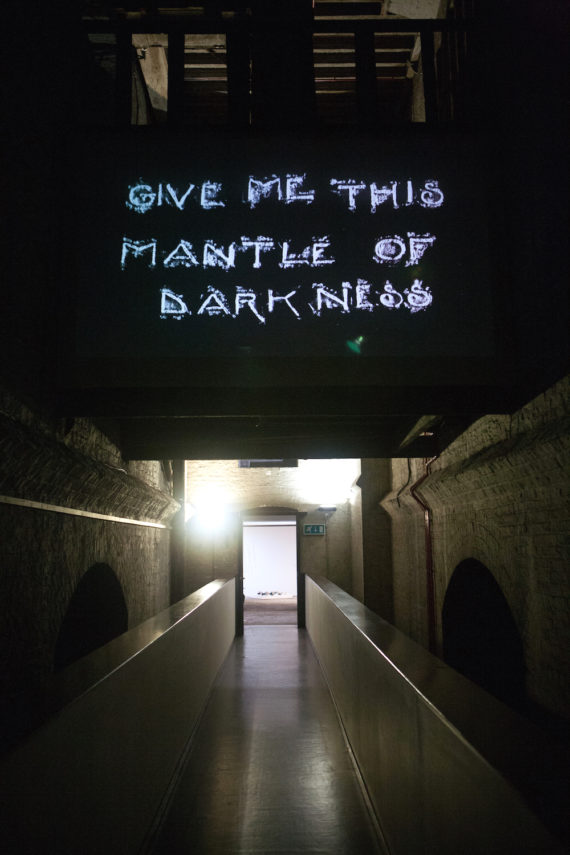 Thirty-one years ago, five essays by the Italian writer Italo Calvino, originally conceived as lectures to be delivered at Harvard University, were published posthumously as Six Memos for the Next Millennium. Individually titled Lightness, Quickness, Exactitude, Visibility, and Multiplicity, the sixth and missing memo, Consistency, can only be imagined.

Inspired by her interest in Calvino’s memos, Croatian curator Branka Benčić collaborated with the EU-backed CreArt (Network of Cities for Artistic Creation) to present the ‘Six Memos’ exhibition, currently taking place at The Bridge Gallery, Liverpool in the converted catacombs under the city’s St George’s Hall.

CreArt’s aim is to promote European cooperation and “improve the lives of our artists”. The ‘Six Memos’ exhibition has previously been shown in Valladolid, Spain and Lublin, Poland. 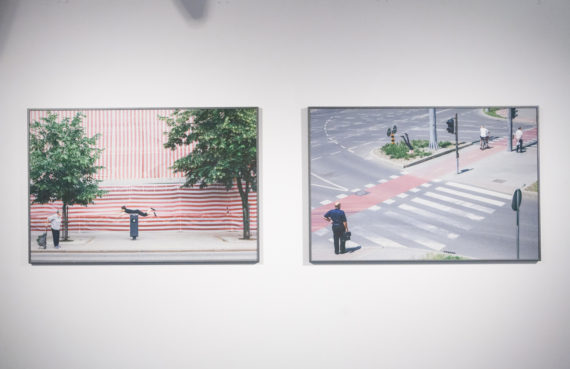 Following an open call, 90 artists’ proposals were submitted, with artists from the 12 European cities in the network invited to apply. After the initial sift, Benčić selected 20 artists in total, “one to two artists from each city”. She says: “The interesting thing about open calls is you really don’t know what to expect.”

Liverpool-based artist Adam Lee likes the model. “It’s very democratic, and great for artists to get their work seen when they might not have access to the curator.” Lee’s Identity Documents records “the relationship between possessions and identity through large-format photographs of bookcases”. Calvino writes: ‘…who are we, who is any of us, but a combination of experiences, information, readings, imagination? Every life is an encyclopaedia, a library, an inventory of objects, an index…’

European is an identity and an index that unites the artists in the ‘Six Memos’ show. But there is a cruel asymmetry to an exhibition of European artists funded through being in the EU, just as we’re on the cusp of being out. Will European artists based in the UK find other means to make and share their art after 29 March 2019? 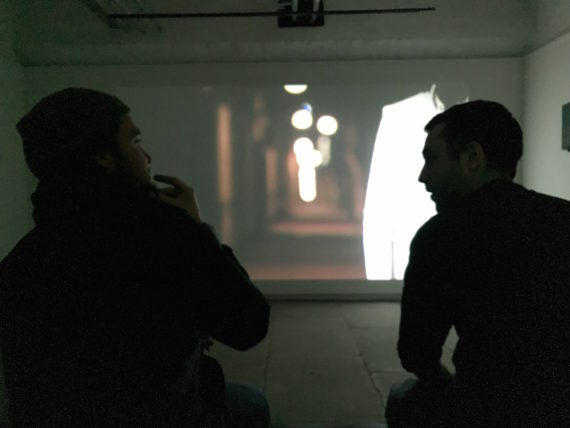 In Zagreb-based artist Zlatko Kopljar’s video, K17, a man wearing a shirt and suit made of material which reflects light walks slowly towards the camera. He then stands motionless on a sidewalk, waiting, neurons murmurating. The lights change off-screen, the gathered crowd around him pulses past. He remains, still. A line of people standing shoulder to shoulder bite a length of rope between their teeth. One of them has their eyes closed. Asleep, dreaming. Is the rope to stop them from screaming?

French artist Arnaud Caquelard’s cartography consists of blocks and margins of maps. Caquelard, who is based in Rouen, presents the installation, At Least as Lost as Atlas, in which pages hang loose, limp jaws, their raison d’être removed. On a low-level plinth below are squares of maps cut and pasted on to castors. In English, the wheels have come of, something has gone wrong. Each block, a binary bit of information cut along Cartesian coordinates, is a fraction of a whole. Without any axis, Atlas’s algebra doesn’t add up.

Liverpool artist and writer Laura Robertson collaborated with Mark Simmonds to make Medusa’s Prayer. Projected overhead as you enter the underground space are images of text in found fonts, reappropriated from the “statues and monuments in and around St George’s Plateau”. The words are Robertson’s version of the Medusa myth, a written riposte to Calvino’s Lightness lecture and “dedicated to all the women arrested for crimes of poverty who were held in the St George’s Hall cells”. 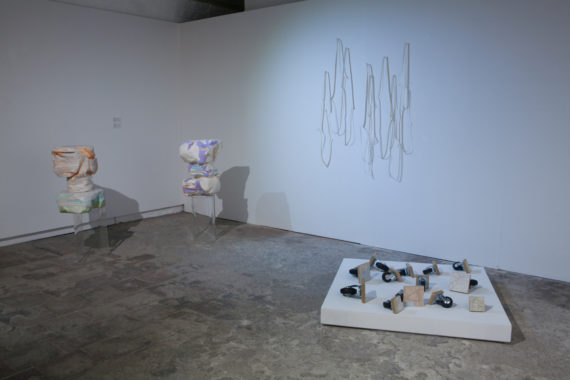 Robertson says: “I personally wouldn’t have been able to make these three new text pieces without the CreArt/Culture Liverpool commission; it’s given me much needed time, encouragement and resources. I’d almost given up on my art practice.”

Liverpool, the 2008 European Capital of Culture, is a fitting city to conclude the exhibition’s tour. From Thatcher’s “managed decline” through a coalition to the present, the people of Liverpool have, states Liam Thorp in a recent Guardian article, ‘shouldered the burden of the equivalent of an £816 per head fall in day-to-day public spending’. Poverty is political, a policy used against individuals and cities.

In 2016 Liverpool voted to remain in the EU, reflecting an awareness of the benefits that being in a union has given to the greater good of the city, whilst Westminster’s actions atomise and take.

According to Benčić, ‘Six Memos’ “is about looking forward and looking back… seeing if those ‘memos’ or proposals are relevant today… Believing in the utopian potential of art.”

There’s a caveat. It is also, she says, “a reality check”. 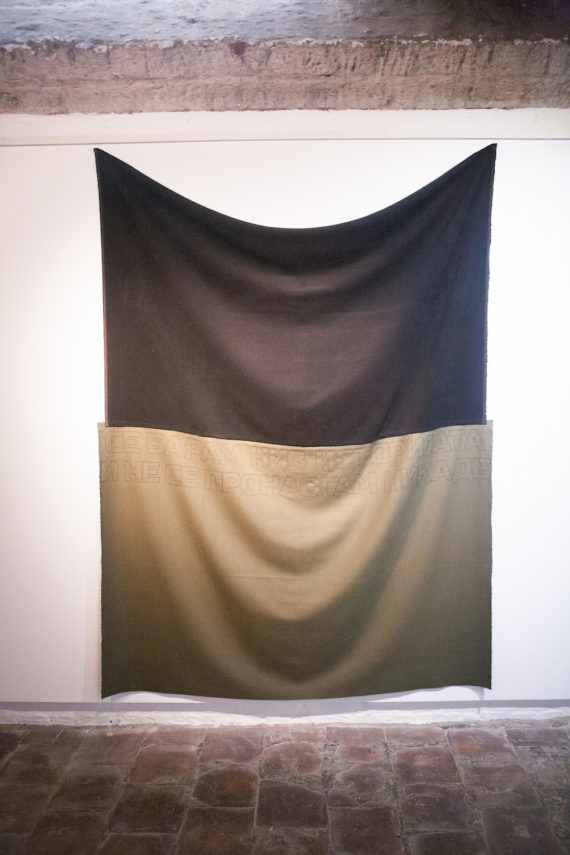 Martin Hamblen is an artist who lives and works in Preston. He is one of eight a-n members selected for the a-n Writer Development Programme 2017-18. For more information on the writer programme, and to read more of the 2017-18 cohort’s work, visit the 2017-18 programme’s blog on a-n.co.uk or use the a-n writer development programme 2017-18 tag 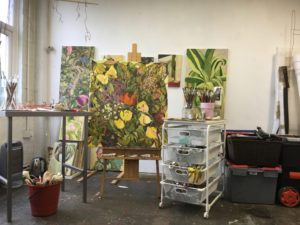