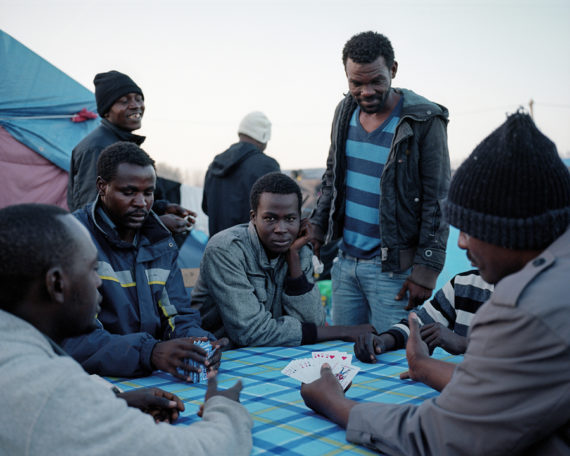 Daniel Castro Garcia, TJ Boulting, London
The winner of the British Journal of Photography’s 2017 International Photography Award presents his photographic series, ‘Foreigner’, which depicts migrants caught up in the European refugee crisis. The exhibition includes selections from the limited edition self-published book Foreigner: Migration into Europe 2015-2016 – shortlisted for the Paris Photo Aperture Foundation First Book Award – which the London-based photographer and filmmaker worked on with a tight deadline before the Brexit vote. It also includes new portraits, interviews and film footage taken in the past few months.
Until 8 April 2017. www.tjboulting.com 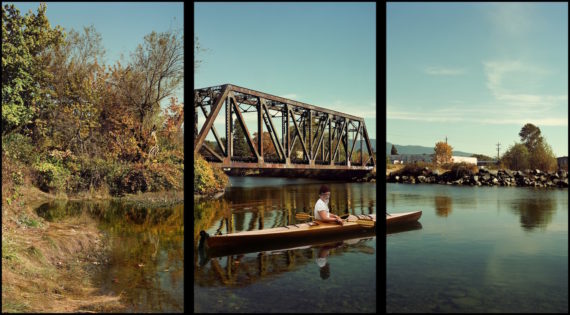 Rodney Graham: That’s Not Me, Baltic, Gateshead
Filling the two main gallery spaces at Baltic, this beautifully presented show is split between a bright and light-filled third floor gallery packed with the Canadian artist’s signature light-box pieces, and a darkly atmospheric fourth floor featuring film works made between 1994–2010. Playful, witty, complex and teeming with art historical references both in terms of form and content, this is a busy and engaging retrospective that includes 2003’s cinematically poetic celebration of obsolescence, Rheinmetal/Victoria 8, and 2000’s Aberdeen, a soundtracked projection work featuring 80 slides taken in Nirvana singer Kurt Cobain’s home town. (Chris Sharratt)
Until 11 June 2017. www.balticmill.com 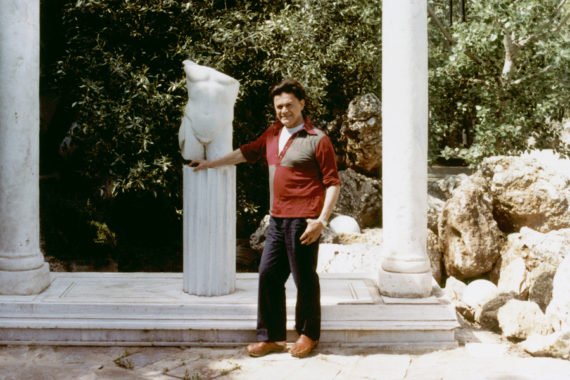 William E Jones, The Modern Institute, Osborne Street, Glasgow
For his second solo exhibition with the gallery, the Los Angeles-based artist presents his new 30-minute film, Fall into Ruin, which tells the story of his relationship with the late Greek art dealer and collector Alexander Iolas. Known for his work with the Surrealists and Andy Warhol, Iolas retired in the 1980s and died from AIDs-related illness in 1987 in the city of Athens, where Fall into Ruin is set. The exhibition also includes a body of photographic work by Jones.
Until 20 May 2017. www.themoderninstitute.com 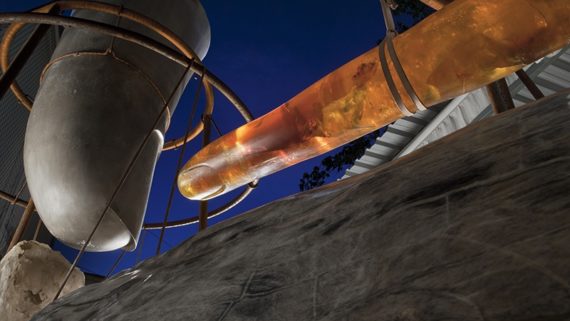 Casebooks, Ambika P3, University of Westminster
University of Cambridge’s Casebooks Project is a digital edition of manuscripts by English astrologer-physicians Simon Forman and Richard Napier, spanning 38 years of practice from 1596 to 1634. The exhibition, ‘Casebooks’, is a collaboration between the project, Ambika P3 gallery, and curator Dr Michael Mazière and features work by six artists: Jasmina Cibic, Federico Díaz, Lynn Hershman Leeson, Rémy Markowitsch, Lindsay Seers, and Tung. They have each produced new works in response to the manuscripts, which are part of the largest surviving set of medical records in history.
Until 23 April 2017. www.p3exhibitions.com 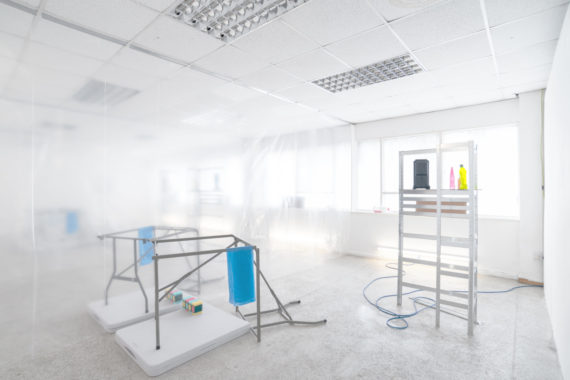 Leo Fitzmaurice, Caustic Coastal, Salford
This solo exhibition is part of the programme of public projects at independent art label Caustic Coastal in Salford. This is Merseyside-based artist Leo Fitzmaurice‘s first exhibition with the label and, with a practice that looks to reorganise the everyday and familiar, he has altered the gallery space with a fresh-looking installation. Situated in a unit on Regent Trading Estate near to Islington Mill, Caustic Coastal runs a programme of site-specific exhibitions and events.
Until 4 April 2017. www.causticcoastal.biz