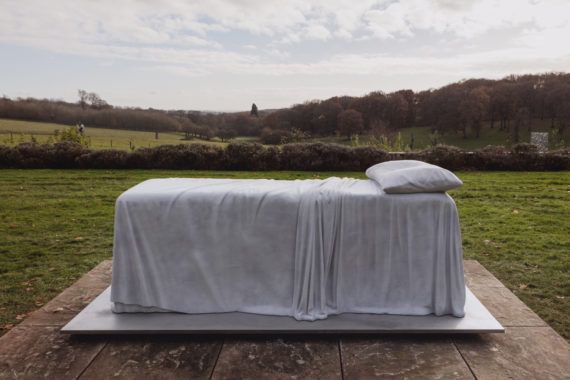 Dorothy Cross: Glance, New Art Centre, Roche Court, Wiltshire
Irish artist Dorothy Cross is known for using diverse media, from found and constructed items to opera, photographs and film. However, for her latest show the focus is a series of new sculptures, including a large bed carved in Carrara marble. It is a prime example of the duality much of her work deals with, the bed at first ‘glance’ appearing soft but then on closer inspection revealing itself to be something else entirely.
Until 11 February 2018, www.sculpture.uk.com 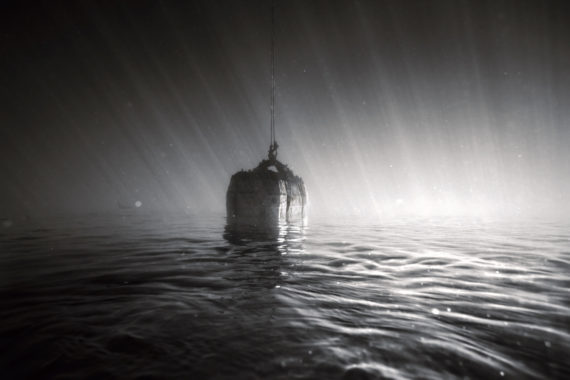 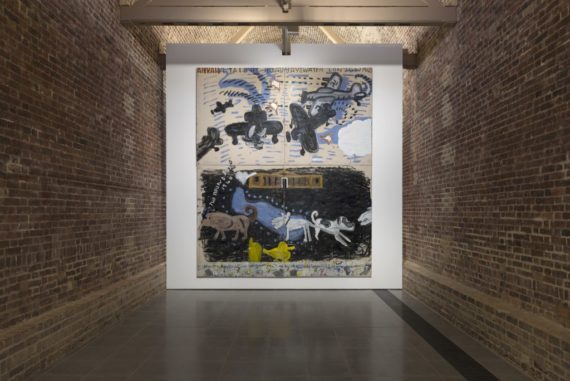 Rose Wylie: Quack Quack, Serpentine Sackler Gallery, London
Since her breakthrough a few years ago, much focus has been put on Wylie’s age, often at the expense of her actual work. Here’s a chance to ignore the hype and experience her painting on its own terms. Wylie’s latest show includes work dating from the late 1990s to the present day, some of which have never previously been exhibited. Highlights include a new series of paintings inspired by Hyde Park and Kensington Gardens, plus Wylie’s childhood memories of living in Bayswater during the Blitz.
Until 11 February 2018, www.serpentinegalleries.org 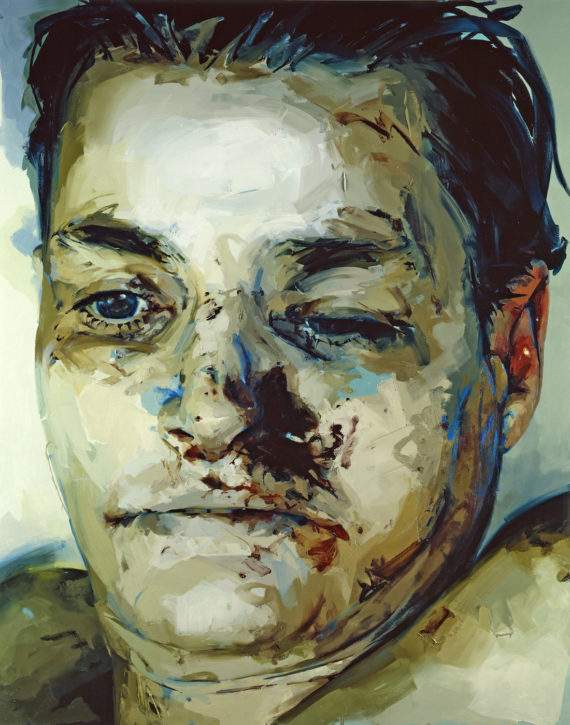 From Life, The Royal Academy, London
Marking the Royal Academy of Arts’ 250th anniversary, this exhibition celebrates the history of life drawing. There’s a stellar lineup of artists featured, including numerous Royal Academicians such as Jenny Saville, Chantal Joffe, Antony Gormley and Gillian Wearing. Also on show is a new interactive work featuring artists Yinka Shonibare and Humphrey Ocean, plus architect Farshid Moussavi, which offers a glimpse of possible future applications of virtual reality in art.
Until 11 March 2018 www.royalacademy.org.uk 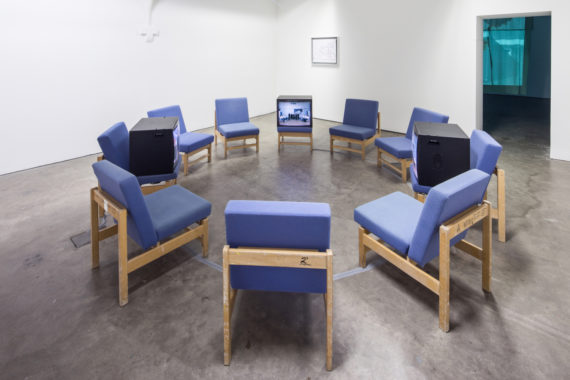 Edmund Clark, Ikon, Birmingham
This exhibition, ‘In Place of Hate’, is the culmination of artist and photographer Edmund Clark‘s residency at Europe’s only entirely therapeutic prison, HMP Grendon, in Buckinghamshire. It includes photography, video and installation that deals with issues of censorship, security and control. Clark was not allowed to make images that reveal the identity of the prisoners or details of the security infrastructure, with Clark’s response being to create work that explores ideas of visibility, representation, trauma and self-image.
Until 11 March 2018, www.ikon-gallery.org