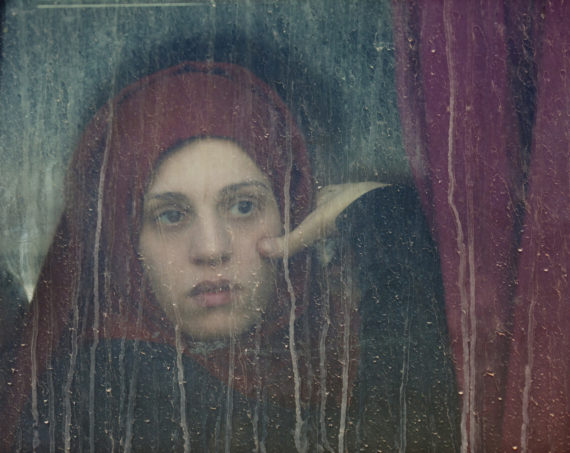 Abbie Trayler-Smith: After Darkness, Anima-Mundi, St Ives
This exhibition of photography captures the devastating effects of Isis on Mosul in northern Iraq. Abbi Trayler-Smith’s multi award-winning photographs capture a wide variety of subjects and, unsurprisingly, it’s hard hitting. Amongst the scenes captured are villagers next to their demolished homes, displaced people at Hasan Sham camp and a five-year-old girl outside a school building in Haj Ali where families sought refuge after fleeing the fighting in Mosul.
Until 27 March 2018. www.anima-mundi.co.uk 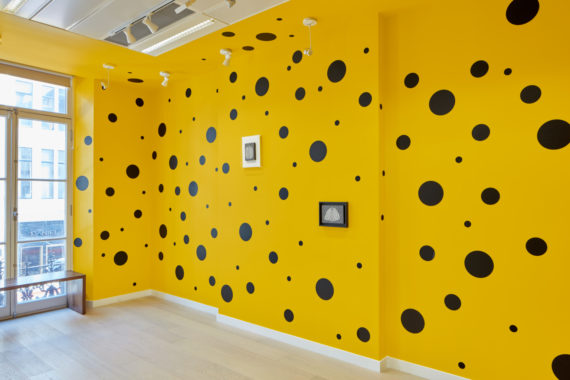 Yayoi Kusama: Small Pumpkin Painting, Omer Tiroche Gallery, London
Japanese artist Yayoi Kusama is renowned for her use of dots in a variety of media, including drawing, sculpture, film and performance. This show at Omer Tiroche Gallery features a series of small-scale ‘pumpkin paintings’ that are being shown for the first time in the UK. Kusama describes them as a form of self-portraiture, with the images relating to her childhood when her family would survive primarily off pumpkin-based dishes.
Until 1 June 2018. www.omertiroche.com 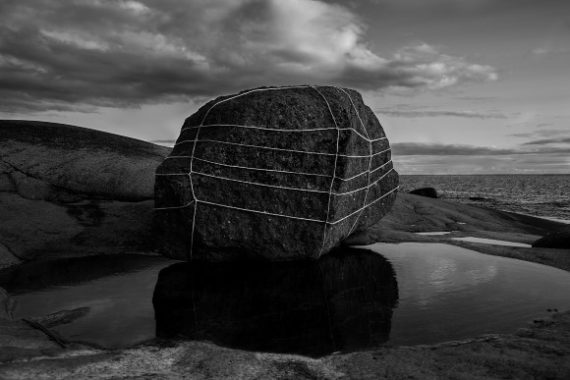 Anna Reivilä, Purdy Hicks, London
Finnish artist Anna Reivilä’s photographs explore the landscape through the act of binding and tying rope around natural objects. She has described it as a form of drawing, with the lines created making connections between the different elements. Influenced by Robert Smithson’s Yucatan Mirror Displacements from 1969, where mirrors reflected the surrounding environment, Reivilä’s work suggests a new way of seeing the landscape.
Until 7 April 2018. www.purdyhicks.com 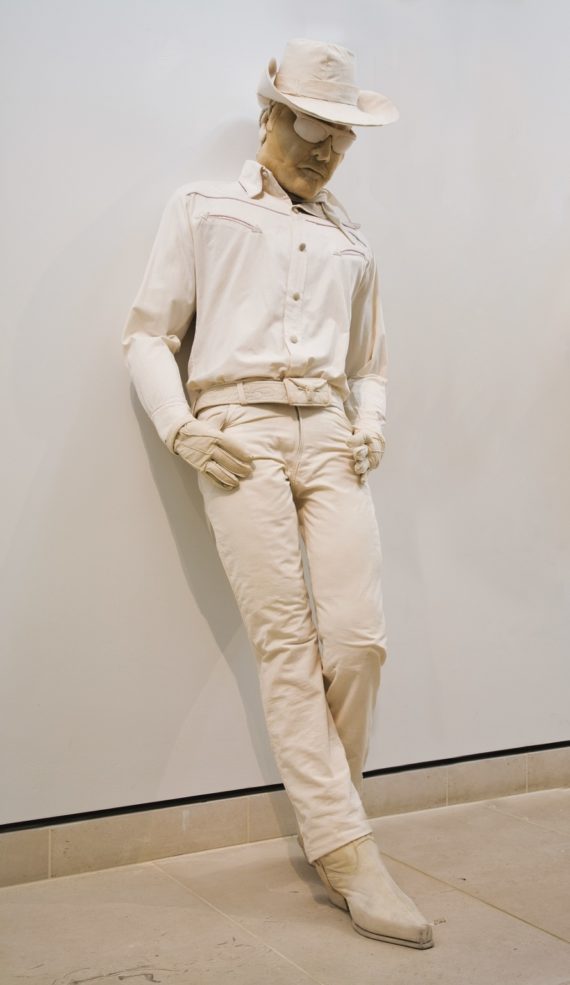 Pop! Art in a changing Britain, Pallant House Gallery, Chichester
This exhibition explores how artists in Britain in the 1950s and 1960s responded to rapid social change, with pop art emerging as a way of addressing the rise of mass media and the cult of celebrity. Drawn from the Pallant House Gallery’s collection, the show features a number of high-profile works including Peter Blake’s The Beatles, 1962, Richard Hamilton’s Swingeing London, and Cowboy by Jann Haworth.
Until 7 May 2018. www.pallant.org.uk 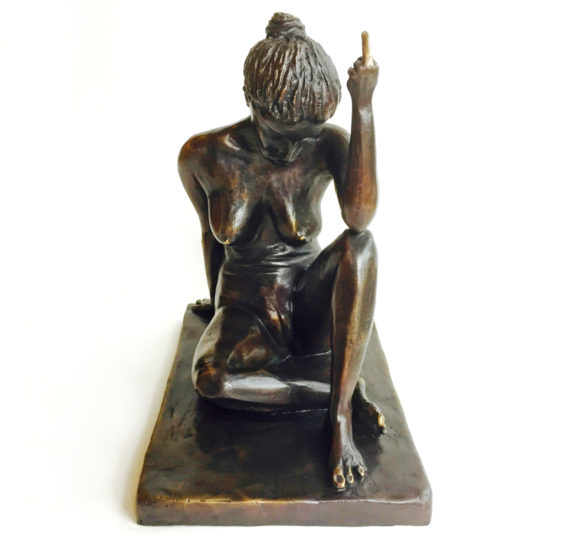 WO/, Vane, Newcastle
Marking International Women’s Day, this group show explores themes of feminine experience, identity and expectations. Raising questions about what it means to be a ‘WO/man’ in the modern era, there is a wide variety of work on show by the female-identifying artists who are taking part. Highlights include Lucy Bird’s sound work, In (side) Out (side), which explores shifting female ownership of language in a domestic and sexual context, and Liz Blum’s Break Barriers, one of a series of prints illustrating pay inequality, the struggle with patriarchy and ‘mansplaining’. Also on display is Samantha Boyes’ female figure cast in bronze, Anna – The Model’s Maillol, a subversive homage to the French sculptor Aristide Maillol.
Until 24 March 2018. www.vane.org.uk