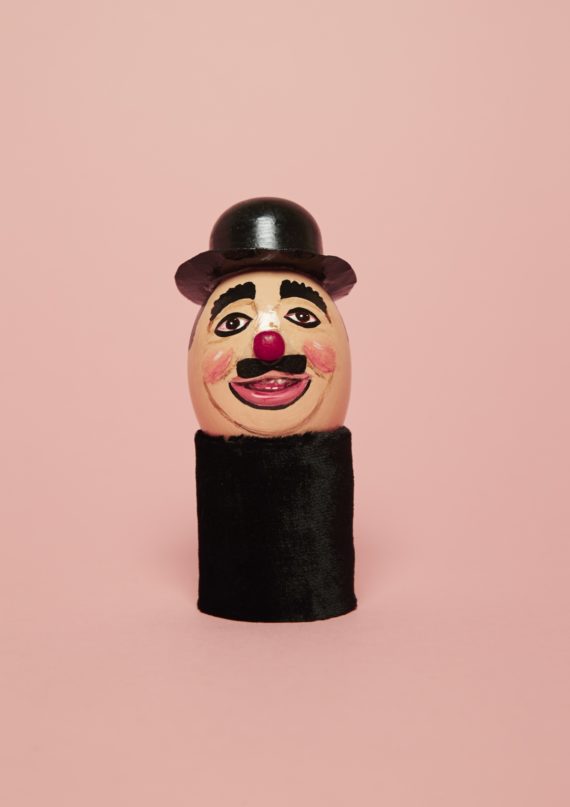 A Clown Walks Into A Gallery…, Grundy Art Gallery, Blackpool
Grundy Art Gallery’s summer exhibition programme celebrates 250 years of the circus, as part of the UK-wide project Circus250. This show is split into two parts, with Luke Stephenson’s photographs and Helen Champion’s texts documenting the Clowns’ Gallery-Museum’s group of over two hundred and fifty hand painted eggs. The objects record the painted faces of members of Clowns International, which acts as a kind of copyright register for clowns. The second part of the exhibtion is a group show exploring ‘performance, the role of disguise and the line between fiction and fact’. Artists include: Janice Kerbel, Laura Lancaster, Philip Newcombe, Pilvi Takala and Ulla von Brandenburg.
Until 8 September www.grundyartgallery.com 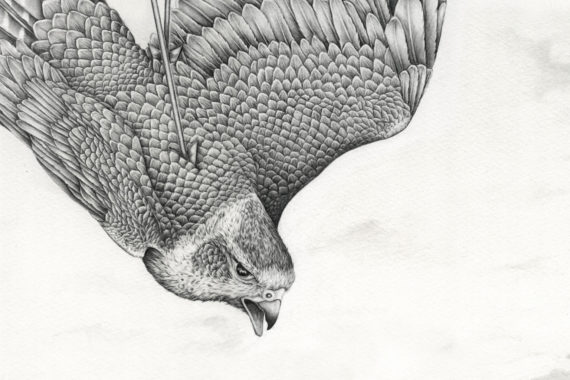 A Eulogy for Animals Lost, Gallery North at Northumbria University, Newcastle upon Tyne
This exhibition is the result of a collaboration between artist and lecturer Amy Dover and Dr Tanya Wyatt, an associate professor of criminology specialising in green criminology at Northumbria University. Together they explore the impact of wildlife trafficking on endangered species and what a number of scientists have referred to as the ‘sixth mass extinction’, mixing allegorical drawings of endangered species with academic writing.
Until 9 September www.tees.ac.uk 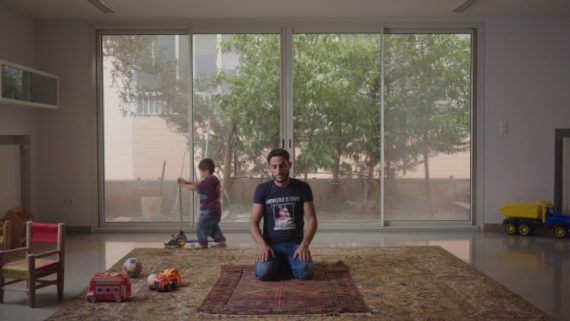 Akram Zaatari: The Script, New Art Exchange, Nottingham
Lebanese artist Akram Zaatari is known for exploring photographic records in the context of modern Arab societies. His latest show includes a new work, The Script, which looks at people’s varying attitudes whilst filming or photographing themselves. Also on show is Dance to the End of Love, a four-screen video installation comprised entirely of YouTube videos created and uploaded by young men from the Arab world, plus a series of studio photographs from his hometown Studio Shehrazade. The latter explores the posed attitudes of sitters in Lebanon from the mid-1950s to ’70s.
Until 9 September www.nae.org.uk 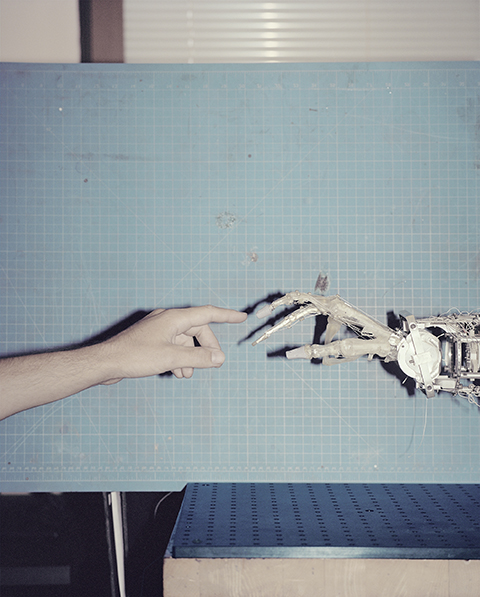 Sara, Peter and Tobias, TJ Boulting, London
This show features the work of Copenhagen based documentary photography collective Sara, Peter and Tobias, who are the winners of the British Journal of Photography International Photography Award 2018. The group explore the possibility that our reality does not exist as we believe it to, but that instead we live in a simulation. From Plato’s Allegory of the Cave through to Matrix, it is a subject that has been heavily explored but somehow remains intriguing and this show offers a different slant. Re-contextualising the theory within the current advancements in artificial intelligence, it poses the question: if we are able to create perfect simulations of our own experienced reality, might we only be programs inside a simulation run by others ourselves? Red or blue pill: the choice is yours.
Until 11 August www.tjboulting.com 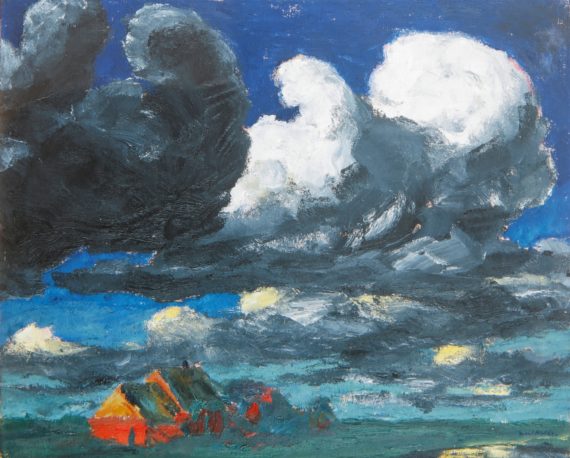 Emil Nolde: Colour is Life, Scottish National Gallery of Modern Art, Edinburgh
This bumper exhibition features over 100 paintings, drawings, watercolours and prints by the German-Danish artist Emil Nolde. Known for being one of the first Expressionists, he drew inspiration from the landscape surrounding his home near the Danish border, plus Berlin’s cafés and cabarets. The show also includes a selection of his so called ‘unpainted paintings’, which were creared on small pieces of paper during the Third Reich, when Nolde was branded a ‘degenerate’ artist and forbidden to work as an artist.
Until 21 October www.edinburghartfestival.com