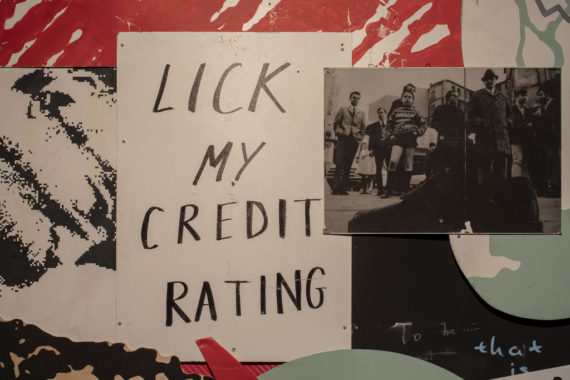 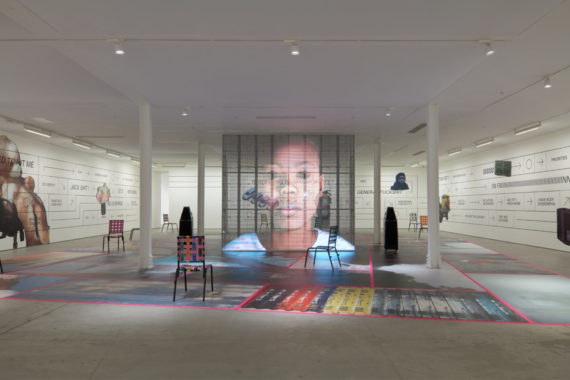 Martine Syms, Sadie Coles HQ (Kingley Street), London
Using film, performance, and technology to explore ideas around blackness in the 21st century, Syms is known for multimedia presentations that tap into her own biography as well as wider cultural concerns in relation to identity and race. With text-message style wall text, projections and sculptural elements, at the centre of this show, ‘Grand Calme’,  is an interactive avatar of the artist which visitors are invited to communicate with via their smart phones.
Until 20 October 2018. www.sadiecoles.com

Mairead McClean, Taigh Chearsabhagh Museum & Arts Centre, Lochmaddy, North Uist, Outer Hebrides
A new film and sound installation commissioned by The Wapping Project, ‘Making Her Mark’ sees London-based Northern Irish artist Mairead McClean looking at the notion and reality of borders. The film features Scottish dance artist Tess Letham, an outsized pencil and the beautifully wild scenery of the island of North Uist in the Outer Hebrides, where it was filmed. With a second accompanying film, the show is installed in Taigh Chearsabhagh and Lochmaddy’s former Tourist Information Centre over the road.
Until 27 October 2018. www.taigh-chearsabhagh.org 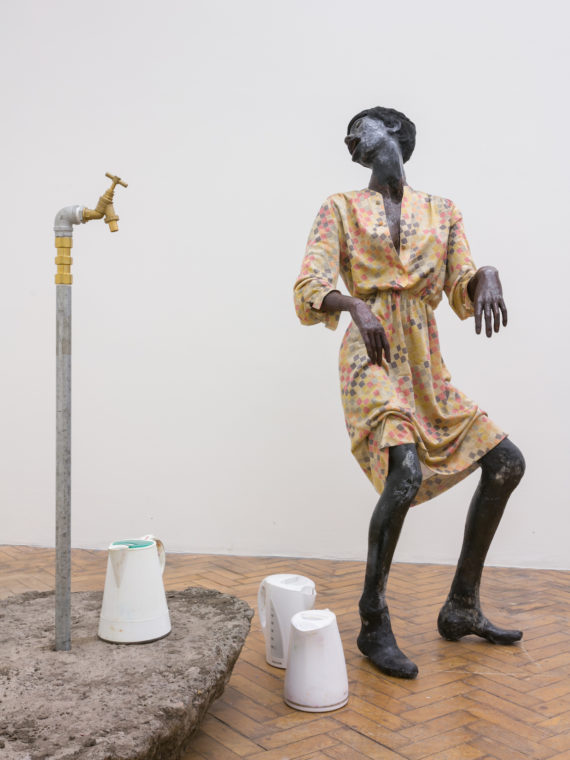 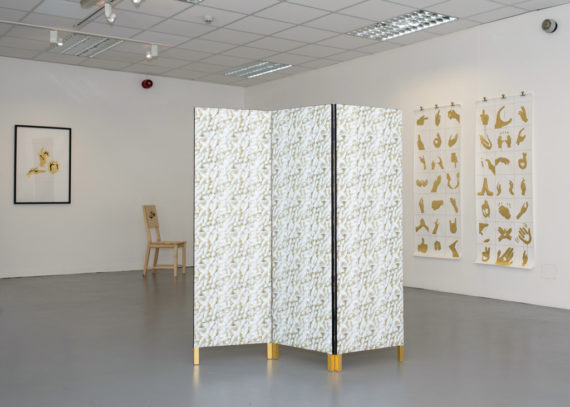 Zara Worth, Vane, Newcastle upon Tyne
Titled ‘Feed’, this exhibition looks at our relationship with hand-held technology and social media, presenting work that has been described by one curator as ‘swipe-specific’. The Harrogate-born artist, who now lives and works between Gateshead, Leeds and London, uses our online lives as the subject for artworks that utilise materials such as rice paper, gold and artificial roses – bringing the virtual and physical into a dialogue of the contemporary everyday. Read more about Zara Worth’s practice in our Artists + Instagram series.
Until 22 September 2018. vane.org.uk