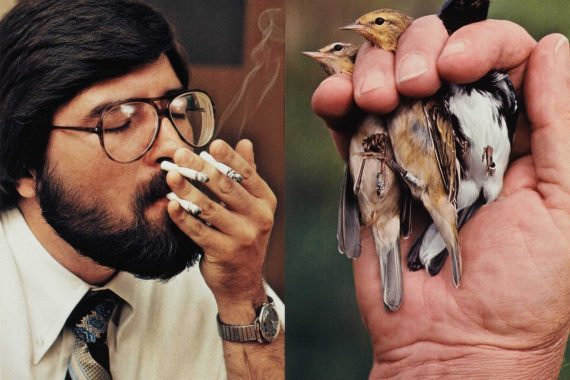 The Twin at Arcadia Gallery, Artspace Arcadia Gallery, Coventry
Presented as part of the Coventry Biennial 2019 programme, this show includes works that deal with the passage of time and its social and personal impact. Included are a selection of Nicky Hirst’s Elemental Works, an ongoing archive that cleverly pairs found pages from books and magazines, Aram Bartholl’s Dead Drops, an anonymous, offline, peer-to-peer file-sharing network which the public is invited to engage with via their own electronic devices, and Amy Guo’s works which investigate the relationship between human and digital technologies by considering the ways in which our social interactions with others are mediated through technology.
Until 24 November 2019. www.coventrybiennial.com/ 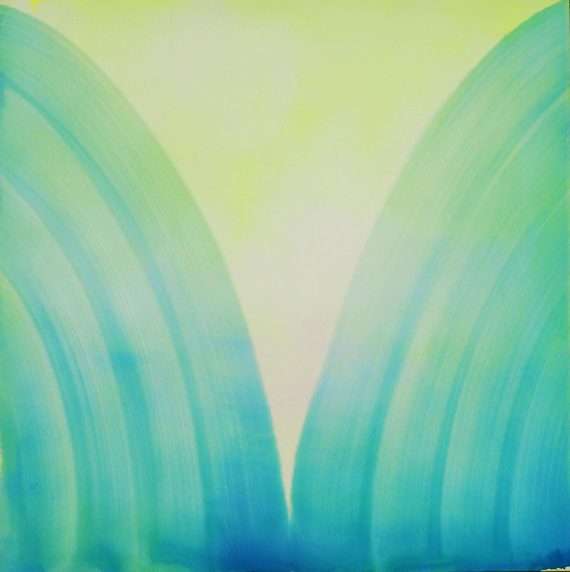 Object Meditation, After Nyne Gallery, London
Curated by Tom Wilmott and including works by Valerie Brennan, Dominic Beattie, Will Cruickshank, Sara Dare, Mark Francis, Chris Gough, Nick Grindrod, Alexis Harding, Jo Hummel and Marion Piper as well as Wilmott himself, ‘Object Meditation’ explores the idea of the painting as an object that is made to be observed. Whilst this extends to the notion that the viewer ought to be ‘present’, not just literally, but in the psychological sense, for many of the artists in the show the process of creating a piece of work is also seen as a cathartic act.
Until 19 October 2019. www.afternynegallery.com 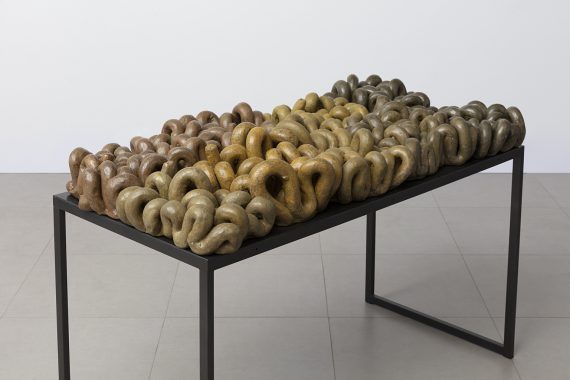 Anna Maria Maiolino: Making Love Revolutionary, Whitechapel Gallery, London
With simple materials like clay, paper and ink Anna Maria Maiolino constructs a fascinating world rooted in human conditions such as longing, fragility and resistance. Born in Italy during World War II, Maiolino has lived in Brazil since 1960 and her work gives form to her experience of exile, deprivation and survival under authoritarian and patriarchal regimes. Included in this major retrospective spanning six decades of Maiolino’s practice are a series of politically-charged films and photographs that explore repression and hunger, plus seemingly simple clay works whose gestural forms evoke baking, housework and objects of ritual.
Until 12 January 2020. www.whitechapelgallery.org

Major Conversations: Theodore Major in Dialogue with Contemporary British Artists, Turnpike, Leigh
Theodore Major (1908-99) was a painter who reflected the social and visual impact of heavy industry in Wigan. This show brings together a selection of his works alongside those of contemporary artists from across the north of England to continue the conversation started by Major and to reflect the social reality and lived experience of artists in the region today. Included are Nicola Ellis’ works made as part of her Return to Ritherdon project that saw the artist create a series of sculptures at the Ritherdon & Co Ltd steel manufacturing factory in Blackburn, Gordon Dalton’s melancholic paintings that reflect the beauty of both the natural and post-industrial landscape, and Emma Bennett’s brightly coloured geometric paintings on concrete panels made in response to the architecture of a 1950’s housing estate.
Until 9 November 2019. www.theturnpike.org.uk/ 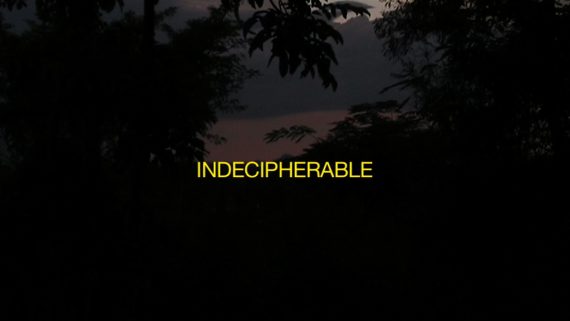 Emma Wolukau-Wanambwa: Promised Lands, Collective, Edinburgh
In her films and installations Emma Wolukau-Wanambwa examines differing worldviews in the wake of colonialism in east Africa. A fragmentary meditation on art, fact, fiction, memory, rights to land, place and displacement, Promised Lands marks the culmination of Wolukau-Wanambwa’s a substantial body of work collectively entitled Uganda in Black and White (2011-2014). The work features the voices of the artist, and Wanambwa’s uncle, Patrick Wanambwa, and of Theodor Hertzka, a 19th century Austro-Hungarian economist, who was one of many Europeans who tried to establish a utopian settlement (‘Freeland’) in east Africa. It also makes reference to the thousands of European refugees who found sanctuary in Africa during World War II and to the violent ongoing realities of internal and external displacement.
Until 24 November 2019. www.collective-edinburgh.art 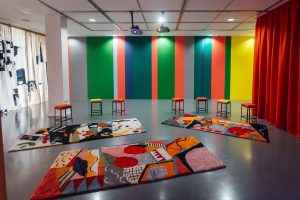