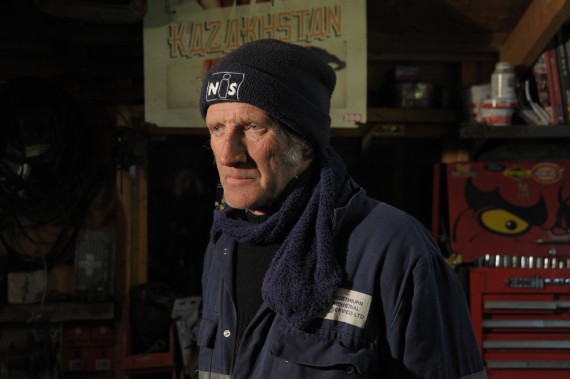 The Royal Scottish Academy has announced Alicia Bruce as the winner of this year’s RSA Morton Award 2014. The £5000 award is for artists working in a lens-based media in Scotland and is intended to support the research and development of a new body of work.

Bruce, a 2006 graduate of the Photography, Film and Imaging course at Edinburgh’s Napier University, is known for the collaborative nature of her portraiture, which explores the relationship between the photographer and the sitter.

Recent projects have focused on local communities, including Menie: A portrait of a North East community in conflict, which tells the story of a Scottish community whose homes were under threat as Trump International started work on what was claimed would be ‘The Greatest Golf Course in the World’.

The RSA Morton Award is funded by The Morton Charitable Trust and administered by the Royal Scottish Academy. Bruce will use the award to develop and create a new series documenting the robotic patients used for medical teaching at the Scottish Clinical Simulation Centre at Forth Valley Royal Hospital, Larbert.

The award culminates in a show at the RSA Annual Exhibition in 2015 as well as acquisition into the RSA Permanent Collections. Established in 2006, previous recipients of the award include Christine Borland, Rodger & Reid, Paul Rooney and Leena Nammari.