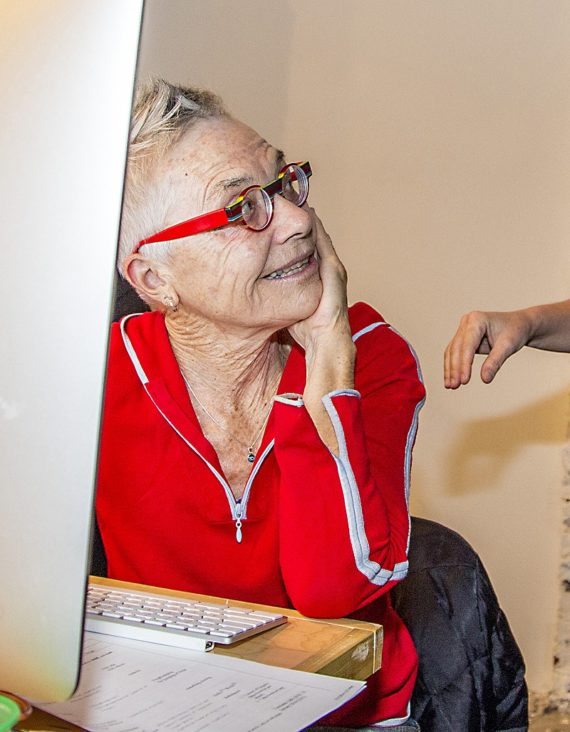 Born in Hollywood in 1939, Hammer obtained degrees in psychology and English before studying film at San Francisco State University. She began making her films in 1968, her breakthrough coming in 1974 with the four-minute film, Dyketactics, which explores lesbian sex and relationships.

Hammer’s first feature film was 1992’s experimental documentary, Nitrate Kisses, which won the Polar Bear Award at the Berlin International Film Festival and was nominated for the Grand Jury Prize at Sundance in 1993.

Hammer had solo shows at the Museum of Modern Art in New York and Tate Modern in London, whilst also exhibiting at the Whitney Biennial in 1985, 1989 and 1993.

More recently, Hammer debuted her work Evidentiary Bodies at the 2018 Berlin International Film Festival. Due to Hammer’s illness, the piece was completed with the assistance of editor Paul Hill through a residency at the Wexner Center for the Arts.

Hammer was also known for challenging taboos around death, and was an advocate for medical aid in dying.

Last month, in an op-ed published in the New York Daily News, she said: “I would be so grateful to be able to manage my own death by choosing the time and the person I’d like to have with me, so that I can die in comfort and with compassion.”

The Sackler Trust’s grant was awarded in 2016 and was intended for the gallery’s £35.5m Inspiring People project, which includes development of the building and a redisplay of the collection.

Recently, the US artist and activist Nan Goldin threatened to boycott the gallery if it accepted the donation. Goldin, who was herself addicted to the drug and has campaigned widely against the Sackler family’s arts philanthropy, told the Observer in February that she had been invited by the NPG to have a retrospective at the gallery, but would not do the show if it accepted the Sackler grant.

Trump tries to eliminate National Endowment for the Arts and the National Endowment for the Humanities, again The US president has released a $4.75 trillion budget proposal for the 2020 fiscal year, with the plans including a significant decrease to the national arts bodies. Both had been allotted $155m each by Congress for the 2019 budget, which was in fact a boost from previous years.

However, under Trump’s proposal the NEA will receive only $29m and the NEH $38m to allow for the ‘orderly termination of all operation over two years’. It adds that ‘activities funded by NEA are not considered core Federal responsibilities, and make up only a small fraction of the billions spent each year by arts non-profit organisations’.

It also states that charitable giving by individuals, foundations, and corporations is on the rise and that crowdfunding platforms such as Kickstarter should take the place of federal funding. ‘The Administration believes audiences and aficionados are better than the Government at deciding what art is good or important.’

Responding to the budget, the NEA told Artforum: “We see our funding actively making a difference with individuals in thousands of communities and in every Congressional District in the nation… The President’s budget request is a first step in a very long budget process and we will continue to operate as usual while also assisting in that process.”

Senator Bernie Sanders said: “This is a budget for the military industrial complex, for corporate CEOs, for Wall Street and for the billionaire class. We don’t need billions of dollars for a wall that no one wants. We need a budget that works for all Americans, not just Donald Trump and his billionaire friends at Mar-A-Lago.”