A Q&A with... Richard Billingham, photographer and director of Ray & Liz - a-n The Artists Information Company 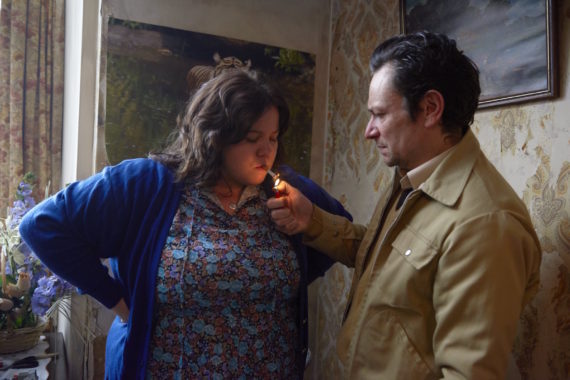 Richard Billingham, 48, came to art world prominence with his 1996 photo series Ray’s a Laugh, which was included the following year in the Royal Academy’s ‘Sensation’ exhibition. The series documented the life of his alcoholic father and his violent mother, who lived in a deprived area of Cradley Heath in the West Midlands.

Best known for these stark, but also affectionate and occasionally blackly humorous family portrayals, Billingham has also published the collections Black Country (2003),  Zoo (2007) and Landscapes, 2001-2003, as well as several short films, including Fish Tank (1998) the latter once again an intimate portrayal of his parents.

His first feature-length film, Ray & Liz, which he has written and directs, is a stark and beautifully-filmed memoir of his difficult childhood.

Billingham currently lives in Swansea and teaches photography and film at the University of Gloucestershire and Middlesex University. 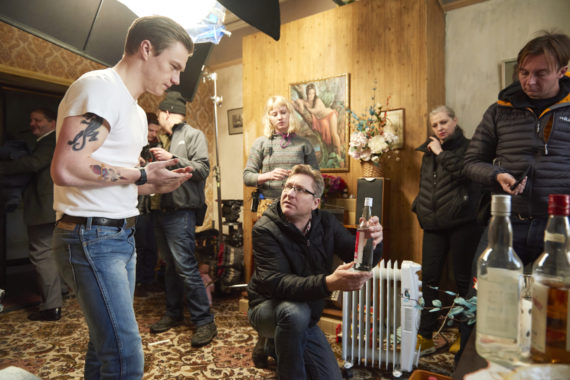 What made you decide to revisit the subject of your parents in your new film Ray & Liz, after concentrating on landscape photography for the last two decades?
Yes, it is that long. Since I’ve been 30 I’ve been making landscapes. But I’ve also made other bodies of work, especially about my children. I’ve got three kids now, of 4, 10 and 12. I guess I have a nice life now, and seeing them grow up made me think back to my own childhood and how different it was, and that’s partly inspired the making of the film. I wanted to show what that world was like – not just my world, it was like it for a lot of other kids as well. I wanted to show what it was like from lived experience. When I see other similar films on the telly, it doesn’t look like the director had actually lived like that.

Tell me about the structure of the film. In effect it’s in three parts: the story of the uncle who gets drunk, there’s your father, Ray, in the present, and there’s the story of your younger brother Jason, who goes missing for 3 days.
Originally, I didn’t have any intention of making a feature length film. For a long time I’ve been wanting to make a short gallery film about a period of my father’s life when he hid in his room and drank , which went on for about 18 months. And in my head it was a bit like a Beckett play. When I was a kid I also remember watching A Man Escaped by Robert Bresson. And nearly all of it’s shot in this one prison cell. I was fascinated by it, because even though it’s all shot in one small space it still managed to be gripping. 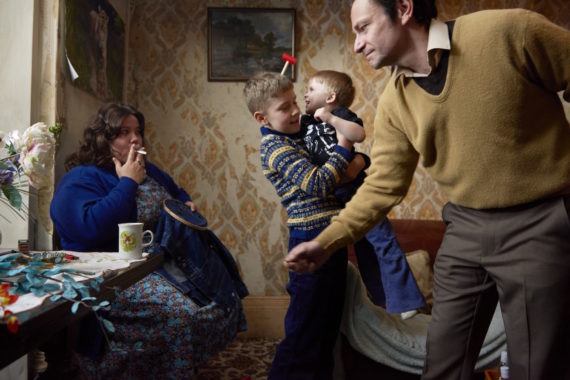 So, a few years ago me and a producer called Jacqui Davies got the money to make a film charting two to three days of my dad’s existence during that period. And it was just before we started shooting that I thought about that story of my uncle. My uncle was quite child-like. He saw things as if through the eyes of a child, and I wanted to explore that and that sense of innocence. So I wrote that story, and I thought, hang on, if I can write another one I’ll have a feature-length piece. So then I wrote this other one about Jason. That took a long time to write as it had to interconnect with the other two I’d already written.

Did you consult with you brother about his story, and about his missing three days?
Yes, I asked him a lot of detailed questions, especially just about the visual details, so I could build up a picture.

The film is billed as a memoir, but I’m struck by how little there is of you in it. When you came to write the script did it strike you that you were chiefly absent from the family you portray?
I had to put myself a little bit in the film for it to make sense, but I didn’t want it to be self-indulgent. I didn’t want people to say, “Look at him, making a thing all about himself. He thinks he’s important.” I’m in it anyway, because I made it. I don’t mean physically, but they’re mostly my memories, so I’m there anyway. 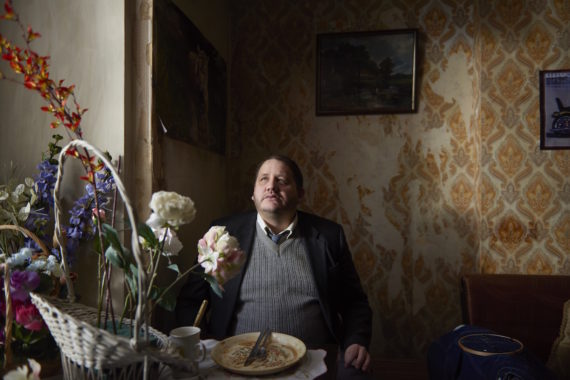 But also the film has to have some element of drama in it for people to watch it, like the story of Jason. I remember when I was little and living in that house, and being very happy. I was less happy when we moved to the tower block, which is when Jason goes missing, because it was on such a rough estate. We didn’t have a garden and all the corridors and lifts were covered in graffiti. There wasn’t a square inch that wasn’t sprayed on and most of it was racist and it looked very aggressive and intimidating and there was piss and shit in the corridors, spit on the walls, broken windows. Once you were inside the flat and you shut the door it wasn’t too bad. So I wasn’t happy.

I didn’t know until after I’d watched the film that you’d cast Dee Kelly (White Dee from the Channel 4 documentary series Benefits Street) in the role of the older Liz. It was your casting director who first suggested Dee. What was your reaction? Especially as she isn’t a professional actor.
It thought it was great. White Dee is like an open book. She has this sort of… there’s no pretence. She’s honest. I like that about her. And also, conceptually, you know the way White Dee became some sort of minor celebrity? I thought that was exactly the sort of thing that could have happened to my mother.

But that  did happen to your mother, in a way.
Well, yes, I suppose there’s some sort of parallel there, through my work. 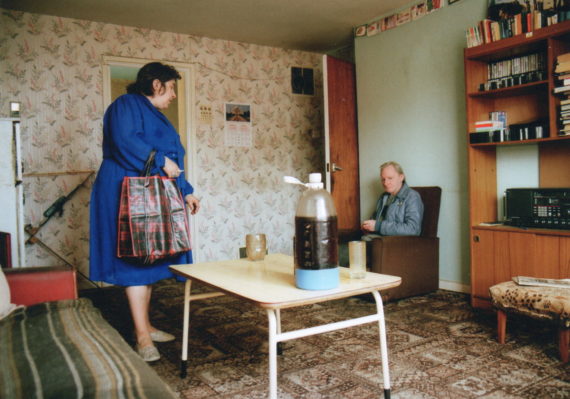 What was it like directing actors?
Great. I made sure I did a lot of rehearsals, so that when we’d come to shoot I’d get it right. And because we shot on film and because we had limited money we could only do a maximum of two takes. So I did a lot of rehearsals with the actors before the shoot and I spent a long time giving them background stories of the characters. They also listened to tape recordings [of Ray and Liz], which I’d kept, so they could get the same rhythms in the dialogue.

Your parents died a decade ago. What do you think they would have made of the film?
I think they’d have laughed at it. 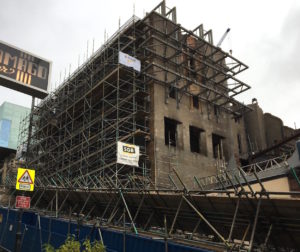