Plymouth Art Weekender 2016: "A call to arms for the provinces" - a-n The Artists Information Company 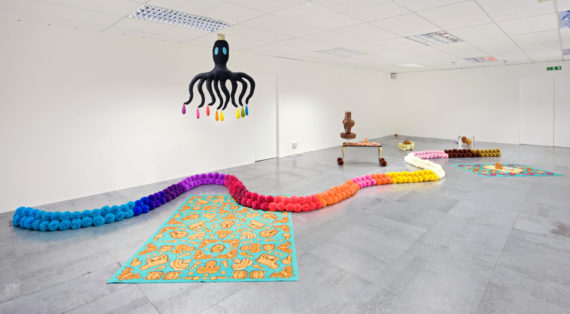 Plymouth Art Weekender returns for its second year from 23-25 September, celebrating the city’s visual arts scene with over 90 events and exhibitions at pop-up venues and established spaces.

Spread across the city, a festival shuttle bus will operate between a number of the venues, allowing free travel for audience members between 11am and 5pm each day.

The Plymouth Art Weekender map allows the visitor to make up their own route, whether it be a trajectory of open studios and fairs, artist-led spaces, public institutions, universities and colleges or the commercial galleries that operate nearby Plymouth Marina.

Elsewhere in the city centre, Radiant Gallery hosts ‘Dog Show‘, an exploration of man’s best friend, curated by ten-year old school children. The nearby Athenaeum hosts a number of performance and community events, from the Video Social Club moving image programme to Cafe Concrete, who have commissioned four sound artists to make new work in response to the Athenaeum’s space-age architecture. 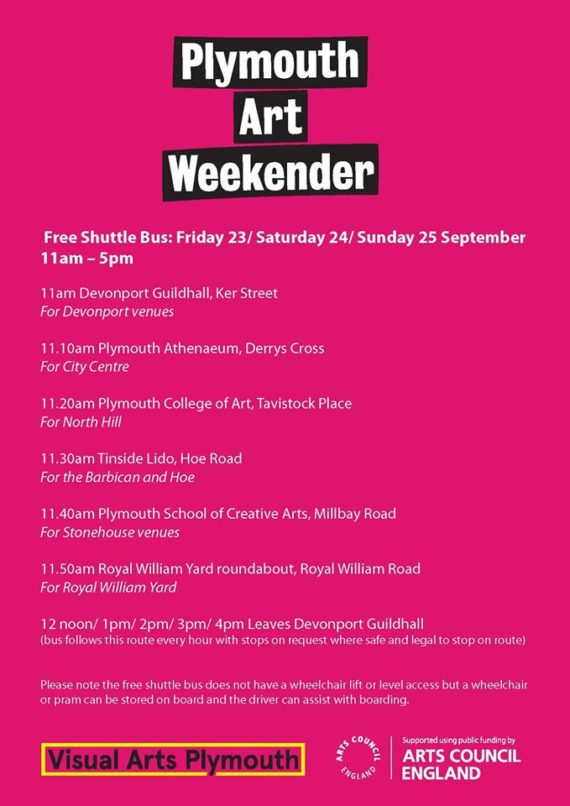 Further afield in the Royal William Yard development, Ocean Studios co-exists with a plethora of new restaurants and bars overlooking Plymouth Sound. It will be holding an open studios event and a solo show by the London-based artist Jock Mooney titled ‘Who Are You and What Do You Want?’. Mooney says of Plymouth Art Weekender: “I’d view it as an important reminder that capital cities don’t have a monopoly on culture.”

This view is echoed by artist in residence at Ocean Studios, Martyn Cross, who will spend the weekender inhabiting a disused studio space, within which he has created a makeshift cave. “The Weekender is a call to arms for the provinces,” he says. “Art happens in places other than London and this is a perfect example of how much there is to offer. We need more events like this.”

Plymouth Art Weekender is produced by Visual Arts Plymouth, a group of volunteers representing artists, communities and visual arts organisations in the city.

a-n member Maddy Hearn will be visiting the Plymouth Art Weekender on Saturday 24 September. Look out for posts from her visit on the a-n Instagram

Images:
1. Jock Mooney, ‘Who Are You and What Do You Want?’
2. Plymouth Art Weekender, bus timetable