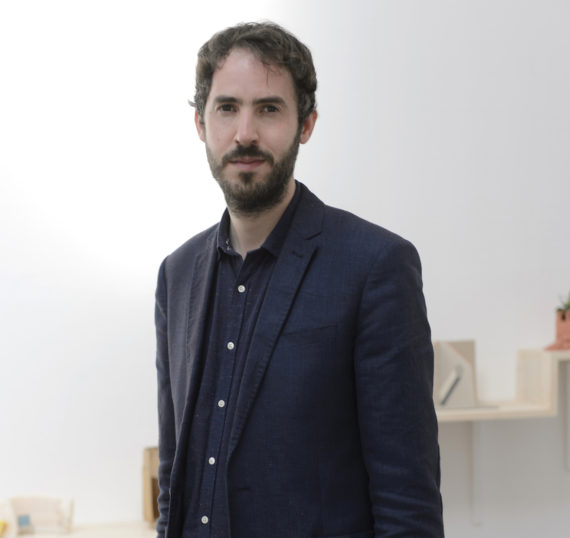 Richard Parry joined Glasgow International as its new director in May 2017, moving from Blackpool’s well regarded Grundy Gallery where he headed up a small team as the venue’s director/curator.

Parry is the festival’s fourth director since it was founded in 2005, initially as an annual event; since 2008 GI has taken place biennially. Building on the city’s vibrant, internationally-renowned contemporary art scene, the festival offers an intense adrenalin rush of visual art practice and an openness that sets it apart from other biennials.

On his approach to curating, Parry says: “I don’t like to go in with the answers – you want it to be a process of learning as a curator as well.” 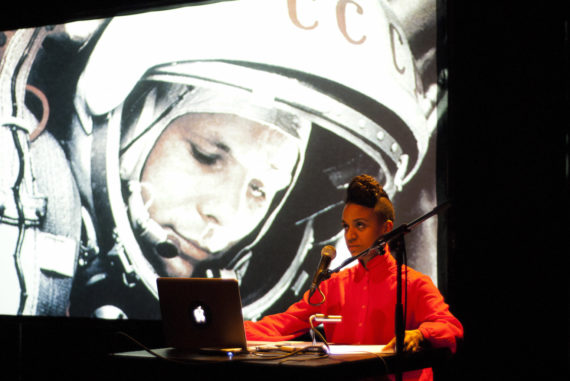 From a small municipal gallery in Blackpool to a high-profile international biennial festival seems like a big jump. How did Blackpool prepare you for Glasgow?
It’s important to say that before The Grundy I was working at Hayward Gallery, so it was quite a big move to go from there to Blackpool. That move gave me the space to develop a curatorial voice and also at the same time to run an organisation. So it was a big challenge but also very exciting. I’d expected it to change the way I worked but I hadn’t anticipated how much and how fundamentally; it changed the way I think about curating. Blackpool is the most deprived town in England and Wales and where the gallery is situated is in the poorest ward in the town. My office was right next the the entrance foyer so you heard everything that people were saying, how they were responding to the shows. So you get a much richer sense of who is visiting and what that conversation is with the artworks. When I was there I didn’t really travel internationally, maybe I went to Venice off my own bat. And so one of the highlights for me in the art calendar was GI – quite close, west coast, three hours drive. And your spirits would be totally revived, because you felt you were seeing work at the point of production; if you really wanted to see what was motivating artists at any given time it was a chance to do that.

So Glasgow, and Glasgow International specifically, was very present for you even before you became GI director?
Yes, and for me, part of that is because it’s not London; that it has this amazing mixed and nuanced ecology. One of the key things is that it sits that little bit more outside of the market. There’s a greater propensity for artists to make work on their own terms. There’s definitely an energy and a vibrancy that comes from that. And GI for me only really works because of this incredible model where essentially there’s this sense that it’s open and everyone contributes. 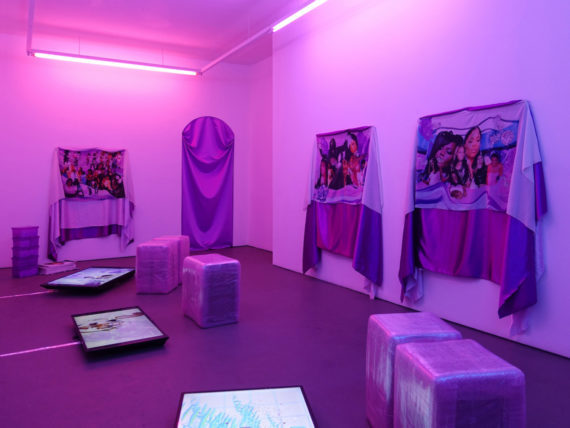 And that’s very much to do with the city and its art scene?
There’s a brilliant critical mass in Glasgow; it’s big enough but also small enough. Most people, if not directly involved in the festival, are somehow involved. So GI can give a picture of that art scene and be reflective of that scene and the city. And of course that format only works because of the amazing expertise and talent that is here and those amazing curators and artists who are getting on with stuff anyway. We’re pulling that together and giving a shape to that and creating a moment to experience it, I think, at its best. I’m very interested in that sense of how GI corresponds to the artistic rhythm of a place over that two years, providing a crescendo of sorts. I’m struck by how rich the scene is but also that things are changing and that people are working out what that is as we speak.

And a lot has changed in the world since the previous Glasgow International two years ago.
One of the big things that is so energising and exciting about this particular festival is that the world is such a completely different place to 2016 – pre-Brexit, pre-Trump. The other thing that seemed to be coming through in Glasgow is that you’ve had this enormously successful generation of artists in the city, from the generation of Douglas Gordon, Martin Boyce, etc, who’ve done incredible things, but now there’s a sense of a new generation of voices coming through. I think that’s something really fascinating.

What was the process of bringing this GI together?
The point at which I arrived [as director] last May, all of the proposals were already coming in so I very quickly got a sense of what’s being made, who’s doing what through that application process. I had a picture of the scene here in a really amazing way. Also, people want to talk to you, to get a sense of what you’re about, but also to tell you about the things they’d like to do in the festival. My approach was quite strongly to be as inclusive as possible and make a programme that lots of different people would feel comfortable with and welcome, whilst not losing its critical edge. One of the crucial things when selecting the open programme of the festival was to put together panels so that it wasn’t just me making the decisions. 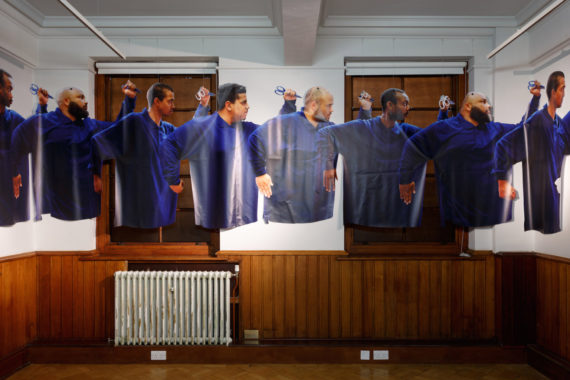 How do you see the Director’s Programme within the wider context of the festival?
In a way the Director’s Programme almost forms a core backbone for the rest of the festival to hang off. But what I didn’t do this time was have a theme, and I didn’t want to do that for a couple of reasons. Firstly I’d just arrived and I was still getting my head around this thing. But also it just didn’t feel right to suddenly ascribe to this amazing city of artists what I felt they should be making work about, to tether people to something, when what I feel right now is that it is really important to listen to artists and to have those voices come through.

Can you talk a little about the group show, ‘Cellular World: Cyborg-Human-Avatar-Horror’?
The core of the idea for that show was already there – I think I might have pitched it at the interview actually! Those ideas had been bubbling under for a while and there’s actually something that’s very intuitive about what you think will work in a certain place at a given moment. The idea felt resonant and relevant; I guess it was a means for me to tie together certain strands I’d been thinking about and to do it in a way that would resonate with the city and audiences. And I noticed for example that there was a Donna Haraway reading group in Glasgow and so there’s obviously an interest in that idea of the cyborg. Also, when I was in Blackpool I was aware of various sci-fi conventions, and this sense of how sci-fi might resonate in a certain place was of interest to me.

I was also thinking about social media and how we represent ourselves and how others represent us in the digital sphere, and the relationship between the state and companies that cross borders. There’s also this idea of social siloing and ‘us and them’ that you get a lot on social media – and this feeling that we’re on the cusp of either a utopia or dystopia depending on your viewpoint. It also just felt that reality is currently more weird and surreal than science fiction! The Lynn Hershman Leeson film, Seduction of a Cyborg is to a certain extent an historical anchor in the show; it’s also just a brilliant work that I think people should see.

Glasgow International 2018 runs from 20 April – 7 May in venues across Glasgow. glasgowinternational.org 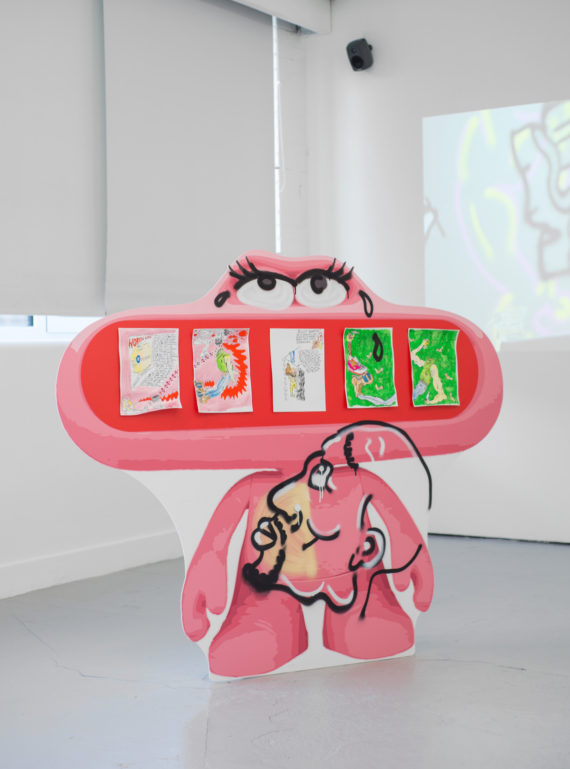