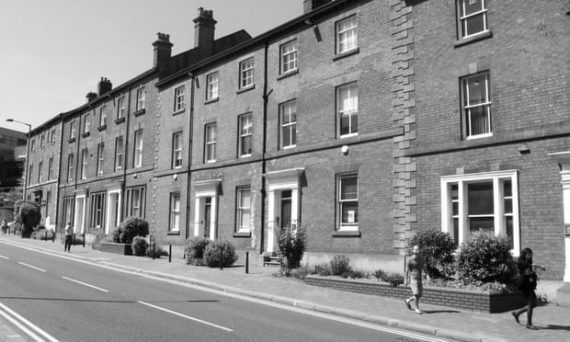 Sheffield-based arts complex Roco has closed with immediate effect due to a shortfall in income that left it in financial difficulties. A resolution for voluntary winding-up has been passed, with liquidators also appointed.

Founded in 2015 and based in a row of seven Grade II listed terraced houses near Sheffield University’s students’ union, the £1.2m site featured more than 40 studios, a café bar, a shop and a gallery.

At the time of its opening, the Guardian described it as “set to become a centre for Sheffield’s next wave of creative talent with art, business and nightlife all under one roof”.

However, it has been suggested that a recent closure of the site’s Brood café and bar played a part in the problems. It was flooded following Storm Bronagh in September. Its closure meant the community benefit company was unable to raise income from hosting events and meetings.

Michelle Kitchingman, who is an insolvency case manager for BHP Corporate Solutions, told Sheffield newspaper the Star: “We are aware of the flooding and it will have had an impact on them, because that source of income was just not available any more. They’d had a few delays with certain matters as well. Unfortunately it wasn’t viable to continue going based on the financial status of the company.”

In terms of the site’s studio holders, Kitchingman said that despite Roco’s closure, they would be allowed to stay for the time being. This is because the terraced houses’ leases ultimately belong to a landlord, the Sheffield Church Burgesses Trust.

She commented: “The lease has been disclaimed. It’s just between the landlord and the subtenants to agree anything going forward. They’ll be in discussions directly.”

The closure of Roco, which was part of the EU-backed European Creative Hubs Network, is particularly jarring, coming at a time when Sheffield’s culture sector appears to be thriving. Last month Site Gallery reopened following a £1.7m development which trebled its public areas and created a new 262m² gallery.

The artist-led gallery and studio organisation S1 Artspace is also undergoing a transformation. Currently in a temporary space at its new home on the brutalist Park Hill estate, it is in the midst of a five-year plan to create a new permanent studio and gallery complex at Park Hill.