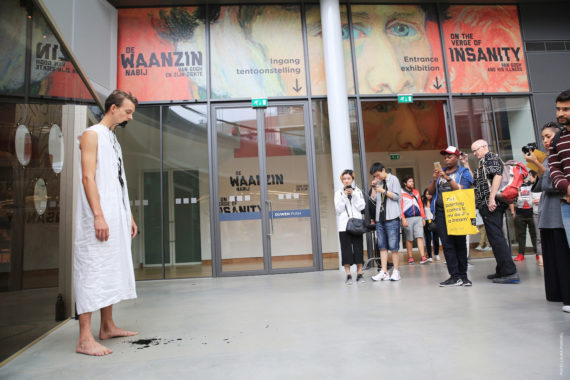 Amsterdam’s Van Gogh Museum has ended its sponsorship deal with the oil and gas company Shell, bringing to a close 18 years of collaboration between the art institution and the Dutch fossil fuel company.

The move follows growing calls for arts organisations to end their sponsorship deals with fossil fuel companies, with the Mauritshuis museum in the Hague also announcing it has ended its arrangement with Shell after deciding to not renew a six-year agreement which ended in July.

In a statement, a Shell Nederland spokeswoman told the Art Newspaper that its relationship with the two museums was ended by “mutual decisions”.

In the UK, a group of 40 leading scientists recently submitted a formal complaint to the Science Museum over its sponsorship agreements with oil giants BP, Shell and Statoil.

Other organisations that have faced criticism yet failed to act include the British Museum. In June of this year the campaign group BP or not BP? criticised the museum’s announcement that an upcoming exhibition featuring objects from modern-day Iraq would be sponsored by the oil company BP. It is yet to follow Tate’s example, with the organisation ending its relationship with BP two years ago.

In response to the Van Gogh Museum’s announcement, Fossil Free Culture NL, an activist group that had called for the Shell sponsorship to end, posted on Facebook: “We are thrilled to hear that this globally renowned cultural institution has chosen to distance themselves from the toxic influence of the fossil fuel industry. This bold and historic move by the museum follows a series of protest actions by artists and activists aimed at eroding the fossil fuel industry’s image and license to operate.”

In a follow up post, the group called for the Groninger Museum and Drents Museum to “stand in solidarity with their quake-affected communities and follow suit by severing their ties with toxic NAM, Shell and Exxon”.