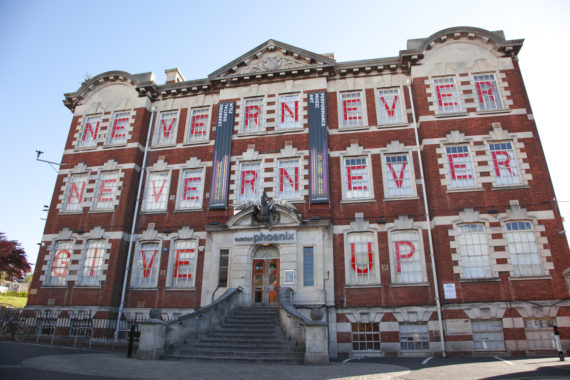 “To me, a coaching conversation is a dialogue with your best self,” says Gemma Kauffman, writing on her a-n blog.

Kaufman is one of four a-n members, along with Rachel Dobbs, Nicola Naismith and AIR Council‘s Steve Dutton, who received professional development support from a-n to train as a coach with Relational Dynamics 1st (RD1st) on its autumn 2016 coaching and leadership course. Their experiences gave a strong indication of the positive impact coaching can have on artists’ practice and the benefit within their extended networks.

The course took place over three months and involved a group of 15 people from a range of careers, most with some connection to the creative sector. Three intensive monthly sessions were held at The Dukes arts centre in Lancaster, with the group spending eight days together in total.

Led by coaches Deb Barnard and Rivca Rubin, the course is essentially coaching-skills for leadership, supporting participants to develop communication, negotiation and coaching techniques under the theoretical umbrella of relational dynamics.

Kauffman appreciates coaching for its non-judgmental, trainee-centred approach. She writes: “People can only believe in you to the extent they believe in themselves. With this in mind, as artists we can be incredibly vulnerable as we tentatively put forward a new idea, or a new strategy.” 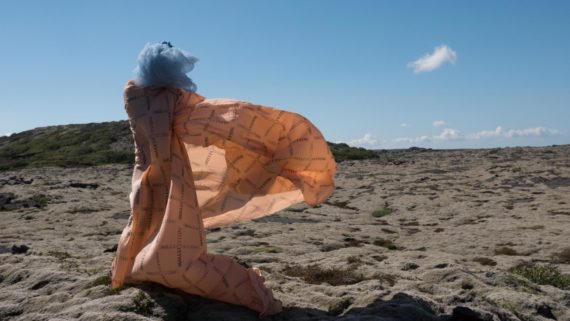 All four artists are keen to highlight the distinct value that spending time with a coach can offer – as opposed to mentoring, teaching or advice – in supporting clarity of thought and direction. In fact, a coach will rarely, if ever offer advice. This all comes from the person being coached, who through listening and questions is supported to find the answers for themselves.

Dutton, who has taught in academia for many years, was already interested in how his tutorials, which he describes as a form of mentoring, could involve less of him and more of the student. He has already begun to incorporate the tools and techniques from coaching into these, and a recent session as a guest lecturer gave him the opportunity to coach several final-year students.

“I deliberately took a coaching approach to each tutorial,” he says. “It was amazing in the sense that the students just got to where they wanted to get to really really quickly. And the main thing was them identifying where it was they wanted to go.”

The art of self coaching

Learning to be a coach involves a process of introspection, sharing and being coached, as much as it involves coaching others. To this end, the participants on the RD1st course were put into coaching pairs and continued to hold sessions with each other over the phone and by skype during the month-long intervals between each session.

“Personally, the experience of being coached has been incredibly valuable,” says Rachel Dobbs. “We’ve all been practising on each other, doing each other’s coaching. That’s allowed me to have space and time that I wouldn’t have otherwise had or wouldn’t have always had the opportunity to access.”

Since doing the course, Dobbs has found that self-coaching strategies are having a huge impact, allowing her to think more strategically about how she chooses to spend her time and consequently be more intentional about the opportunities she pursues, declines or accepts.

For Dobbs, the particular value that coaching offers artists is in providing the time and space away from your career, which can often be a juggling act with decisions being rushed or impulsive. (Although this, Dobbs qualifies, is also part of the attraction of being an artist in the first place.) Even so, she says “being able to take that facilitated step-back – it’s like an investment in what comes after.” 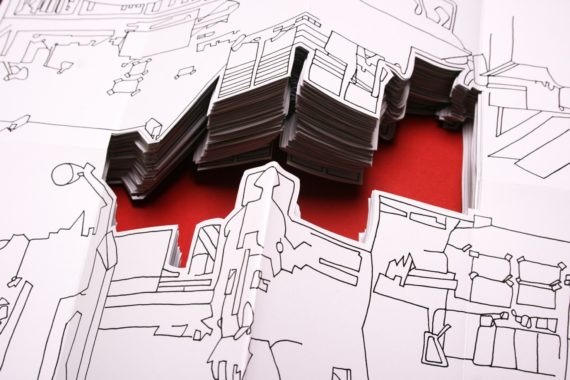 Naismith also sees the wider implications that coaching can have for the artistic profession and believes that coaching still has a significant contribution to make to artists’ professional development.

“It’s got such a massive potential for artists, because we don’t have clear career progression routes. There’s no model to follow like there may be in other industries. So that’s where the self-directed learning becomes so important. We have to drive our own careers forward.”

A coaching-style of leadership

RD1st director and coach Deb Barnard explains that many people do the course to develop their leadership skills. “I’m in the arts sector myself and many years ago I was a practising artist,” she says. “I’ve always felt that none of the administrators, none of the chief executives would have those jobs if it wasn’t for artists. And yet I’ve never quite seen artists being championed as leaders themselves in the sector.”

Barnard worked as a theatre practitioner and producer for many years before making the transition to coaching and founding RD1st, where she designs and devises learning journeys.

For her, a coaching-style of leadership is about breaking down the more traditional, often hierarchical models of leadership and introducing coaching cultures within professions. “This is about a leader who puts more energy into working with others so that they begin to discover the answers,” says Barnard.

“For me, [artists] are the first port of call for leadership in the sector, because they are at the coalface, delivering it. The artist’s voice is quite critical, and yet it’s often the quietest voice.”

Steve Dutton has found that there are “certain kinds of sensibilities” that an artist can bring to coaching. “I had a fantastically profound experience with one of the artists who coached me,” he says, describing one of the spatial exercises where he had to visualise and walk towards his goal. “That kind of approach, which is much more about imagining things in space, worked really well for the artists.”

Following the success of this pilot, a-n is working with RD1st to run a dedicated coaching accreditation programme aimed primarily at artists. a-n is offering 12 fully-funded places on the programme, plus travel, childcare and accommodation bursary of up to £400, for a-n members.

“I found one of the things that was particularly interesting, but also slightly disconcerting, was that I was the only bloke [on the course],” says Dutton. “I think that’s an indication that men are not necessarily putting themselves forward and definitely they should. I would hope that for the a-n course there will be just as much interest from male artists as from women.” 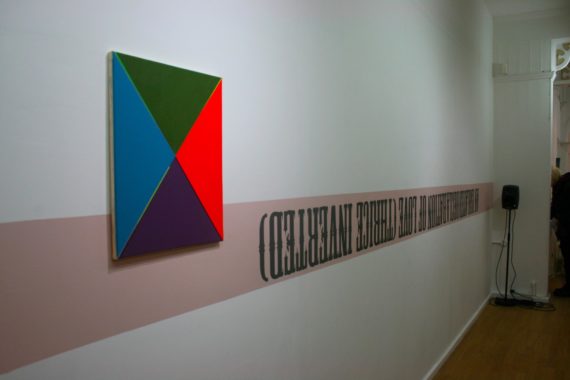 The course has already had an important impact on Dutton’s own work, prompting him to go into an interview for a new job that he wanted with a clear idea of what he did and didn’t want and where his strengths lay. “The coaching effectively enabled me to be absolutely clear about who I was, what I was bringing to the place and what my strengths were and what my weaknesses were,” he says.

Naismith describes coaching as being as much about understanding one’s own core values as it is about career development. “Coaching – I’m hooked,” she says.  “There’s lots of things about it that I’m really attracted to. I can see going forward that this is going to become part of my portfolio career. It holistically fits with the rest of my art practice.”

The intensity of the course has also allowed strong bonds to form within the peer group. “Some of us are keeping in touch via group emails, sharing resources with one another, planning a residential meet up or joining in with the book group,” says Naismith.

“The learning is still extending, which for me is the sign of a really good course. I feel like it’s not the end, but the beginning.”

Application is open exclusively to a-n Members – see the Join section of a-n.co.uk for full details of all membership benefits. 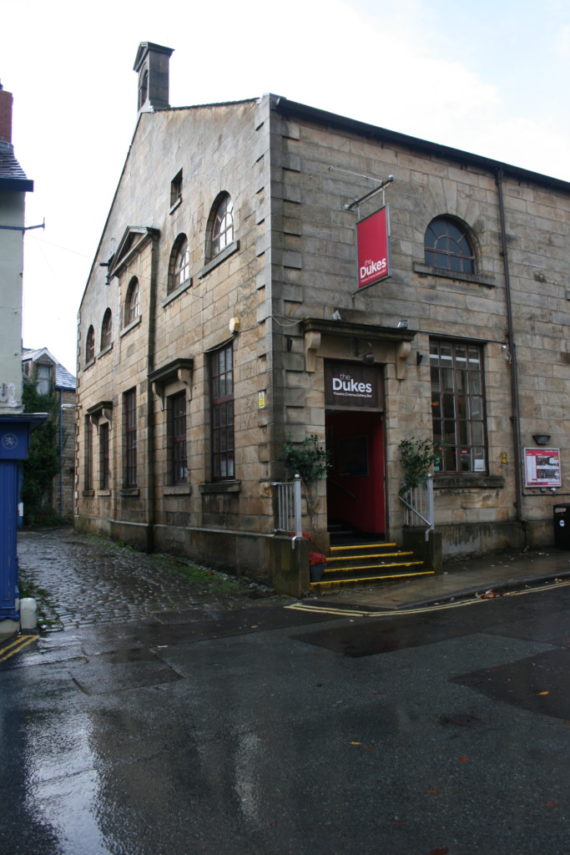