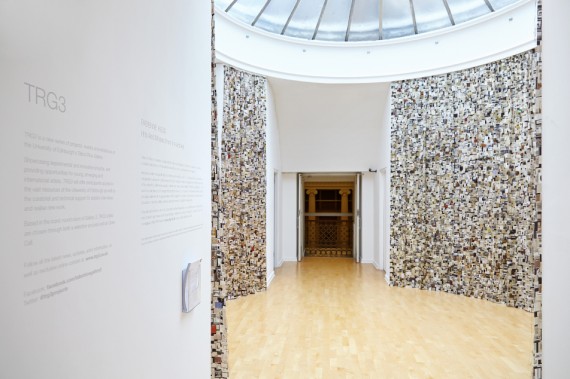 “It’s a different way of working for us and we’re trying to be as transparent as possible.” Stuart Fallon, curator at Talbot Rice Gallery, is discussing TRG3, a new annual series of up to to five two-month projects focusing on young, emerging and international artists.

Taking place in conjunction with the Edinburgh gallery’s main exhibition programme, it aims to showcase what it describes as ‘experimental and innovative’ projects.

“We want audiences to be able to follow the TRG3 artists as they go on to further projects,” says Fallon. “It’s not just a drop in, drop out experience – it provides an opportunity for everyone to become more invested in their work.”

So far, TRG3 has shown the work of two artists, Steven Anderson and Fabienne Hess. Both have used the opportunity to work with the university’s collection.

Earlier this year, Glasgow-based Anderson used TRG3 as a residency for his project A Fortunate Space, responding to allegorical works by Francisco Goya that were referenced by French dramatist Antonin Artuad. The result was a series of workshops and performances that explored animism and the psychophysical.

Work by London-based artist Hess, on display at the gallery until October, delves deep into the institution’s digital archive. With support from the university’s art collections curator Neil Lebeter, Hess was given access to 25,000 digitized images of artworks. From this, she has fabricated a large, digitally printed silk fabric which features images of all the works and currently hangs in Talbot Rice’s Round Gallery as part of her solo exhibition, Hits and Misses (from the archive).

“Being asked to take part in TRG3 was an invitation for critical conversation and for doing something challenging,” explains Hess. “The project could take on any form and from all sides I was met with support, encouragement and openness.” 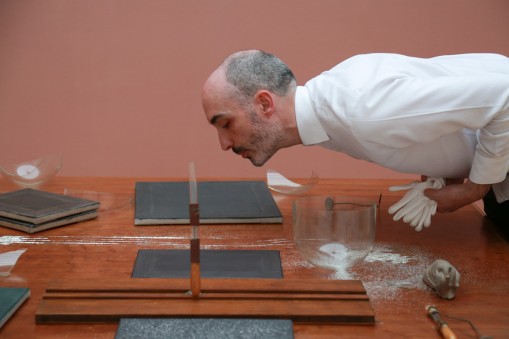 Hess’ show also features two screens showing the most clicked-on images from the archive alongside those that have failed to attract any interest.

Elements of the work also exist online, where Hess has categorised up to 1000 images into sub-collections, identifying formal characteristics such as red dots, triangles and the presence of zebras. The TRG3 website acts as an ongoing platform for the continuation of this collection, and once uploaded in full it will amount to 10-metres of scrolling.

“It will overwhelm the viewer,” says Hess, “much like how I felt when working with the enormity of the collection. I’m not yet sure if it’s successful but, in the spirit of TRG3, it’s all very much work in progress.” 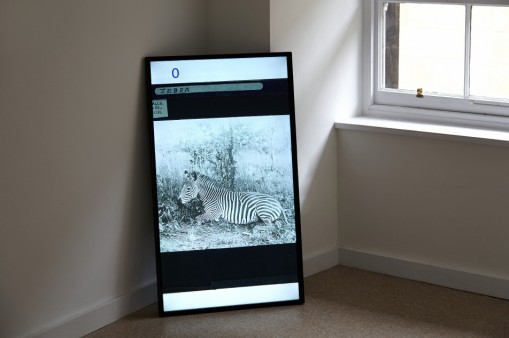 With digital space, as well as the university grounds, being used to explore the further possibilities of a project, TRG3 hopes to inspire experimentation and participation – something it will encourage further through an open call for artists’ projects for the 2016 programme.

The open call, Fallon explains, “will create a sense of opportunity as well as possibility”. It represents the continuation of an increasingly open approach to artists and  audiences that the gallery has been developing in recent years.

“We want the process to be as egalitarian as possible,” adds Fallon. “The key is for us to diversify the pool of people we are drawing upon, to extend our knowledge of who’s around and what they’re doing. It’s about testing the pulse.”

Another way the gallery is checking this pulse is by maintaining conversations with Edinburgh College of Art (ECA), through a commitment to working with recent graduates from undergraduate courses. 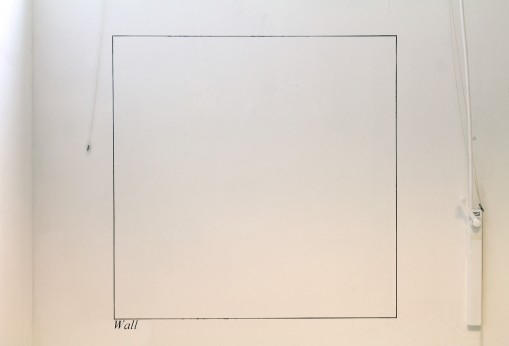 The first to be benefit from this is Dave Haslam, whose practice focuses on our direct experience of place and architecture, as well as secondary experiences recorded in material such as photographs and maps. During his project in October and November, Haslam plans to respond to the two rooms that sit either side of the Round Gallery.

“It’s an opportunity to try out new work for a new audience,” he explains. “I plan to look at the two rooms as a starting point; how they could be used together, and their place in the wider context of the gallery.”

Haslam predicts TRG3 will act as a springboard to further residencies and exhibitions. He also sees it becoming an increasingly sought-after opportunity for final-year students.

“TRG3 already has the same stature as many other graduate opportunities and I’m sure more ECA students will become aware of it year-on-year,” he says. “I thought I would want a break after college, but this really is refreshing and it’s thrown me straight into developing more work.”

TRG3 will launch its open call in September 2015. Already selected for the project in 2016 are artists Jess Johnson and Michael Vienne. Fabienne Hess’ Hits and Misses (from the archive), is on display until 3 October. www.trg3.co.uk