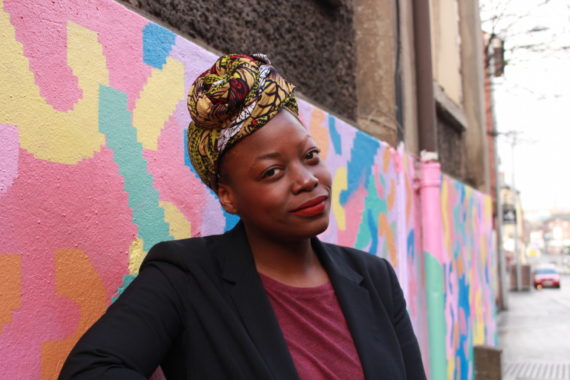 The Anti Gallery marks its first full year of activity this month, and Saziso Phiri’s wide-ranging curatorial project and Nottingham-based pop-up exhibition space is putting on a party at Rough Trade to celebrate. Early this month, the city centre record store and venue hosted an Anti Gallery screening of Girl Power, a documentary film made over a period of seven years by the Czech graffiti writer Sany, exploring the contributions of women and girls to the street art scenes of 15 cities around the globe.

As these activities suggest, The Anti Gallery‘s approach is shaped by Phiri’s love of art that operates outside the gallery system. “Although we’re called The Anti Gallery, I’ve never meant it to mean we’re against galleries in general,” Phiri points out. “I first hit on the name when I was cycling home in the rain and there had been a lot of press about a modelling agency called The Anti-Agency which supported musicians, writers – people who had charisma but weren’t the conventional model types other agencies represented.

“It was clear to me that those were exactly the kinds of artists I wanted to work with – people who had talent and were passionate, but weren’t always from the kinds of background usually found in the art world.” Projects so far have included an exhibition and street mural commission by artist Isaac Waring-Thomas and working with the NuArt Festival in Stavanger, Norway. 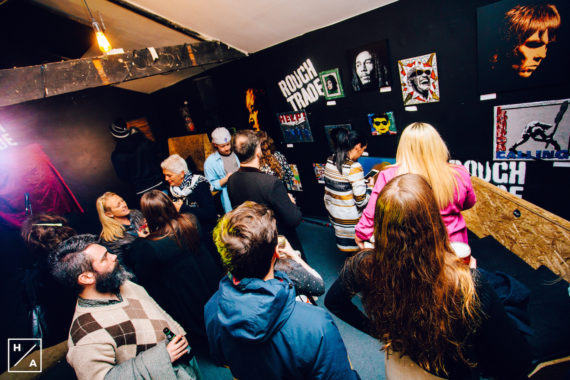 Phiri’s long-standing interest in street art and graffiti culture continues to shape The Anti Gallery’s attitude and approach. “I always liked the idea in graffiti that the art is out in the streets for people to see, whether they are the kind of people who go to galleries or can afford to buy art or not,” she explains.

“One of the things I love about early ‘Wild Style’ graffiti lettering from the 1970s and 1980s is the way it was a kind of accidental art form. It came out of a situation where marginalised people set out to put their mark on the places where they lived. The artists didn’t start by going to art school, or think in terms of careers and making money… and that gave their work a really powerful energy.”

After studying Politics at Loughborough University – “making a switch from the arts subjects, the film-making and photography I’d been studying at college, mostly because I thought something academic would be more likely to get me a job,” she admits – Phiri found herself facing a struggle to return to the creative sector while employed in a “very corporate” role for four years after her graduation.

“I knew my experience in the arts was limited at that point but whenever I looked into applying for internships there were barriers: you had to be a recent graduate, you had to be a certain age… the criteria were always so restrictive and that became a huge source of frustration. Creative Futures, a scheme New Art Exchange ran, eventually took me on and started to open a few of those doors for me. I didn’t know precisely what I wanted to do, but by then I was sure it would be something to support artists.”

Phiri used her Instagram account as a platform that documented the work she saw on her various travels, and began to generate her own networks on the scene. She also volunteered at New Art Exchange and Backlit Gallery, “mainly to get a better sense of how those places worked, to find out how exhibitions were put together. That was obviously useful when I finally decided I had the confidence to set up The Anti Gallery, quit my job, and jumped right into this thing with a back-up plan that mainly involved taking agency work if I needed to keep myself going.” 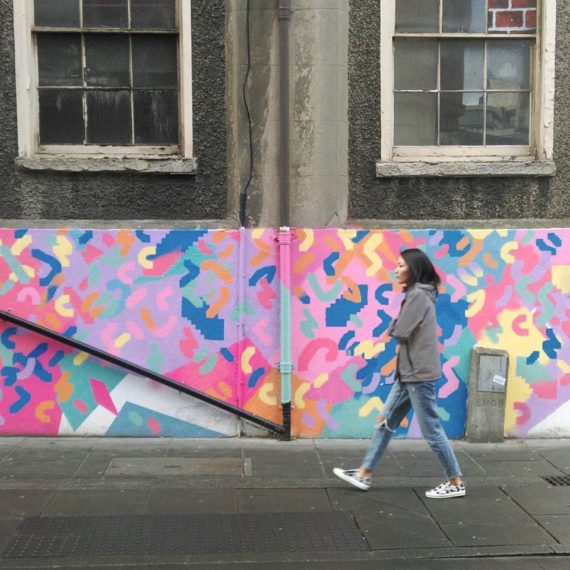 Phiri’s own relatively unconventional path to her present role has clearly driven her interest in creating routes through the art world for those usually excluded, and on 16 February she takes part in a panel discussion in Birmingham, Race and Representation: Beyond the Box Ticking, organised by Threshold Studios.

Her interest in alternative pathways is also one motivation behind A Collective Voice, a series of workshops The Anti Gallery is running in collaboration with creative producer Cindy Sissokho. The free events accompany Nottingham Contemporary’s latest exhibition, ‘The Place Is Here’, a major survey featuring work by artists, activists and film-makers involved in the British Black Arts Movement during the 1980s.

Phiri is excited by the possibilities the exhibition’s retelling of that earlier generation’s story offers: “Cindy and I have developed a course that will give people a space to make work reflecting on both the ideas in this show and their own experiences of marginalisation – whether those are to do with race, gender, sexuality, disability, mental health or economics. We want to demystify some of the processes behind the scenes of galleries, too, so participants will create their own exhibition at the end of it.”

Despite this collaboration with Nottingham Contemporary, Phiri is clear that this shouldn’t be taken to indicate that The Anti Gallery is neglecting its original mission to work in unconventional spaces. She is currently planning an exhibition built around female skateboarding culture, set to be staged at a local skate-park, and she continues to imagine new ways of working outside the white cube.

“On a personal level, I love galleries – but they can still often feel like very white, middle-class spaces, and there are still too many people who don’t visit them for one reason or another.

“I think that if art is going to welcome these new audiences and realize its full potential we do need to work outside that box,” she adds. “Not just metaphorically, but in the very literal sense of physically taking the artworks outside those spaces.”