The Royal Standard at 10: "The artist-led cause is demanding, risky and the ride is never easy" - a-n The Artists Information Company 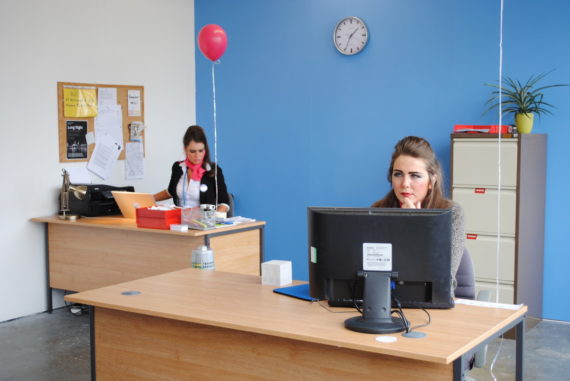 Ten years ago this month a particular set of circumstances in Liverpool led to the beginning of something quite extraordinary. Amid increasing institutional activity – making it harder and harder for the city’s emerging and mid-career artists to seek the right kind of support – and intensive city-wide redevelopment in the run up to Liverpool’s status as the 2008 European Capital of Culture, on 6 July 2006 The Royal Standard opened its doors to the public for the very first time.

Initially housed in a diminutive former pub, its name came not from the drinking establishment in Toxteth it originally inhabited (as is commonly misconceived) but from a chance encounter on the street whilst moving in, the purpose of the move itself misunderstood (the pub was not reopening) and the former pub’s name wrongly identified. In the process ‘TRS’ (as it’s often affectionately abbreviated) was born.

A decade on, The Royal Standard is now one of the UK’s largest independent artist-led initiatives having relocated to a business park in the north of the city in 2008, before expanding significantly within the same site in 2013. Its maze-like complex currently houses multiple project spaces (such as CACTUS and MUESLI), themselves independent of TRS and sat within a network of around 45 artist studios and multiple exhibition spaces. 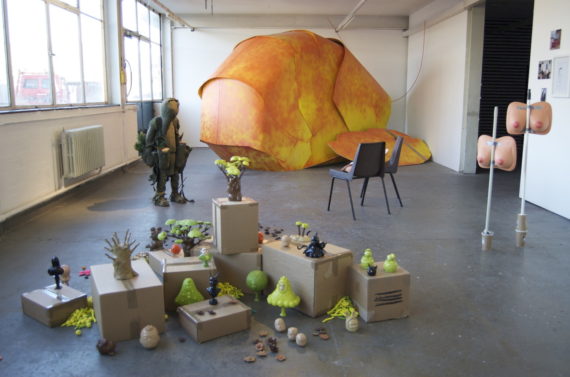 Nobody in those early days at ‘the pub’ (with its 12 or so tiny studios) could have predicted the vital role the organisation would play in supporting well over 100 artists that have taken on work space at TRS. And while many have come and gone over the decade, what remains is a strong sense of community, bound together by a dedicated yet evolving organising committee.

This simple directorial structure, which sees the baton effectively passed every few years, is borrowed from a family of organisations UK-wide – including Transmission in Glasgow and OUTPOST in Norwich – allowing changing teams of artists and creative practitioners to regularly work together, supporting other artists to produce, discuss and present their work while in the process also pushing forward their own professional development as well the organisation’s.

It’s a complicated affair and to date 32 directors – myself included – have stood at TRS’s helm, facilitating everything from exhibition logistics, building maintenance and website design, to finance, funding, floor plans, press and PR. This curation by committee can be difficult, particularly while juggling the process in a voluntary capacity. But a shared desire to generate and stimulate a critical mass of ideas while working together to make ambitious things happen, is what still grounds The Royal Standard firmly in Liverpool today. 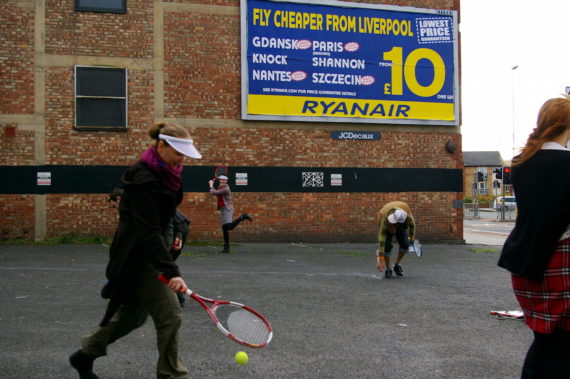 There have been countless talks, tours, residencies and a myriad of toilet-based overspills, including impromptu gigs and timed pee breaks, as well as glistening jewel-like sculptures (James McLardy’s ‘White Teeth at the Planetarium’); burning boyband effigies (from Australian artist-in-residence Eric Bridgeman); vertical jacuzzis (Joey Holder’s ‘HYDROZOAN’) and an art crawl 18-30 parody via a sign-up, office-style ‘Agency’ by Catrin Jeans (phew!). All welcomed into the world in 2006 with a sweet and simple ‘HELLO’ from the rooftops, courtesy of a flag by David Shrigley. 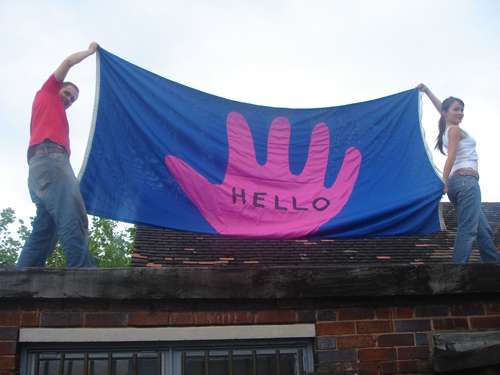 How then do you mark the diverse achievements of such an anniversary? Or at least reflect on what it all might mean in retrospect? A retrospective exhibition of course, and this summer ‘Gettin’ the Heart Ready’ – aptly titled by former director Jemma Egan as an artwork in itself – takes place throughout multiple parts of the well trodden TRS complex.

Featuring a 23-strong cohort of previous exhibitors and collaborators – longstanding friends of the organisation nominated by each and every previous director for inclusion – it’s important to think of it as more than just an exercise in nostalgia. Instead, it is an attempt to jog our memory of the parts from the past that, in the present, equate to something much greater than the sum of such parts.

Crucially never intended as an exhibition space for those who found themselves working within it, TRS has always reached out and welcomed exchange with open arms (see the #trsontour hashtag) an approach that has regularly brought (and continues to bring) those from outside of the city to meet with those practicing within. 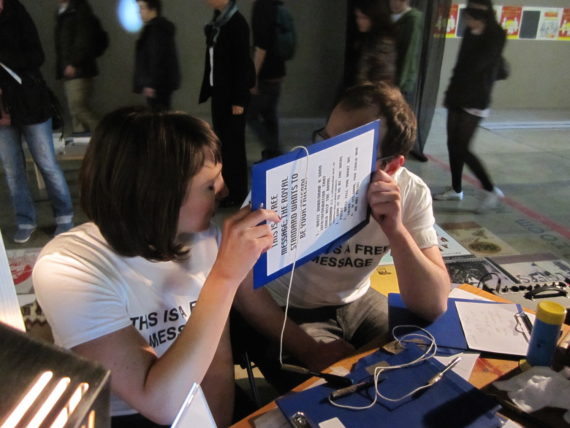 By stimulating endless situations for artists to talk, bounce ideas around and simply see what each other do, the process has induced again and again the chemistry needed for new organisations to manifest, and for fresh peer groups to establish. This is The Royal Standard’s strongest legacy, and numerous projects, pop-ups, publications and partnerships have formed and reformed in the process (The Double Negative, Drawing Paper, Queen of the Track, MODEL, CBS, CAVE, Tžužjj and The Mighty Oak, to name a few).

So what happens next? Referencing the title of Newcastle-based Graeme Durant and Andrew Maughan’s jovial two-person exhibition, ‘I Can’t Follow You If You Don’t Move’, and considering the organisation’s innate ability to adapt and change, plans are afoot for an exciting new chapter to unfold. Reflecting this sentiment of keeping pace and not standing still, and as looming city-wide development threatens again, The Royal Standard is to relocate once more.

Expanding and morphing later this year in a move back south of the city centre (a stone’s throw from its original L8 home), TRS will partner with creative property managers Baltic Creative, co-occupying a huge chunk of the defunct brewing site formerly home to Cains, currently in use by Liverpool Biennial. 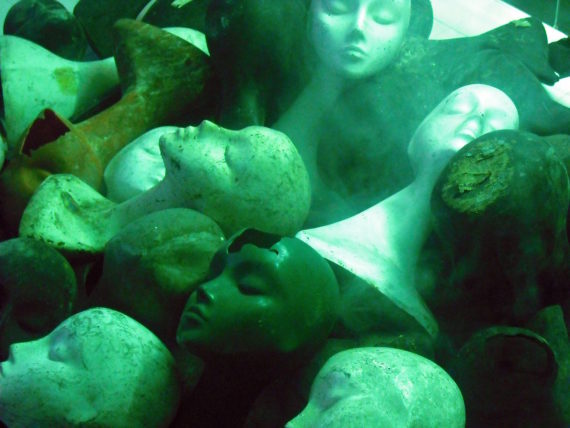 As Liverpool’s artistic infrastructure (in an economically unstable climate) continues to rapidly change, this new and adventurous phase in the TRS timeline is arguably vitally needed. By increasing studio provision in the city and improving the facilities those studios can offer (heated spaces anybody?), while extending its friendship circle in the process (the Cains site is also earmarked as the future home for multiple creative organisations), the prospect of the move is an exciting one – but it doesn’t come without challenges.

Sharing our birthday year with artist-led friends in Stoke-on-Trent (Airspace is also 10 this year) and Dundee (Happy 20th Birthday GENERATORprojects!), those dedicated to the artist-led cause know only too well the madness that ensues while managing such ventures. It’s demanding, it’s risky and the ride is never easy but The Royal Standard has come a long way in ten years – time now to get our hearts ready for the decades to come.

‘Gettin’ the Heart Ready’ runs from 29 July – 11 September 2016 (open weekends 12–5pm and by appointment throughout the week). the-royal-standard.com