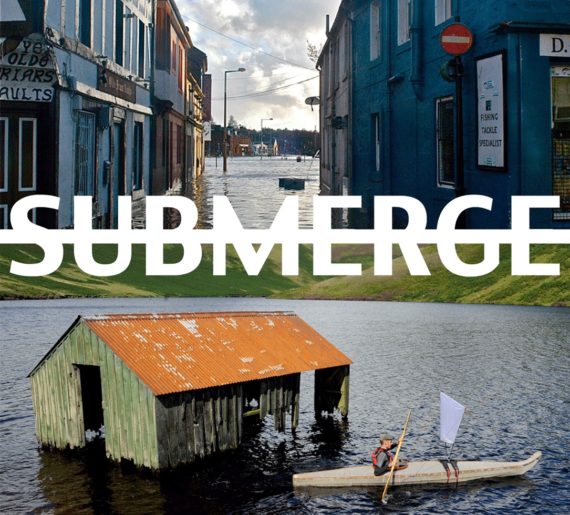 An artist-led collective in Dumfries, Scotland has won a major Scottish regeneration award for its work in the town.

The Stove Network was the winner in the Creative Scotland supported ‘creative regeneration’ category of the 2016 SURF Awards for Best Practice in Community Regeneration, awarded during an event earlier this week at Glasgow’s Grand Central Hotel.

Stove’s Matt Baker explained that the award was hugely significant for the organisation. “A major part of The Stove as an art project is to infiltrate the processes of creative practice into the decision-making structures of our community.

“An award like this helps people from other walks of life to have the confidence to work with artists and accept that they have a contribution to make at many levels of our society.”

The Stove Network is the community development trust for Dumfries town centre. Baker believes this is “of real significance for the way artist practice is interacting with local democracy and the move towards grassroots control of communities and places.

“We function a bit like a traditional mutual benefit society for our town using creative practice as a means for people to get engaged with local issues and decision-making – this is reinforced by a commitment to creating opportunities in the town. The Stove now offers regular contracts for work to 22 people, 17 of whom are under 27.”

The SURF Awards are delivered annually in partnership with the Scottish government and are intended to celebrate ‘the achievements of initiatives that address physical, social and economic challenges in communities across Scotland.’

The awards have four thematic categories, the others being ‘community led regeneration’, ‘Scotland’s most improved town’, and ‘youth employability’. The shortlisted projects in the ‘creative regeneration category’ also included Hippodrome Festival of Silent Cinema and Platform’s Made in Easterhouse.

Asked what’s next for The Stove Network, Baker said: “We are leading a community partnership project that will offer community shares for people in Dumfries to buy back under-used buildings in our High Street.

“This project grew from a documentary film we commissioned from a local film-maker which started a movement in the town to find ways to repopulate our town centre, as a means of bringing back vibrancy and reimaginng Dumfries as a post-retail market town.”