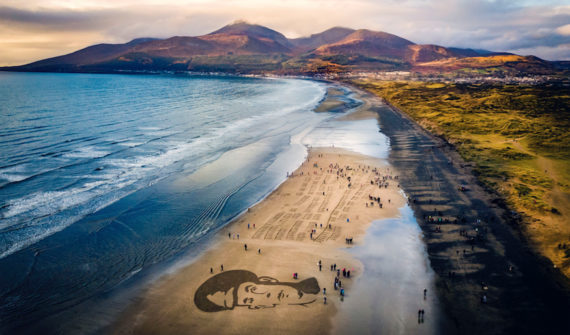 Thousands gather on the UK’s beaches for Danny Boyle’s Armistice Day commission On 11 November, people gathered on 32 beaches around the UK for Pages of the Sea, a nationwide gesture of remembrance for the men and women who left home shores during the first world war. It marked the culmination of 14-18 NOW, the UK’s arts programme for the first world war centenary.

For the event, large-scale portraits of casualties from the war were designed by sand artists Sand In Your Eye. These were drawn in the sand on each beach and washed away as the tide came in. While these were selected by Boyle, the public were also asked to join in by creating their own silhouettes of people in the sand.

Cards were distributed on the beaches featuring over 14,000 images of casualties from the first world war drawn from records held on the Pages of the Sea website.

The images were also sourced from the Imperial War Museums’ Lives of the First World War site, which tells 8 million stories of those who served from Britain and the Commonwealth. The public can also add their own portraits of members of their family or community who contributed to the first world war.

In addition, poet Carol Ann Duffy was invited to write a poem to mark the centenary of Armistice Day. The poem, ‘The Wound in Time’, was read by individuals, families and communities as they gathered on the beaches.

The #metoo movement, meanwhile, takes the number three spot, with Art Review explaining: ‘Many of the year’s most dramatic shifts in power within the artworld can be traced to a popular protest against its abuse.’ Citing the artworld’s own We Are Not Surprised campaign, it adds that #metoo ‘changed the prevailing climate in which curators are appointed, prizes awarded and exhibitions framed’. 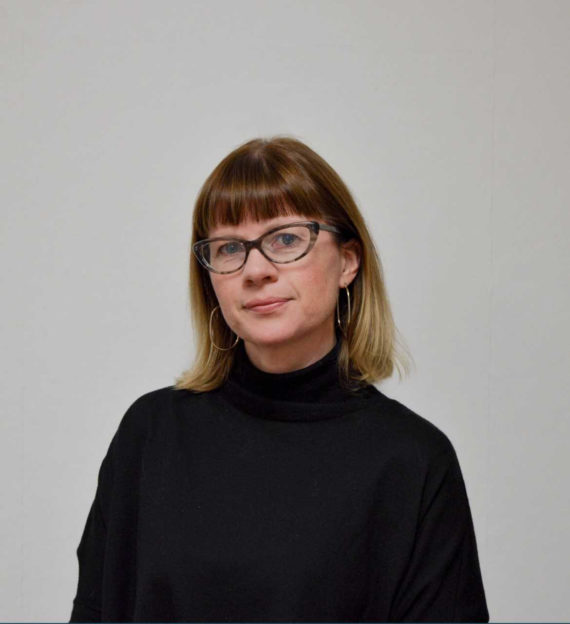 Susie Stubbs appointed chair of the Castlefield Gallery Board of Trustees A brand and communications strategist, Stubbs has spent 20 years working across a variety of sectors, including finance, retail, culture, property and higher education. Her experience of the visual arts sector includes having worked at Tate Liverpool and with and for organisations including FACT, Whitworth, Manchester Art Gallery and The Lowry.

Stubbs also established the Pilkington Club, a women’s networking club designed to foster career support for women at all stages of their professional lives, and she is a trustee at the Turnpike, Leigh and Manchester Camerata. She replaces Marla Cunningham, who is stepping down after six years in the role.

Paris court finds Jeff Koons guilty of copyright infringement The American artist has been found guilty of plagiarising a 1985 ad campaign, Fait d’hiver, by the French clothing label Naf Naf. Koons’ statue was produced three years later and has the same name and similar features, such as a pig next to a woman lying in the snow.

The Prada Foundation bought Koons’ work for over $4m in 2007, after which it was shown at the 2011 Venice Biennale and reproduced in an exhibition catalogue for a 2014 retrospective at the Centre Pompidou in Paris.

The court ordered Koons, his company, Jeff Koons LLC, the Centre Pompidou, and a book publisher to pay the ad director $170,000 for copyright infringement.

Comic writer Stan Lee dies aged 95 The co-creator of some of the best known comic characters including Iron Man, the Fantastic Four, Spider-Man, Daredevil and the X-Men, passed away at Cedars-Sinai Medical Centre after an ambulance was called to his Hollywood Hills house on Monday.

Lee, along with artists such as Jack Kirby and Steve Ditko, helped revitalise the comics industry with his creations, with a number of his characters being the focus of the successful Marvel cinematic universe series of films.