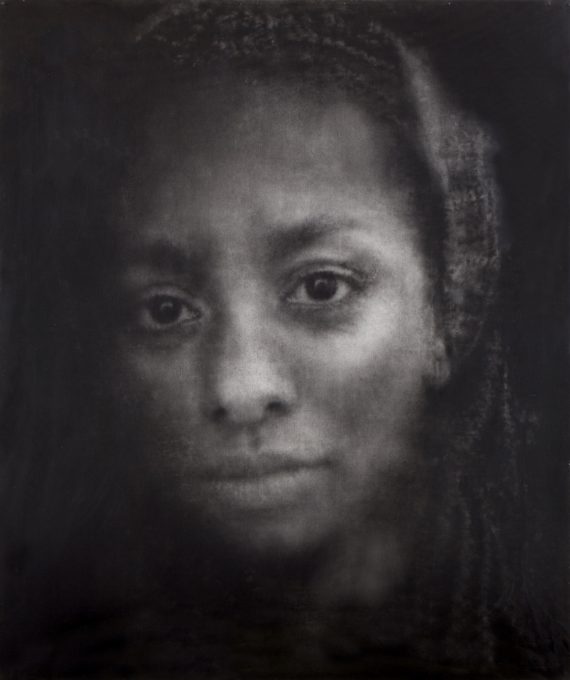 The Trinity Buoy Drawing Prize 2018, which from 2001-2017 was known as the Jerwood Drawing Prize, has been awarded to London-based artist Caroline Burraway for her charcoal drawing, Eden, The Jungle Calais 2016 (2017). The somberly compelling portrait depicts a young refugee from the infamous migrant camp that was razed by French police in 2016.

The London-based artist, who wins £8,000, said Eden “was sharing a small tent with lots of other girls – she was incredibly enigmatic”. Describing the conditions in the camp, she said “there were no facilities at all, not even toilets or running water”.

She added that drawing felt like the right medium to convey Eden and her situation: “Unlike film, which is very immediate and has a quick uptake, a drawing offers the viewer time and space – I hope they begin to see their own humanity and history in the face of the subject.” 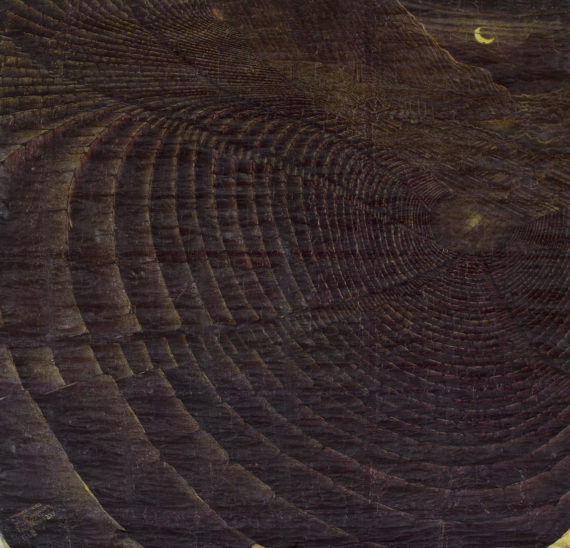 Three other prize winners were chosen at an awards ceremony last night, selected from the 69 drawings by 67 artists featured in this year’s exhibition.

A Second Prize of £5,000 went to Gary Lawrence for his drawing, Moonlit Delphi c/o Samuel Palmer (2018). The large-scale work, made with Biro, felt pen and poster paint on paper, is a night-time depiction of the ancient amphitheatre at Delpi in Greece. It stems from a smaller drawing of the same subject and is influenced by Samuel Palmer‘s engravings of moonlit landscapes.

Lawrence has won the Drawing Prize twice before, in 2017 for Yellow Kalymnos and Fridge Magnets and in 2011 for Homage to Anonymous. 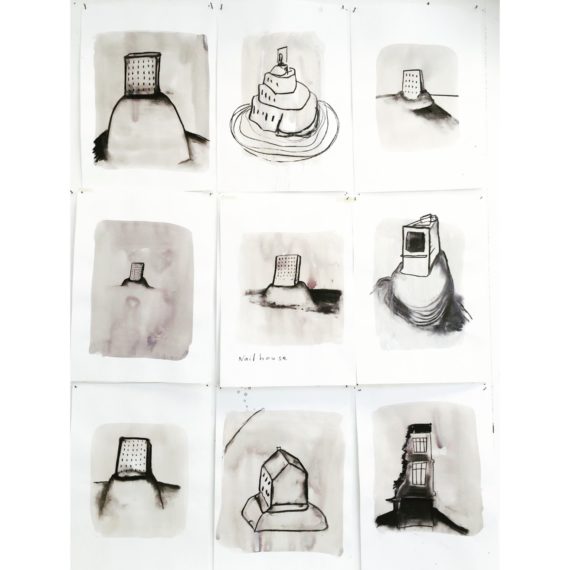 The winner of the Student Award of £2,000 is Laura Hudson for her drawing made with charcoal on wash, Nail House Drawings (2018). The work is a series of nine charcoal drawings on paper, fixed to the walls with nails. The drawings refer to what are termed ‘architectural holdouts’ – homes that people refuse to leave when they are scheduled for demolition. 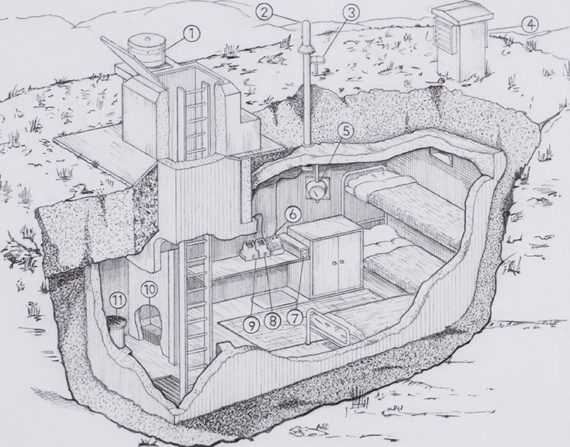 A new Working Drawing Award of £1,000 was awarded to Andy Bannister for his graphite drawing, ROC Post ’64 (2017). The drawing is developed from a diagram of a now decommissioned Royal Observer Corp (ROC) underground monitoring post from the early 1960s.

Commenting on this year’s exhibition and winner, the Prize’s founding director, Professor Anita Taylor, said: “The 69 drawings selected for the Trinity Buoy Wharf Drawing Prize 2018 exhibition represent a broad and diverse interpretation of current drawing practice, in their subject, content and form.

“Caroline Burraway’s large-scale charcoal drawing presents a compelling portrait of a young migrant, Eden, in a refugee camp in Calais; here, the unique capacity of the act of drawing to provide a record through close observation brings Eden’s presence (and experience) to the forefront of our consciousness.”

The Trinity Buoy Wharf Drawing Prize continues until 17 October 2018 at Trinity Buoy Wharf, London E14 0JY. It then tours to The Wilson Art Gallery and Museum in Cheltenham, The Gallery at AUB in Bournemouth, and the gallery at the Royal Drawing School in Shoreditch, London