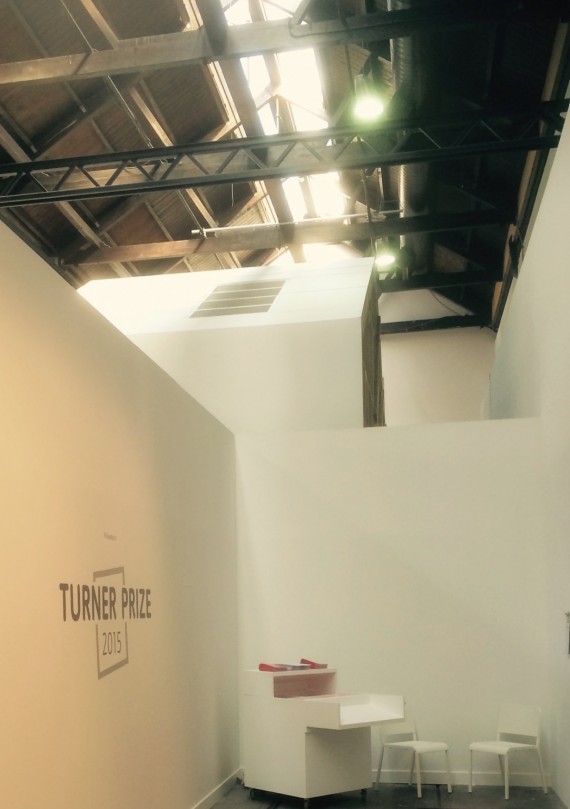 The latest exhibition for the biggest award in contemporary British art, the Turner Prize, is now open at Glasgow’s Tramway. It comes as no surprise that responses to the show of the four shortlisted artists have so far been lukewarm.

As a shortlisted artist participating at the Tate in 1997, the compromises required to make everything “fit” the lumbering Turner Prize machine overwhelmed both the work and possibilities for its interpretation. This year that homogenisation extends to turning Tramway, one of the UK’s most distinctive and cavernous exhibition spaces, into a claustrophobic warren of corridors and white cubes.

Tramway director, Sarah Munro, has said: “In truth the Turner Prize and those artists associated with it don’t really tell the full story … the context is much more layered.” This hints at the complex power dynamics which dominate the prize. The ethos of the Turner is the antithesis of the artist-led communities and workspaces in which many of the nominated artists were nurtured. Having directed what began life as an artist’s collective, The Collective Gallery in Edinburgh, for many years, Munro is acutely aware of this.

Over the last 15 years, galleries, museums and the Turner Prize itself have struggled to present a more socially engaged practice that crosses “boundaries between art, activism, urbanism, anthropology and many other fields”. Most often this “complex, contradictory and unruly area of practice” loses its vitality in the process.

But this year, Assemble, an architecture collective, nominated for their work on a Liverpool housing project, do manage to look distinctive. They have translated their work into an “exhibit” by building the self-contained, enclosed Granby Workshop Showroom, with products and samples made by residents in their Liverpool projects, and available to purchase soon.

Locating the Turner show in Glasgow is also part of this push to extend boundaries and venture beyond the ivory towers of Millbank’s Tate Britain. This year’s show is the fourth of its now biennial manifestations outside of London, having already decamped around the country to venues in Liverpool, Gateshead and Derry.

Penelope Curtis, Tate Britain’s director, says: “Given how many artists from Glasgow have made up the Turner Prize shortlists over recent years, it is great to have the prize on show in Tramway, which feels like a natural home for the prize this year.”

‘Home’ is an emotive idea. In the run up to the exhibition, home and identity have dominated discussions for all the wrong reasons. For the first time since 2004, none of the four shortlisted Turner Prize artists are Scottish, or based in Scotland. Outraged local press speculate about their deliberate exclusion by the prize’s selection committee, while Guardian critic, Jonathan Jones was outraged that an accompanying touring exhibition of previous Scottish Turner Prize winners and nominees “reeks of Tartan fetishism”.

But the fuss around (the exclusion of) the home team overshadows the fact that, for the first time in years, all of the artists actually have London as their chosen base.

The continued draw of the capital is at odds with a general perception that artists are fleeing to northern parts because of the pace of gentrification. Artists occupy a new area; are inevitably evicted as it becomes more desirable; the space is then co-opted by investors. This is not to say that cities outside London feel any benefit from this: although the gentrification of London may continuously uproot artists from their communities, the city is overwhelmingly good for the art market and, in turn, for institutions like the Tate. Despite rocketing prices, London retains its artistic allure.

This is in stark contrast to Derry, the venue for the 2013 Turner Prize, where the planned “cultural hub” around the gallery which hosted the exhibition is now an office complex. The same cycle can be seen repeated in the other Turner Prize host cities outside of London.

At a recent symposium in Newcastle’s NewBridge Project, the 200 or so tenants of this artist-led community of studios and exhibition spaces at risk of losing their city centre premises to redevelopment, were asked whether it was time for artists to ‘grow up’ and accept the new agenda of cuts, philanthropy and big business sponsorship. Their answer resonates for any artist trying to find a way to work and survive while negotiating situations which are out with their control: “No, we don’t need to grow up – not if growing up means compromising our values or forgetting why we became artists in the first place.”

For me, returning back to working as an artist in Glasgow after the Turner Prize meant the simple pleasures of home and a clear artistic identity, built on a slow and steadily developed practice; creating my own, unmediated relationship with the “public” who were at the centre of my research and practice. This way of working was fostered by the core curriculum of the environmental art department at Glasgow School of Art, where I studied. Regular public art projects forced students out of their studios to consider how to make work in public space, temporarily exhibiting the results in that context.

While Tate branding will always reinforce the association with the capital, a lasting legacy of the Turner’s residency in Glasgow would be for the prize, to become truly itinerant, allowing artists and their works to move out of the bricks and mortar of the white gallery space all together.

This direct response to artist’s working methods would allow freedom for both them and audiences from the hierarchies which currently permeate and dominate too many of the debates around the Turner. Experience of the Turner Prize would be based on public participation, not a second-hand media storm in a teacup or reliance on the accompanying “programme of workshops, talks, tours and activities for people of all ages to get involved and be inspired by the creative work on show”.

Nicholas Serota, director of Tate, tells us that the Tate Modern extension will be “a communal place where people can meet to share, debate and create”. It is time the same aspiration was extended to enable the Turner Prize to really come “home” and find a place where the power of the art, not the structures of power, is centre stage.

CORRECTION: The original version of this article stated that the Turner Prize exhibition had previously come to Newcastle. It in fact came to BALTIC in Gateshead.

Time to grow up? I’d rather stand up and be counted – Lesley Guy on NewBridge Project’s two-day conversation around cuts, philanthropy and city centre regeneration