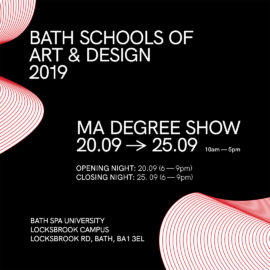 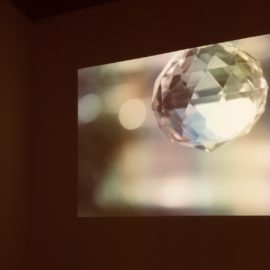 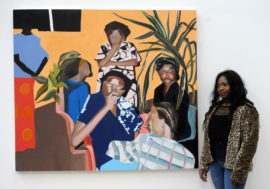 Newcastle University fine art graduate Joy Labinjo has won the £20,000 Woon Art Prize while University of Brighton graduate Oriele Steiner has been announced as the recipient of New Contemporaries’ studio bursary with The Royal Standard and Bluecoat in Liverpool. 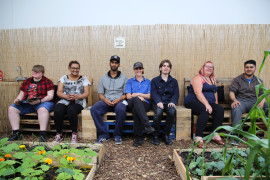 The Fine Art course at Wolverhampton is an intensive studio-based programme where staff and students work alongside each other, supported by technical workshops, theoretical engagement and a wide range of study visits and opportunities to promote and exhibit your work. 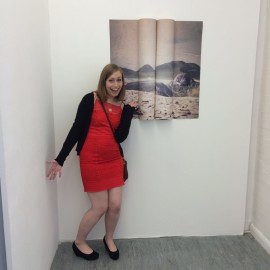 My Experience and journey through post degree show life.

The feeling of the uncanny is something I have tried to capture in my work. I want to take the viewer on a journey around the house, guide them into rooms and dark spaces with clues that will ultimately lead […]

Acetone Prints I have included 2 of my acetone prints of images I took at Tranmer House in my show. The top image is a wedding photo which I distorted in Photoshop. It is a link to home life, marriage, […]

Super Sculpey clay is a material I have never used before. Once it is rolled in your hands it becomes soft and I was able to sculpt it into a figure. I used an anatomy drawing to get the basic […]

Hanging my work is something that I’ve never been to precious about. I’m more than happy to bang a couple of nails in the wall or drill some screws into a painting and that be it. Funnily enough, for someone […]

Before I started hanging any work on the wall I had to decide a) what I was going to put up and b) how it was going to all be situated on the wall. I didn’t want to start randomly […]

I was very happy with the space I was allocated for the degree show, it was a long corridor style space which actually looked quite over whelming at first. I’ve seen this space before, obviously, but never this bare. It […]

Well, I’m busy busy, on the 10am to 10pm shift, in preparation for the Degree Show, 2016 UCS. Working non-stop, till I drop. I am blessed with two amazing daughters’ that have dinner ready for me! #degree show, #homelife walls, […]

I picked up my prints yesterday. Some will need to be stained with tea and aged by scratching into the surface. The original photos are pasted to a board with the photographers name printed on. The lettering is beautiful. I […]

Room 1 I am lighting both my rooms using a LED wired to a battery. The light is turned on by pressing a switch down. I like the idea of the rooms being interactive. The viewer will look through the […]

For room 2, I decided to make an insect print for the wallpaper. Insects are used in forensics to determine the time of death and they can reveal to a forensic entomologist if the body has been moved. They are in […]

A tutorial with Robin led to the idea that I might include my photographs I took at Tranmer House in my degree show. I could display them in an old photograph album or perhaps a book. A trip to a […] 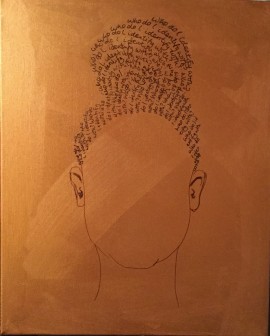 Running the race with endurance.

I went into uni today to work on a new ink drawing. The image I used for reference is a real crime photograph of a body which is falling onto the floor, all you can see is the shoes and […]

There is something very creepy about stairs at night. The way they creek and the shadows the bannister makes on the walls. And what is inside the cupboard under the stairs? Why is the door half open? Alfred Hitchcock taking […]