SUNDAY 7 APRIL 2019 Sunday felt like a bit of a blur? The focus of the day was reflecting on who we are as artist-activists (Artivists) and what we need to get to where we want to be. Back at […]

SATURDAY 6 APRIL 2019 Rocked up to Artlink, one of my favourite arts spaces in Hull. The morning was quite heavy, but I really enjoyed it. Vikkie showed a Powerpoint explaining all about the City of Culture (C0C) in Hull […]

I’m writing this a LOT later on than I would have preferred – the second UNION weekend was pretty much a whole month ago now. Saying that, I’m trying to purposefully allow time in between <insert the something here> and […] 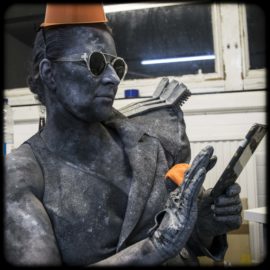 SUNDAY 13 JANUARY 2019 Got up, packed, wrote a secret thank you note for my hosts to find after I’ve gone which I left in my room (I wonder if they’ve found it yet?), and went downstairs for breakfast. David […]

SATURDAY 12 JANUARY 2019 I went downstairs on Saturday morning to find this spread that Lily had laid out that would make any B&B proud – pot of tea, croissants, fruit, yoghurts, jams, mini packs of cereal in a bowl… […]

FRIDAY 11 JANUARY 2019 I was at work all day that day – facilitating an art group in the morning and then in the office during the afternoon. I left work to embark the hour and a bit drive to […]

How do I even begin to explain? Honestly. Last weekend (11-13 January 2019) I officially began my UNION journey. I’ve been looking forward to it starting for ages even though I wasn’t sure to expect in the slightest. The first […]

I have become a nomadic artist in the sense that I am now studio-less, it feels very strange. I am sure I will miss the community of artists as well as that space to work in. It is going to […] 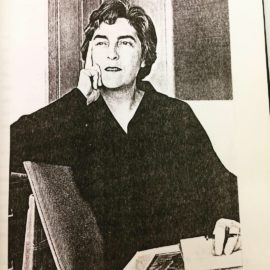 This is a collection of free development opportunities I have found whilst surfing the net. Enjoy Gimara

Studio-Intensive Day 9 Well, last day of my plan. It has been a headlong, packed week that is intended to project my development forward. Forwards and upwards. Would have liked more feedback and input but, the nature of things is […]

This blog documents a self-initiated, studio-based project of artist development as a response to a rejection to a mentoring scheme.

More, drawing, more studio time – more blogging. I have interspersed this post with several images of the work I have been doing since my last major post alround a year ago.  It is by no means exhaustive but […]

i’ve met with the skin and bone trio. greg, walt and geogre have been playing together for about 18 months and they are looking to add visual elements to their set.     we met in the first floor function […]

things are starting to get a little more serious.  i want to submit shimmering place to doc fest 18 and this is requiring me to look at and consider questions set as a result of a meeting with part of the […] 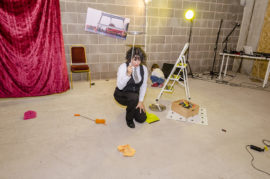 This project is a continuation of the performance #work where I used the action of spinning a plate that highlighted the accessibility of this simple prop. In this blog I will document my project research & development.