There is an investigation. Something is to be found but I don’t know what. Collected moments have been captured in a particular area, in particular streets, focusing on graphic design, signage, lettering and evidence of historical fame. Somehow the breaking […]

It has been a very long time since I’ve posted a blog on account of the Masters of Research degree I have been doing at UAL Central Saint Martins. Who would have thought all that has happened has happened and […] 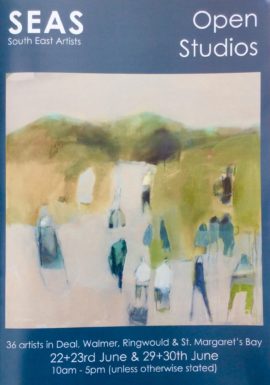 Last time I wrote I was going back and forth deciding how I should approach the 2 large blank canvases that were resting against the wall in my studio. I finally decided I was going to approach one by using […]

[Jessie Davies, untitled, (2017)]   The next underlined project workshop will explore a sense of ‘place’. I’ve recently been investigating collage and mixed media in my own practice, and I’m busy preparing collage materials and resources for the forthcoming underlined workshop. Why? Because there […]

Its chucking it down out there and I’ve spent a good proportion of the day in my studio. I am still working on my ‘Abstract City’ series, be it a little slow. One of the things I consistently find difficult […]

Moving on I have been asking myself ‘how do I develop my art?’ Is it a conscious or subconscious thing? I suspect it is actually a mixture of both. ‘What should I be doing more of?’ is a question I […]

I’m currently working on a drawing piece. It’s drawing in the wider sense in that it uses photographic images from the environment around us. These images are a mixture of man and nature creating marks, lines and movement in different […]

It’s been a while since I wrote my last blog – December and January seemed to pass me by. It got me a thinking about 2015 and what I felt I learnt and achieved in respect to my art practice. […]